Interview
The Eye of the Photographer: Travels in Color
A legendary French travel photographer shares some recent color work from the islands of Brittany—and looks back on a rich life filled with moments of solitude and beauty on the road.

The Eye of the Photographer: Travels in Color
A legendary French travel photographer shares some recent color work from the islands of Brittany—and looks back on a rich life filled with moments of solitude and beauty on the road. 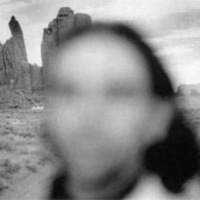 A legend in the domain of travel photography, French photographer Bernard Plossu has spent over 50 years photographing landscapes and vistas around the world: from the American Southwest to the deserts of Africa and everywhere in between.

His photos have garnered worldwide attention and have captivated the imaginations of generations of photographers both in France and abroad. Although he was long known for his black-and-white work, he has recently begun to embrace the world in vivid, living color.

Above, we present a recent series of work that he shot on the islands of Brittany, ”Bretagne, Les îles, couleur Fresson.” LensCulture contributing writer Elizabeth Temkin caught up with Plossu in Paris to find out more about his influences, his work methods and his favorite travel stories from a life on the road.

LC: The photos presented here, as well as much of your other work, undergo the “Fresson charcoal process.” Can you explain how this process is employed?

BP: I have been working with the Fresson family since 1967, and they do all my color printing. This began because they print especially well in matte, and this fit well with my usual black-and-white style.

The Fresson process is a rare and unique way to print color: it can be called “charcoal printing” as well. The grandfather, Theodore Henri, invented the process in 1899 and his son Pierre followed up. Later Michel and now Jean François—four generations, in all—carry on the tradition. What’s special is that it produces a particular mood, with a kind of grain that gives the land and the skies a matte sensation. It makes my pictures somehow peaceful and not at all tape à l’ oeil [flashy]. There is nothing glossy here, nothing spectacular, just the opposite, which is what I am looking for.

But of course, technically, the best way to understand it is to look at the Atelier Fresson’s website—it is all explained there, far more simply than I ever could!

LC: As a young person growing up in Paris you frequented La Cinémathèque Française, home to one of the largest film archives in the world. Can you tell us more about how your early interest in film informed your photography?

LC: Yes, the Paris cinematheque formed me visually. There, I could see the movies of Dreyer, Buñuel, Eisenstein, Bresson, Mizoguchi, Bergman and countless others. Instead of going to my philosophy classes at school, I went there and learned from the classics of cinema. Such luck!

LC: How do you feel your photographic style has evolved over the course of your career?

BP: One day, I made the decision to only use the standard 50mm lens—closest to the vision of the human eye. No more wide angle or telephoto. Since then, I have stood strongly by it. Now, once in a while, I’ll enjoy playing with plastic toy cameras for their fast shooting. But the 50mm is all I really need.

LC: You have traveled and photographed all over the world. What makes Brittany attractive as a backdrop for your work?

BP: Indeed, I have travelled widely since 1965. I am crazy about small islands, especially out of season. I photographed the small Italian islands, the Greek Dodecanese, and Port Cros and Porquerolles in France.

On islands, the far away feeling makes me forget the continent and modernity. On small islands, you find yourself in peace and cut off from the unnecessary tools of contemporaneity. Islands feel just like faraway deserts. For example, I traveled a lot in the African desert, and lived many years on the high mesas of New Mexico, hiking in remote areas of the huge Southwest. On these small islands, I felt the same sensation, of days now gone, away from the crazy speed of so-called “progress.”

But I had never been to the islands of Brittany and I was not disappointed…they are truly gorgeous! I ended up visiting three islands in three different areas of Brittany. One was Molene, which was wild and untouristy. The second, Houat, especially lovely and beautiful. And the last Brehat, which was well organized with gardens and domesticated sceneries—almost like an English garden.

LC: Do you have any favorite memories or moments from the road?

BP: The roads took me to so many places worldwide that I can’t think of a single, favorite one.

But I do like to say that India is ”le voyage des voyages.” And as for memories—there are many. Driving alone or with friends from Mexico City to Frisco and then returning several times throughout the 60’s…non-stop and fantastic! Those Mexican gas stations in places like Matehuala…such smells—an experience!

Editors’ Note: Bernard Plossu’s work can be found at the Galerie Camera Obscura in Paris.