Interview
Invitation to Frequent the Shadows
Art, like psychoanalysis, offers us flashes of insight and moments of truth without giving definitive answers. This multi-part installation/exhibition at the Freud Museum in London explores.
Interview with Bettina Von Zwehl
View Images

Invitation to Frequent the Shadows
Art, like psychoanalysis, offers us flashes of insight and moments of truth without giving definitive answers. This multi-part installation/exhibition at the Freud Museum in London explores. 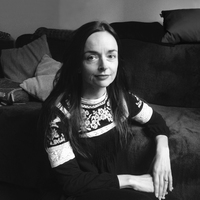 Presented at the Freud Museum, Invitation to Frequent the Shadows is the first response by an artist to the archives of Anna Freud, and forms a delicate and in-depth exploration of grief, loss and friendship.

Since her initial residency at the museum in 2013-14, fine art photographer Bettina von Zwehl has created a series of related projects that are intriguingly subtle and contemplative. Invitation to Frequent the Shadows sees her pieces integrated into the museum, forming an exhibition that must be experienced first-hand. Accompanied by Lament, a publication where her images are interwoven with texts from Josh Cohen, the two projects run parallel, creating a body of work that is elusive and deeply complex.

In the museum itself, the environment and the complexity of von Zwehl’s artworks combine to offer an insight into the creative process of psychoanalysis. The three works consider deep and challenging themes. Laments shows three silhouettes of different women and stems from a response to close female relationships; The Sessions is made up of fifty fragments of the same girl and alludes to the in-depth nature of a psychoanalytic session; Safelight casts the room containing Sigmund Freud’s couch into a dim red light. The pieces are subtle and intricate, deeply personal and evocative. 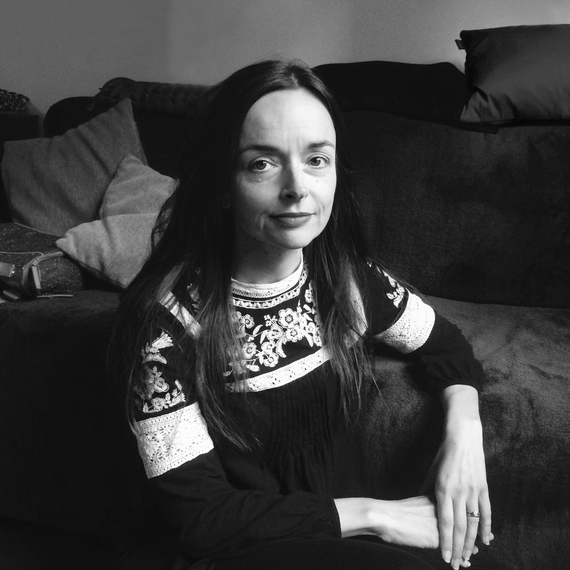 LC: What’s the story behind Invitation to Frequent the Shadows?

BvZ: In case you have never been to the Freud Museum—imagine a very beautiful, old house full of character, in Hampstead, London. It was the home of Sigmund Freud and his family when they escaped Austria following the Nazi annexation in 1938. The house became a museum after the death of Anna Freud in 1982—a pioneer, herself, in child analysis. She lived and worked there for over 40 years with her life-long partner and colleague Dorothy Burlingham, who was also a child psychoanalyst.

My residency came up a long time after I’d been interested in the legacy of Anna Freud and the house itself. People travel from all over the world to see the couch of Sigmund Freud and for anyone with an interest in psychoanalysis and its history, this alone is worth a visit. But I was always attracted to the house for personal reasons and also as a challenging site for interventions of contemporary art. The key exhibition that triggered my desire to work with the Museum was Sophie Calle’s intervention “Appointment” in 1999.

LC: How did your various projects develop?

BvZ: For this exhibition, I made five distinct but related installations in different parts of the house. When I first started working with the Anna Freud archive as artist in residence, I collaborated with the local primary school and developed and produced the initial project—Make a Note of Anything. (2013/2014), a photographic frieze now on permanent display in the Anna Freud Room.

But even after this intense five-month residency, I’d reached only the tip of the iceberg at the Freud Museum in terms of my research and understanding. Thus, I proposed to spend more time working towards a more substantial exhibition. During my residency I began work on the Laments series, as well as delving into a period of fundraising for the exhibition and publication.

Silhouettes entered into my work in 2012 but it was very much an ongoing idea. I don’t always know when something begins and ends. I work quite instinctively…Then, The Sessions, an installation of 50 fragmented silhouettes arrived as a direct extension of the Laments project. This had a more experimental approach.

LC: What themes are you exploring with your work?

BvZ: The individual projects explore a broad range of ideas. In the Laments series, I’m exploring grief, loss, and friendship. Laments became an homage to a close friend of mine who died in 2009. It took a long time to make this work and to find the right presentation and context. After my friend died, I felt an immediate and natural urge to make work about her death and my loss but it all went wrong and didn’t work out. Only now, seven years after her death, I have arrived at a point where I feel some of this grief has found a way into my work.

I thought the Freud Museum was the perfect venue for the work—especially as my friend was a psychoanalyst who worked with young people.

LC: What parallels are there between the artistic, creative process and the process of psychoanalysis?

BvZ: Psychoanalysis requires creativity on both sides: on the part of the analyst and the patient. Both processes require openness to change and towards a state of uncertainty. Back in 1957, Anna Freud made some important observations about the parallels between the artistic process and the process of psychoanalysis in her introduction to Marion Milner’s On not being able to paint.

She describes how both ventures, the analytic as well as the creative one, “seem to demand similar external and internal conditions.” Anna Freud talks about the same “terror of the unknown” in both processes — the same necessity “to accept chaos as a temporary state” and a parallel aim towards “the creation of new attitudes and relationships on the basis of the newly created powers of insight into [an] inner world.”

I strongly relate to what she wrote—especially the plunge into uncertainty and temporary chaos in both ventures.

LC: Finally, how do you think this exhibition can help us understand psychoanalysis and the unconscious mind?

BvZ: Personally, I wouldn’t make such a grand statement. These terms are all very slippery and we have to be careful how we use them.

The central project of the show is The Sessions—which has a strong experimental feel to it. It’s a voyage to the core of my practice and it reflects the love/hate relationship with my medium. It’s a glimpse into that dark, magical void.

Editors’ Note: Invitation to Frequent the Shadows runs from the June 3 - July 17, 2016, showing at the Freud Museum in London.

Lament is available as a 120-page publication by Bettina von Zwehl and Josh Cohen, published by Art/Books. 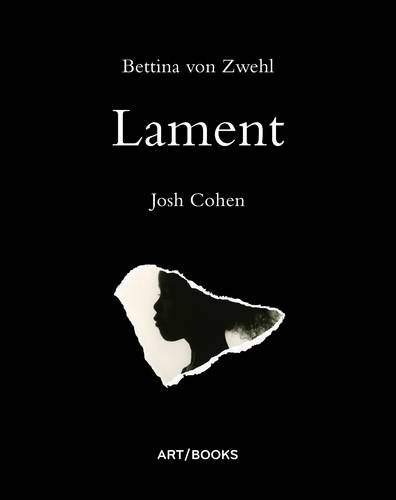