Interview
Not For the Faint of Heart: Views from a Freelancer
Stirring, hard-earned wisdom from a photographer committed to his craft and to a deeply engaged life on the road. Learn what it takes to work as a photojournalist today.
Interview with Blink member Pete Muller
View Images

Not For the Faint of Heart: Views from a Freelancer
Stirring, hard-earned wisdom from a photographer committed to his craft and to a deeply engaged life on the road. Learn what it takes to work as a photojournalist today. 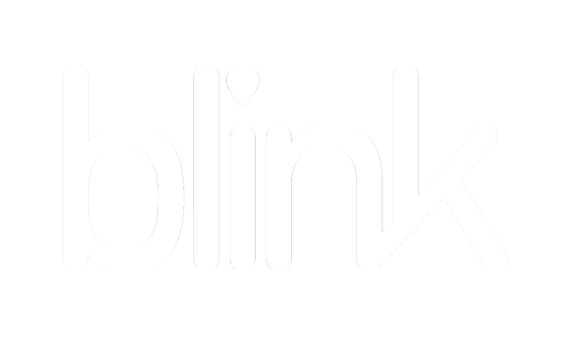 Pete Muller was born to a lineage of visual artists. His first photo job was assisting his mother in the darkroom. A history major at college, Muller shifted towards journalism to quench his curiosity. Captivated by issues of nationalism, masculinity and violence the award-winning PRIME photographer has spent the past decade covering conflict zones for renown publications around the world.

Recently, Blink’s Sahiba Chawdhary interviewed Muller about his inspirations, current projects and what it is like to be a freelancer based in Africa.

Sahiba Chawdhary (SC): How did you end up pursuing photography?

Pete Muller (PM): I began to pursue photography after a few years of print reporting. My mother, Paula, was a news photographer during my upbringing so while I had no formal training, photography felt familiar. I got into a lot of trouble as an adolescent and was thus conscripted as my mother’s informal photo assistant. I’d carry her bags, take down names and squeegee prints in the darkroom.

Between assignments, we’d sit in the car, listening to the scanner, and she would explain how the socioeconomic conditions in Lynn, Massachusetts — the struggling city where she worked — contributed to the crime and violence she so routinely covered. It was a crash course in sociology made far more impactful because it lived and breathed. I much preferred the experience to school, which I hated at the time.

This was the tail end of photography’s glory days in the second half of the 20th century and my mother was disillusioned with the future of the medium. While she gave me my first cameras, she quite strongly discouraged my eventual interest in professional photography. She believed that photography was being qualitatively degraded and photographers increasingly disrespected by outlets that usurped more of their rights. Despite her frustrations, she approached her daily work with relentless compassion and concern for the lives of people she photographed. Her deeply progressive politics informed her work which is blunt and humanistic.

SC: How has your mother’s career influenced your own choices?

PM: I come from a long line of photographers and visual artists so, in some ways, my participation in the visual world seemed inescapable. I say it this way because as I was growing up I never planned — or even hoped — to participate. My reluctance came from a somewhat neurotic assessment of the lives of the many artists in my family. On my mother’s side in particular, things were fascinating and chaotic in the way that Bohemians have mastered. Her father, Leon Kelly, was one of the pioneers of abstract surrealist painting and drawing in the U.S. His work is in the Whitney, the MOMA, the Met and other renowned collections.

Kelly kept interesting company, including James Joyce and Henry Miller during the years he lived in Paris in the 1920s and later with Russian painter Ilya Bolotovsky, dance choreographer George Balanchine and the infamous spy, Ludd Ullmann, who gifted my mother a Hasselblad 500c/m that I still use today. While Kelly’s life was largely defined by his creative genius, he was, like many artists, plagued by alcoholism, depression and failed relationships.

My mother and father, who are a photographer and art conservator respectively, had a tumultuous and short-lived marriage that, when combined with my impression of our family’s previous generations of artists, left me feeling that people in the arts are unstable. I thought that if I wanted a so-called “normal” life, I ought to pursue a more conventional path. It barely occurred to me, of course, that bankers and lawyers make messes, too.

SC: What attracted you to photojournalism then?

PM: I studied history at The American University in Washington, DC where I focused on the origins of contemporary ethnic conflict, nationalism and various aspects of masculinity. I thought, perhaps, that I would work in a political capacity as a conflict analyst or activist of sorts. I soon realized that my interest in history was, in essence, an interest in stories and that my temperament was better suited to journalism than to academia.

I saw journalism as an excuse to pursue my own curiosity and to contribute toward the broader understanding of issues that interest me. As someone who wanted to learn while being in the thick of things, it seemed like a natural pursuit. Photojournalism is a blending of elements for me — it satiates my interests in both the human condition as well as in the visual arts.

SC: What subject matter are you drawn to right now?

PM: I have long been fascinated with issues of power and access to it. I believe that nearly all conflict is the product of marginalization and the denial of access to power, representation and resources. I am therefore interested in subject matter that deals with power and the consequences of its denial, pursuit and retention — which are often violent.

I am also keenly interested in the sociological underpinnings of violence, particularly around masculinities and nationalism. A fusion of these interests is what drives my work.

SC: How have you found freelancing in Kenya? What advantages and difficulties do you face being based there?

PM: I moved to Kenya after living and working in South Sudan for three years and in northern Uganda for some time before that. I was grateful to work in-depth in South Sudan for that long but by the end I was eager for more variety in my work. Beyond being a fascinating and truly beautiful country, Kenya is a great hub from which one can cover the continent.

If a person is interested in working internationally, my advice is to pick a region and dig in. In my view, the best editors are not just interested in good pictures; they want to trust that those images are the product of a critical understanding of the environment. At times, I think that photojournalists can become too focused on photos and forget about journalism part. I think that being a good journalist, who generates interesting and original ideas, is equally — if not more — important than the pictures you make.

The wonderful challenge of photography is, of course, generating compelling pictures that illustrate a thoughtful, original and relevant idea. While we see some instances of professional success among those who jump from hotspot to hotspot, these are often exceptions. If a young freelance photographer is interested in working outside of his or her own country, it is important that he or she develop a strong understanding of a given region.

SC: What are the benefits and challenges of freelancing?

PM: I try to focus on the benefits of freelancing which are, in my view, numerous. While we all take work that pays the bills, I feel fortunate that the lion’s share of both assigned and self-initiated work is genuinely interesting to me. Freelancing allows the freedom to explore things that some view as esoteric but I see as fascinating. It gives me time to read, think and strategize about things I’d like to explore. It also allows me to have some variety in the type and pace of work that I do, varying considerably between a daily newspaper, a monthly magazine or a grant-funded project.

I pay for this freedom with the insecurity of not having guaranteed income or the formal structures that govern most jobs. In general, this lifestyle forces a person to work hard, make individual plans and structures and have faith that things will work out—perhaps in ways that you didn’t expect. It’s not for the faint of heart.

SC: Can you tell us how tools like Blink are useful for freelancers?

PM: I think Blink is an important tool in the freelancer’s kit. In the era where most outlets do not fly photographers around, it is important that editors know where you are and how you might be able to fulfill their needs.

SC: What projects are you currently working on?

PM: At the moment, I’m working on two projects. I’m currently researching the next chapter of my work on men, masculinity and violence that will likely explore dynamics around men in urban environments.

My first chapter looks at men in conflict situations in eastern Democratic Republic of Congo and I want to quickly branch out into other pillars of the conversation. To this end, I’m reading a lot about human sexuality and behavior in prehistory, primate behavior and about the human psychology of violence. I want a better understanding of what might really be natural behavior and what is the product of our socialization.

I’m also editing another project that deals with the militarization of anti-poaching in east and central Africa. With support from the Magnum Emergency Fund, I spent the month of July shooting a portion of this project in northern DR Congo where I discovered a lot of fascinating issues that might merit further engagement.

As far as assignments, I will spend several weeks in September following an expedition in Kenya for National Geographic Magazine.

SC: Do you have any advice for early-career freelancers?

PM: Read and explore voraciously. Figure out what really interests you and develop a strong body of knowledge on those subjects. Treat your pursuits in a somewhat academic fashion, review the literature and the existing work on the subject. Figure out what’s been said and, more importantly, what hasn’t. Evaluate what unique perspective you can bring to the discussion.

Working on issues to which you have a personal connection is important because it allows you a more nuanced voice. For example, I pursue the issues of masculinity because I have had my own lengthy struggles with conventional masculine identity. When things are more personal, one cares more and therefore sees additional layers of a situation.

Learn how to speak about your work in terms that others can understand. This is incredibly important, I think. Find the connective tissue between your personal work and the broader community of people who might publish and/or consume it. Why should people care? How does this relate to their lives? Let your excitement about your work show when you meet with editors or funders. Excitement about work is infectious and it is important to develop the ability to impart that excitement to those who can help support you.

Pete Muller is a photographer and multimedia reporter based in Nairobi, Kenya. Muller is a contributing photographer to The New York Times, The Washington Post, National Geographic Magazine among others. He has provided media support for human rights and development organizations such as Amnesty International, Human Rights Watch, UNICEF, Norwegian People’s Aid, and Greenpeace. Muller is a member of the Prime photography collective.