Feature
The Poems: Visual Explorations into the Unconscious
Utilizing the language of the unconscious and of dreams, these visual poems transport us into irrational but emotionally rich worlds, where locked away feelings unexpectedly rise to the surface of our minds.
Photographs by Boris Eldagsen
View Images

The Poems: Visual Explorations into the Unconscious
Utilizing the language of the unconscious and of dreams, these visual poems transport us into irrational but emotionally rich worlds, where locked away feelings unexpectedly rise to the surface of our minds.

Despite over 200 years of psychological investigation, the unconscious remains as vague and powerful as the gods it emancipated itself from. As a reservoir of our past experiences, it stores urges and feelings to which we have no rational access.

However, some images can open these doors, if only briefly, and trigger emotions, unlock memories and connect us with a different side of ourselves.

Using archetypes and symbolic acts, Eldagsen’s work speaks the language of the unconscious and communicates on a dreamlike level. His visual poetry transports the viewer between the sublime and the uncanny—where the attributes of photography, painting, theatre and film unite.

Eldagsen only works at night, with minimal equipment, utilizing an in-camera approach without digital manipulation. Like a moth, he roams the streets searching for light, practicing what he has termed “Inverse Street Photography”: instead of exploring stories, a place or a person, he hijacks and transforms what he sees in front of his camera to become a symbol for the timeless workings of the mind.

Eldagsen also stages images with models to create a portrait of the Collective Unconscious. To develop ideas and impulses for the shoot, he maps the overlapping areas of his and his model’s unconscious. Then he follows the dynamics of the shoot to move deeper down the rabbit hole.

“The Poems” is an ongoing meta-series of single images (numbered or titled) and single videos. Eldagsen presents this work as site-specific installations wherever it is shown. 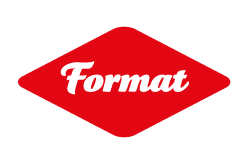 Editor’s Note: The Poems was exhibited at the 2015 FORMAT International Photography Festival in Derby. The theme of this year’s festival is HABITAT and is currently accepting proposals for projects and exhibitions. Learn more about this great opportunity to exhibit your work at a world-class festival—the deadline to submit is fast approaching!