Interview
Arctic Love: Way, Way Out in the Wilderness
Six years ago, Tinja traded in her city life for the arctic landscapes of Lapland; today, she raises 85 sled huskies in the icy heart of nowhere. See her story and learn more about the photographer who journeyed out there to find her.

Arctic Love: Way, Way Out in the Wilderness
Six years ago, Tinja traded in her city life for the arctic landscapes of Lapland; today, she raises 85 sled huskies in the icy heart of nowhere. See her story and learn more about the photographer who journeyed out there to find her. 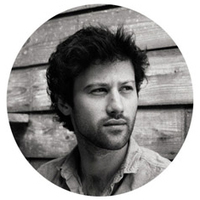 “With over half of the world’s population living in urban areas, man has never been so disconnected from nature and open spaces.”

Young French photographer Brice Portolano has always been inspired by the relationship between nature and humanity. In 2013, he started an ongoing project titled ”No Signal,” which documents various examples of people returning to the wilderness across the Western world. The series “Arctic Love” is just one of the four striking photoessays that compose the project as a whole.

In “Arctic Love,” Portolano chose to focus his lens on Tinja, a young and brave Finnish woman. After completing her studies in biology six years ago, she decided to leave the city of Jyväskylä for the arctic landscapes of Lapland. She eventually settled down 180 miles from the nearest town. There, together with her boyfriend Alex, she undertook a completely different lifestyle. Today, she raises 85 sled huskies while living in a cabin with no running water or electricity.

In the following interview, Portolano tells us about his experiences with these individuals and reveals a bit more about his work process.

LC: ”Arctic Love” is part of a larger body of work called “No Signal.” What drew you towards this subject in the start?

BP: It all started in 2013. I was traveling on a road trip in the Western US when, through Couchsurfing, I met Ben and his girlfriend Katherine. They were planning to butcher a hog while I stayed with them. I was curious and wanted to know more about their lifestyle.

Ben is one of these Americans who want to know and control where their food comes from. Living in an urban part of Salt Lake City, he and his wife have organized their house and backyard in order to produce as much of their own food as possible. A few years ago, Ben decided to go further into self-sustainability by hunting his own meat.

We became friends and I kept contact with them. A few months later, Ben sent me a message saying he was going hunting in the northeastern Utah forest. Even though I was in Montreal and he was leaving 48 hours later, I hopped on a bus to New York, took a flight across the US and joined him. That was the start of ”Back to the Land,” where “No Signal” began.

Quickly, I began to realize these kinds of stories were too compelling not to share. In further travels, I began to meet more people who had come to feel that they needed to connect with nature again. I was attracted to these kind of characters since I had always been surrounded by nature as a kid.

LC: Paris (your current home) and Lapland are pretty far from each other—how did you create the contacts to produce “Arctic Love”?

BP: I do a lot of research on the web beforehand. For example, I’ve found many of my subjects using platforms like Youtube, Facebook, Work Away, Couchsurfing and others. Once I’ve done my research, I try to start a relationship with my potential subjects by explaining my project.

Sometimes it can be very challenging—most of these people are rarely connected to their computers and it’s often very hard for them to get back to me on time. Take Tinja for example: I almost gave up after having no reply from her for a long time. Then, two months later, in the middle of winter, I was there, in northern Finland.

LC: What was the light like in Lapland? As magical as it looks?

BP: When I arrived in early January, the polar night was just ending and the sun was slowly coming back. The first day lasted just 9 minutes. Suffice to say the evenings are long and pass by in candle light. Over the 20 days I stayed with Tinja, the maximum amount of daylight I had was around one hour. We were literally stuck between dusk and dawn.

Because of this constant low-light condition, everything looked very delicate and blue. The atmosphere was haunting and at the same time the cold weather conditions were challenging. For example, maintaining the feeling in your fingers while taking good pictures is not easy when it’s -40° C.

LC: Once people reconnect with nature—as Tinja did in “Arctic Love”—how do they change?

BP: I found that nature has a deeply positive effect on humans both mentally and physically. Having to face the strength of the natural elements tends to make people more humble and puts us back in our place as humans. There’s no better lesson of humility than seeing a whale breach right in front of you or having to cope with unpredictable weather in the mountains

LC: When in the field, how do you manage to create the empathy with your subjects?

BP: For most of the people I take pictures of, there are other priorities besides my photographs: they might be chopping wood, hunting, fishing, pulling nets, taking a tree down or driving to town. They’re doing something that requires their full attention and I need to make myself necessary rather than just being an outsider taking pictures.

This means that I often take part in the job they’re doing and share their lifestyle to the fullest. Last year, for example, when I spent two months in southeast Alaska, I spent quite some time with Jerry (real-estate agent turned oyster farmer). I spent a very intense month at his home, working with oysters in heavy rain-gear. By assisting him with his work, I humanized my role. I wasn’t merely a spectator but an active player in his life. This allowed me to gain his trust and then access his intimate world.

LC: How do you find a balance between aesthetics and documentary in your work?

BP: I’m attracted by images which are aesthetically powerful but I also know that the message might reach more people if the picture is beautiful. Nevertheless, I often keep images which might be less attractive in view of the depth of feeling they evoke or the action they depict. A balance is key.

LC: Do you think that someday you too will choose to live far away in the wilderness?

BP: I have a true fascination for nature and I’ll probably be based in a place closer to nature than Paris in the future, but my choice won’t be as extreme as the ones some of my subjects have made. For now, I like to experience the contrast between these two worlds; to live in between, interacting with people belonging to either the urbanized world or the extremely wild one. Keeping in mind these opposite personalities and comparing their different lifestyles—that’s what keeps me objective.