Interview
Collectives Spotlight #3: Burn My Eye
With a camera in hand, we have the opportunity “to see past superficiality and pretension, to burn through society’s veneer and truly see.” Or such is the founding belief of this intriguing international collective—read on to learn more.
Photographs by the members of Burn My Eye Collective
View Images

Collectives Spotlight #3: Burn My Eye
With a camera in hand, we have the opportunity &#8220;to see past superficiality and pretension, to burn through society&#8217;s veneer and truly see.&#8221; Or such is the founding belief of this intriguing international collective—read on to learn more. 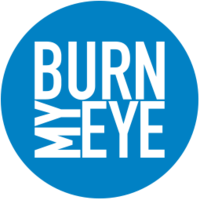 In the world of photography, the idea of collectives is not new: Magnum Photos set the standard nearly 70 years ago and countless other efforts have cropped up in the intervening decades. But what is new, or at least has changed dramatically in the past decade, is the ease and speed at which groups can form and collaborate. Combine this fact with street photographers’ wide-ranging embrace of social media, and we are witnessing an explosion of collectives that bring together like-minded street shooters from around the world and then rapidly disseminate their work across digital networks.

Week by week, over the course of the LensCulture Street Photography Awards 2016 , we will be featuring inspiring street photography collectives from across the globe. This week, the international collective known enigmatically as “Burn My Eye.”

LC: What were the origins of your collective—what first brought you together, what’s kept you together as time has gone on?

Most of us first met on the popular Flickr group Hardcore Street Photography. We wanted a place to discuss our work with peers we respected and admired. Later, as the group continued to expand (currently numbers nearly 75,000 members and growing), we made a private group for our own purposes. We enjoyed the resulting chemistry and fruitful interactions so much that we eventually decided to form the BME collective in 2011.

People have come and gone from the group over the last five years, but what has kept us together is our mutual respect for one another as well as our desire for useful criticism and insight into each other’s work. We also enjoy creating edits involving multiple members’ works, creating series that are greater than the sum of their parts.

What has cemented our ties further is certainly being able to meet up in person, putting names with faces at the several international exhibitions we’ve been invited to over the years, including shows in London, Paris, and San Francisco. As a result, our online conversations flow more smoothly when less is left to oversimplified interpretation of bare text. This has afforded us more flexibility and accommodation of our various quirks and eccentricities

LC: Can you say a bit more about your name and your binding philosophy—”to see past superficiality and pretension, to burn through society’s veneer and truly see”? How does the camera help you each accomplish this mission?

BME: Basically, the camera is objective, whereas our minds are not. People tend to see what they want to see, what they expect to see, instinctively omitting what the brain decides isn’t important to our survival.

At the same time, so much of society is wrapped up in the games of life, e.g. mobile devices, online personas, poly-chromatic advertising and popular culture. Most people don’t pay very close attention to the details of the world around them, the undercurrents and subtle elements that play out in plain sight. But the camera sees all of this without differentiating.

LC: What about shooting in the street feels consistent with this ideal? I’m sure this varies from person to person, but perhaps there’s also a collective commitment to the medium that has been forged over time?

BME: Yes, we all have our different, individual styles but we tend to agree that photographing the expected, planned or foreseeable is terribly boring and repetitive. So, we each let our cameras follow our curiosity in different ways, aiming towards the flow of our lives, engaging in the act of saying “yes.” This thing, this moment are all parts of our world; this happened, it was there—you didn’t see it? Well, take a look.

But it’s not just random snapping. We are all ”passionate spectators” as Charles Baudelaire put it—a good photograph conveys the spirit of the moment through effective composition and the intelligent, emotive choices of the photographer. Too much of so-called “street photography” today abuses the label as an excuse for sloppy, random, over-processed syrup. In their pursuit of adding something, anything, to the grand mix, people conveniently ignore the fact that while street photography is extraordinarily easy to do, it is also extraordinarily difficult to do well.

Our commitment is to effectively conveying, through these rare, fleeting glimpses, some of the otherwise-unseen realities of our world—realities that extend beyond the confines of our own limited imaginations.

As to actual shooting: a disciplined eye often results in fewer shots. While what we do may be interpreted as a desultory snap to the casual bystander, that fraction of a second, that quick gesture, may have been years or even decades in the making. We are all on that path, at one point or another.

LC: Collectives seem to be an important structure for street photographers, in particular. Why do you think that’s the case?

BME: Street photography is mostly a lonely pursuit; walking around with other people creates a distraction from one’s observation of the world that can have a negative impact on the way one sees, what one photographs, or even the way one walks. When with others, every corner requires consultation, every step a look back. But alone, disconnected from all of that, one is able to be open to every whim, every whiff of intuition that wafts through one’s mind. Other types of photography, e.g. studio photography, are more collaborative efforts.

In this light, it is even more important to have a group we identify with, a place where we can all ask questions and vent and be understood after long days of pounding the sidewalks alone. Also, in this era of social media popularity contests, Kickstarters and other virtual meat-market strategies to monetize and make one’s mark in this crazy mix where seemingly everyone is everywhere—being part of a collective provides a welcome dose of personal connection. This is something many street photographers lack these days.

LC: What are a few of the successes that you have seen the collective achieve? Moments when you felt that the group had done something that would have been difficult for the individuals to accomplish alone…

BME: Our group edits, which are series based on a particular theme and involve work from most or all of our members, have won praise from several international festivals. That’s a more visible success.

But we all also benefit greatly from our interactions and observations of each other’s work. While the latter may not be as obvious, over time it has helped most, if not all, of us in our personal development as photographers.

LC: If a new group were interested in starting a collective, what advice would you have for them? Challenges to watch out for; things you wish you had known at the beginning?

BME: Starting collectives has become more popular in recent years; we’ve seen several start out with a bang and then…nothing. There’s nothing wrong with that, of course; many fruitful things could be happening under the radar, just waiting for the right time to bring to the light of day, but you shouldn’t start a collective just to be able to say you’re in a collective.

We came together mainly as a useful way to benefit from each other’s insights and perspectives, and our friendship has sustained us through the years. Of course, nothing is perfect, and members have come and gone, but it is always going to be an evolving entity. It’s easy to get upset over the inevitable internal conflicts, but it’s useful to realize that it’s not the end of the world.

Editors’ Note: You can find more of the work of Burn My Eye on their website—14 photographers in total, from all over the world. They also run an active Instagram feed, which is currently being featured on LensCulture’s feed this week—check it out now!