Feature
The Visible Mountain
Mount Trebevic used to be a powerful symbol of Sarajevo, but its symbolism as a sacred place has evolved since the ‘84 Olympics, the war in ‘92, the delineation of a new national border in ‘95, and the remains of hidden landmines — this is Sarajevo today.
Photographs and text byCamilla De Maffei
View Images

The Visible Mountain
Mount Trebevic used to be a powerful symbol of Sarajevo, but its symbolism as a sacred place has evolved since the &#8216;84 Olympics, the war in &#8216;92, the delineation of a new national border in &#8216;95, and the remains of hidden landmines — this is Sarajevo today.

Mount Trebevic used to be a powerful symbol of Sarajevo: Considered a sacred mountain since the times of ancient Slavs, Trebevic was declared a national park by Marshall Tito’s government. So close to the city, but at the same time so green and wild, during the second half of the past century it became the privileged destination for Sarajevans’ day trips.

With the construction of a popular cable-car that led directly from the city centre to the first top, the bond between the city and the mountain grew even stronger: Trebevic used to be, literally, a part of Sarajevo.

In 1984 the Olympic Winter Games took place there, an event that marked a turning-point in the town’s history, the last moment of glory before the catastrophe.

As war broke out in 1992, the mountain was occupied by Serb-Bosnian troops, becoming one of the main enclaves from which the city was besieged. During three-and-a-half years  of conflict, all the facilities were destroyed, and today the landscape still wears the unequivocal scars of the actions that took place there. In 1995 the Dayton Peace Agreement froze the frontline, therefore the mountain was divided by the Interentity Boundary Line which separates the Croat-Muslim Federation from Republika Srpska.

After the war, Mount Trebevic was almost completely abandoned, partly because of the presence of mine fields, partly because the main facilities for sport and leisure were completely destroyed, but above all due to the negative symbolism of a place crossed first by the frontline, and later by an invisible but still powerful border.

Nowdays Trebevic remains frozen in time, and the ruins of the old facilities wasted by the war still loom over its landscape, making it an ambiguous, ghostly territory.

Enhancing the photographic work with the methodological tools of social anthropology, the purpose of this long term project is involved in the past and present of a forgotten place. What we have here is not just abandonment but the removal, in the psychological sense of the word, of a place that embodies a massive complex of painful memories and all the frustrations of the present time in Bosnia Herzegovina. 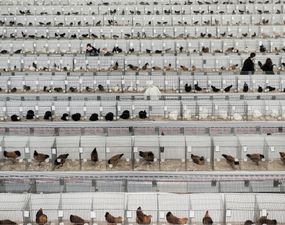 Trade Show
Jakob Schnetz
With sales totaling over 23 billion euros in Germany alone, trade shows are a massive source of revenue for capitalist economies. Here, an unsettling look at these bizarre, artificial spaces. 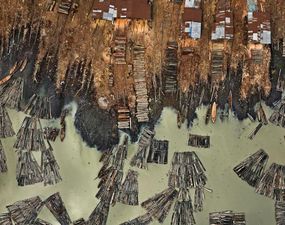 Visions of the Anthropocene: Our Planet, Today
Edward Burtynsky
Newly released images from Burtynsky’s forthcoming project, “Anthropocene,” as well as stunning shots from his most recent book “Salt Pans.” 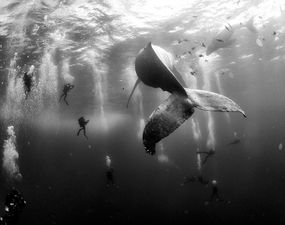 Best of January: Deadlines for Competitions, Workshops, Residencies and More
LensCulture Editors
Just in time for the new year—our editors have put together a curated list of worthwhile (and imminent) opportunities for photographers. Have a look and best of luck! 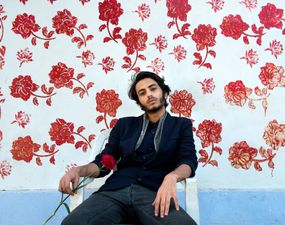 Mectoub
Scarlett Coten
What does it mean to be an Arab man today? French photographer Scarlett Coten explores in a series of intimate, open portraits of young men. 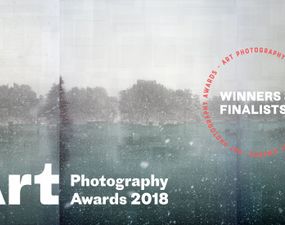