Book review
Catherine Opie
The artist’s first survey is a celebration of plurality. Picturing the people and places of contemporary America across her many series, Opie uses photography as a tool for connection, inviting us to look with empathy.

Catherine Opie
The artist’s first survey is a celebration of plurality. Picturing the people and places of contemporary America across her many series, Opie uses photography as a tool for connection, inviting us to look with empathy.

I heard about Catherine Opie the way queers of my generation discover the history we’re living into: the internet. It was a reference on some blog to a mythical sounding thing called the Dyke Deck. As internet searches brought up more examples of the playful cards Opie created in 1995, I looked at the portraits of the ‘Butches’, the ‘Femmes’, the ‘Jocks’, and the ‘Couples’ and felt as though I was discovering a lost family album. Here was some archive a distant relative had made of people I’d never known but somehow recognized. It was a thread I didn’t know I was holding onto.

The Dyke Deck doesn’t appear in Catherine Opie’s monograph, but in the interview at the back of the book the artist shares that her mother placed great importance on the family album in their home, constantly making home videos and snapping pictures. When Opie received her first camera at nine, she began to do this too. I can’t help but wonder if growing up in a household of family images, of documented memories, didn’t inform the way Opie relates to photography—the way she uses it to make viewers witness something, connect even. So much of the hope in Opie’s work seems to swim around this.

For example, you don’t have to surf to feel a kind of link to the subjects in Opie’s series Surfers. Nor do you have to play football to connect with the portraits of jocks making up the series High School Football, nor be a lesbian family to find the images of such families in the series Domestic penetrating. This is the potential of photography. The act of looking can make viewers feel implicit, can make them want to understand the connection between themselves and the stranger they are looking at. At the back of the book Opie asks, “If I image it, and image it, and image it, somehow, within that library, within that archive, am I punching any holes at all in the way that people can become more empathetic?”

This question runs through the lifetime of images collected in the Catherine Opie monograph. The artist has a deep curiosity for connection. The way the book is organized teases this out even further. Rather than placing Opie’s work in chronological order, or even dividing it up by project, the photographs don’t adhere to any sort of structure. There’s an image of a mansion in Beverly Hills shot in 1995 across from a landscape of a football game in Texas from 2008. Why do these two images share a page?

Something about the form of a book makes me want to draw lines between the sequencing of images. It feels like someone playing with that desire, playing with my need to connect, but also playing with my assumption that certain things don’t fit together. Maybe this field of red and white jerseys, of faces too distant to make out, is every bit as impenetrable as the austere mansion with giant doors and no windows. Maybe both are a kind of home for someone.

Then again, sometimes there is a link between the images that share pages. It’s like a commercial break where one project demands attention for a few pages before mixing back into the larger body of work. Then there are pages where the photographs aren’t from the same project or even the same time period, but the thread between them feels more obvious, even purposeful. Jesse, 1995 and then enface Jesse, 2009

An oval mirror reflecting Elizabeth Taylor’s many purses across from an oval portrait of a person’s back. We can’t see the face of this person, and we never see the actual celebrity in the many photos Opie took at 700 Nimes Road, Elizabeth Taylor’s home. The photographs cast shadows onto each other, the purses influencing my gaze as I stare at the opposite portrait and see the posed subject as a woman. Just like Opie’s many projects, the way this book is organized teases out our capacity to form connections, what happens when we bear witness.

Witnesses can make a thing valid. They make the invisible suddenly visible. Opie’s work feels intimately aware of this. She photographed her series Being and Having and Portraits because she wanted to challenge the way queerness was trying to fit into mainstream domestic society at the time. As a member of the leatherdyke community in San Francisco, Opie wanted to make sure queer S&M relations weren’t hidden away in the effort for queer acceptance, so she began asking friends from the community to sit for her. Eventually, she joined them in front of the camera.

In Self Portrait/Cutting, 1993, we see a standard composition of a portrait. There’s a deep satiny green fabric making up the background, and in front of it stands the artist visible from the waist up with her back to the camera. But what my eyes focus on first when I look at this image is the blood dripping from Opie’s bare back. Cut into the skin is the picture of two stick figure women holding hands and standing in front of a house. Of course a lot of writing around this image has asked about what blood on a queer person in the 90s makes audiences think of, but I think there’s another kind of tenderness, one of many, alive in this photograph of a cutting. It’s domesticity drawn out in a dialect of BDSM. It’s literally carving out a place, insisting that a pleasure in pain doesn’t negate the desire for family.

Opie shows how opposites exist inside a single definition, a single person, a single city. Placed alongside the many portraits that appear in this book are images of architecture and highways and swamps and places where no people are visible. In all of the documentation she made for her American Cities project, Opie includes two parts of the city that can feel in opposition to one another: the total blue of Lake Michigan and the geometric black and white of downtown Chicago, The Freedom Arch and a St. Louis housing project, skyways and ice fishing huts in Minneapolis. Do we recognize a place by one part of it but not the other?

This question reminds me of Elizabeth Taylor too, of the portrait Opie took of her. I’m looking at images of minimalls from the American Cities series, but I’m also looking at a photograph of the celebrity’s closet which is printed on the same page. Opie didn’t want to take another celebrity portrait of Taylor. Instead, she captured the woman through her home, through the objects that the starlet had touched.

The specific photograph that shares a page with the minimalls, shows a closeup of a section of Taylor’s closet. Someone has arranged the clothing by color, so it’s a red photo, all silky and shimmering. We’re looking at quilted and velvetine sleeves, fabrics Taylor must have touched, must have felt some pleasure when experiencing their softness. I start to recognize her in the photos from 700 Nimes Road even if she’s never actually present. It’s wild to think that by removing the celebrity from the image, Opie actually makes a more intimate portrait. It’s not unlike all of her other portraits, only now the subject is invisible because of being too seen, so Opie makes us look again.

Looking at this much of Catherine Opie’s photography can feel like having your vision questioned, like learning to see better. Reaching the end of this huge collection of her work, I’m struck by how much Opie has chosen to look at. From portraiture to landscapes, political marches and sunsets, the photographer I met through a deck of cards can’t really be synthesized. Which, perhaps, is the beauty of collections like this. All the work forced into conversation with itself can change the way we see the images individually. It changes the way we see the artist too. 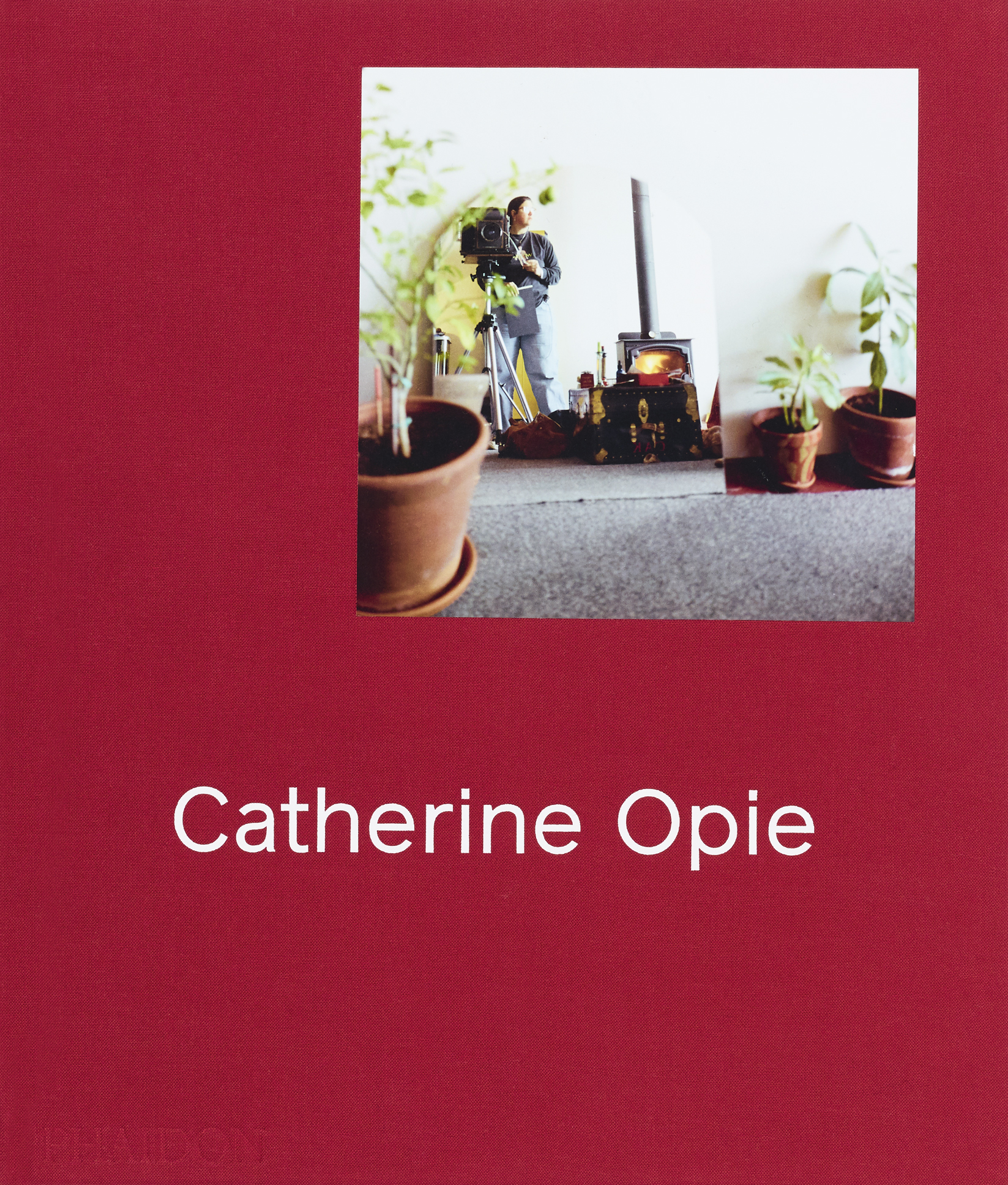 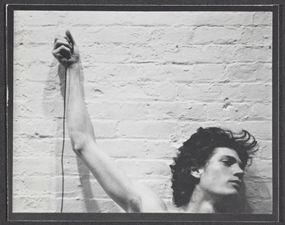 Mapplethorped: Photography, The Perfect Medium
Robert Mapplethorpe
Two blockbuster exhibitions—and their accompanying catalogues—form the basis of this extended look back on one of the most influential photographers of the late 20th century. 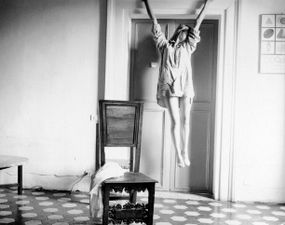 The Roman years:
between flesh and film
Francesca Woodman
Less a photobook than an academic thesis, this book explores the highly charged creative period experienced by Francesca Woodman while she lived in Italy. 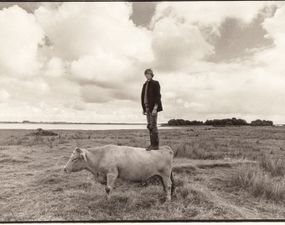 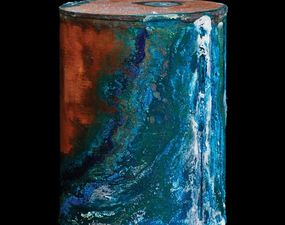 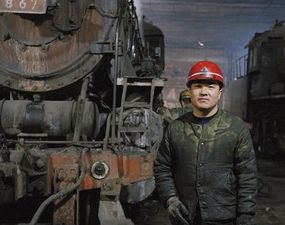 Red Star, Black Gold
Ollie Woods
Ollie Woods traveled to a remote coal mine in north eastern China to document one of the last working steam railways in the world. 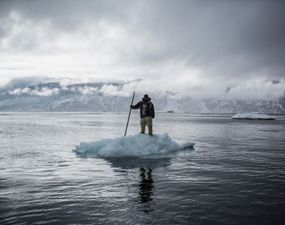 Greenland: A Way of Life Disappearing
Ciril Jazbec
Follow the daily life of one of the last true hunters trying to lead a traditional lifestyle of subsistence hunting in northern Greenland.