Interview
What Comes Next: Thoughts on the Future of Photography
An inspiring and wide-ranging conversation with curator Charlotte Cotton, touching on the big questions about the future of the medium but also offering personal insights, creative advice and encouraging the idea of “career suicide” as a means of re-invention.

What Comes Next: Thoughts on the Future of Photography
An inspiring and wide-ranging conversation with curator Charlotte Cotton, touching on the big questions about the future of the medium but also offering personal insights, creative advice and encouraging the idea of “career suicide” as a means of re-invention. 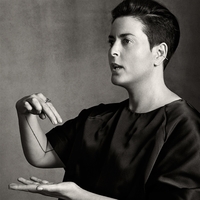 Since starting her career as a curator of photography at London’s Victoria and Albert, Charlotte Cotton has had a wide-ranging, peripatetic career. Though she was repeatedly told she was committing “career suicide,” she followed her creative intuition to important institutions around the globe, including the Photographer’s Gallery (London), LACMA (Los Angeles), and most recently, the ICP (New York). Along the way, she curated a number of important exhibitions and published several critically acclaimed volumes, including The Photograph as Contemporary Art and Photography is Magic.

She is not only an inspiring and envelope-pushing theorist on contemporary photography but also a pragmatic and down-to-earth thinker about what it means to be creative in today’s world. Alexander Strecker reached out to Cotton by email to get her thoughts on a variety of photographic and artistic questions—below is an edited transcript of their exchange:

LC: A broad question to begin: you’ve said that you neither make pictures nor collect them. So, from what perspective or place are you drawn towards photography?

CC: I was drawn to photography as a teenager, back in the analog 1980s. I liked the prospect of a medium that pretty much anybody could try to communicate with, and fell in with the small community in a local darkroom who just seemed to be really lovely and enjoyed learning from each other.

I began my curatorial career at the V&A in the early 1990s, a time when being a museum curator and a photographer were officially separate things—we took John Szarkowski, who suspended his photographic practice while at MoMA, as an example of how to operate! That is to say that I actually have no desire to be an artist, and at the V&A I learned about the immense privilege of being able to think about photography from the stance of neither a maker nor a private collector. I’m not jealous or acquisitive of what I see, just immensely curious.

LC: You’ve been a curator at the V&A, LACMA and the curator-in-residence at the ICP. Can you tell us more about this latest position, especially as the institution has a very specific and weighted history of documentary photography? How do you respect that while also pushing in new directions?

CC: What I like about the position “curator-in-residence” is the emphasis on coming into an institution with an existing set of ideas—ideas that came from somewhere else—that will be crafted into a proposal for the future of an established cultural entity. The institution then gets a series of new approaches without having to entirely revamp their existing structure. This means that change—or, as I think is the case at the ICP, a creative leap that shifts modalities of a museum, a school and a community education program forward—can happen relatively fast. 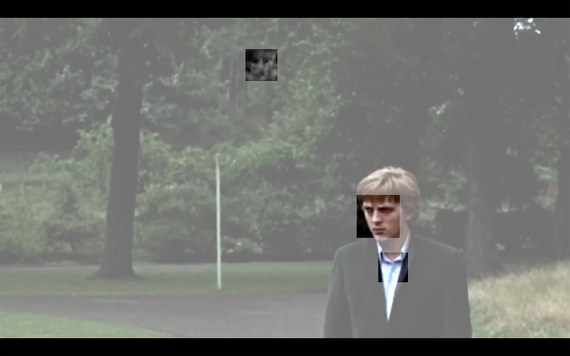 LC: In 2013, you wrote, “It is clear that we are a million conceptual miles from where we were even nine years ago.” That was three years ago and it seems that change only accumulates at ever faster rates. From your perspective, has the state of contemporary photography continued to change as rapidly, or are we settling into some new equilibrium (are there ever equilibriums?)?

CC: There are facets of contemporary photography that seemed emergent four years ago (when I wrote the essay you are referring to, for Aperture magazine) and are now taken as a given. But I think that we have only really begun to comprehend the context—the wide image and media context—for authored contemporary practices, and that doesn’t suggest that we are in equilibrium exactly. Even if we are about to enter a “stable” era of art practice, pretty much everything in the image world may change, and that, in turn, will change the meaning of art practice.

I’m writing as I come back from a conference at Valand Academy in Gothenburg, where I heard presentation after presentation by incredible thinkers and practitioners who are researching the effect of news media. It was utterly humbling—after the humiliation of the US election and the horrid truth that we live in media bubbles, dangerously unaware of other media realities—to hear some thorough understandings about how images behave.

LC: As a curator, you’ve said you are very “audience/reader-focused.” Interesting, because I sometimes find myself telling photographers to not be too audience-focused; rather, they should concentrate on following their own passions, only thinking about the audience afterward. Personally, how do you negotiate thinking of your audience without compromising or watering down what you want to say?

CC: Ha! Well, I don’t think that your advice to artists and my approach to my curatorial practice are in conflict: an artist is likely to be the “first viewer” of their work, sometimes the primary viewer.

But I think curating is distinct from artistry, perhaps because the curatorial vocation is about “taking care,” or shepherding ideas for others to experience. I find the prospect of my ideal viewer—the “who it is for”—quite the opposite of a dilution of my thoughts. They spur me and help keep me on track. 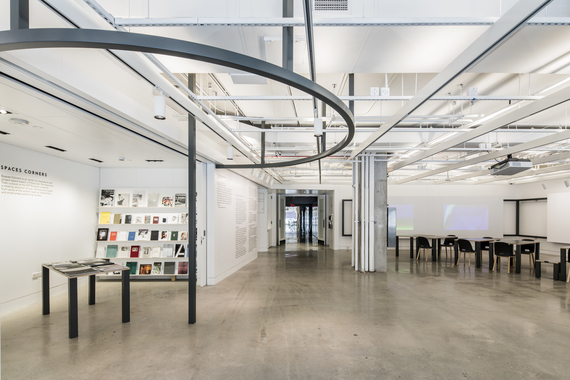 Installation photo © Saul Metnick. From the exhibition “Public, Private, Secret,” showing at the ICP in New York City until January 8, 2017.

One of the fundamental tenets of the kind of curating I do is to stay really focused on the core ideas I want to convey and the feelings I want to invite in the viewer. There’s something entirely beautiful and human about the prospect of making a cerebral connection with other people. I should also point out the obvious: exhibition curating is a group activity and, as I like to say when we start the installation process, all eyes have to be trained on everything as we move from the hypothetical to the actual. We’re removing what is extraneous right up to the final hour.

LC: Some of my favorite minds in the photographic field have worked in many different branches of the industry—fine art galleries, book publishers, cultural institutions, commercial image banks, boutique agencies…you’ve had a similarly itinerant road, especially since leaving the V&A. Do you think photographers could benefit from taking such a wide view of photography? I know many who are stubborn about being solely “documentary storytellers” or “artists” at the expense of potentially enriching experiences…What would you say to them?

CC: I think it’s a highly personal choice about how you approach your practice and, to a certain degree, life itself. We all need different balances of stability and flux at different points in our lives. But I would say that it is no climbdown, nor an admission of defeat to change your mind about your own parameters.

Whatever works in maintaining our curiosity and optimism about human endeavor is going to be worth it.

Personally, I find a core stability comes from being able to try out different ways of working and experiencing the vantage points they provide me. I’ve been told numerous times as I make a change that I am committing “career suicide,” and I now take that as a confirmation that the leap I am about to make is the right one.

LC: Collaboration is very important for you as a curator (which is not always the case in the profession). Collaboration is also becoming essential to photography—unfortunately, at a time when many traditional structures that brought photographers together (e.g. traditional media) have fragmented. As an itinerant freelancer yourself (sounds like most photographers), what advice do you have for finding like-minded colleagues and the right projects to become involved in?

CC: My understanding of collaboration was developed pretty early on for me. Off the bat, I’d say that being a twin makes me very adept at sharing, and negotiating what you want with someone who is manifestly equal to but very different from you. I was in a band when I was in my teens. I had a very minor role, but I really connected with the way that the key members created something together that was more multilayered and took greater creative risks than any individual could when left to their own devices. Something amazing happens when human beings apply their unique skills to a common aim. 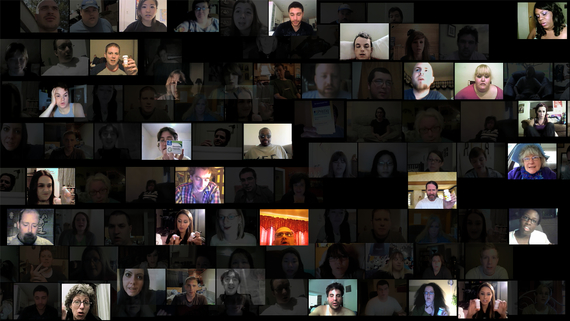 My Meds, from the Testament series, 2009. © Natalie Bookchin. Showing at the exhibition “Public, Private, Secret,” running at the ICP in New York City.

Working at the Victoria and Albert Museum for 12 years definitely formed my sense of the need for diversity of perspectives, varying degrees of experience, the right combination of cautious over-thinking, fantastical imaginings and application of low cunning to logistical roadblocks that I think shapes the best of collaborations.

I call my long-term collaborators my “cohorts”—we’ve been through a few life cycles together, and we like to find excuses to push our practices further in unison. We also support one another when the stakes are high. I tend not to invite people to collaborate on speculative and unpaid ventures beyond pitching an idea, as I don’t want to waste anyone’s time or be construed as taking advantage of anyone.

On the other side, I feel very honored when (typically) curators who are younger than me ask for some of my time and, where there is a match between their project and where I feel I have something to learn, I’m really happy to participate if we can work out timing and practicalities.

LC: You once had a lovely quote about spending time with “the itchy scratchy pictures to work out what comes next.” What would you say to a photographer who is feeling stuck or unsure of “what comes next” for their own work? What do you do to unstick yourself?

CC: I try not to be frightened in the moments that I procrastinate. I think procrastination is rarely a severe mental block but more of a signaling from your psyche that something isn’t right about your plan of action. The hard part is working out what precisely is “off”—is it the timing (are you too late or too early?), is your idea really going to manifest in the final form that you’ve envisioned? Are you experiencing a dismal feeling that you are repeating yourself, or a weakness in the structure of your concept?

The “itchy scratchy” picture idea, (which my friend Jason Evans says was my phrase, while I think I borrowed it from him!) was a way of encouraging photographers to reflect back a little on the pictures that are already made, the pictures that caught their eye but weren’t immediately recognizable as their own—there’s something unintentional and indefinite about the itchy scratchy pictures, but they are worth observing and thinking of as a signal of the future.

The challenge for some photographers—once they’re in command of their techniques, materials and ideas—is how to continue to push beyond the pictures that they would able to shoot forever. It’s the tyranny of getting good at anything. In part, I suspect that the pictures you have already made, that sit on either side of those that clearly have your authorship, are extremely useful for recognizing what lies ahead for you.