Interview
Magic Party Place: The Seeds of Brexit Discontent
The fissures in British society were made clear to the world in the shocking aftermath of June’s Brexit vote—but the origins of this discontent stretch back decades. A ten-year long documentary project in “middle England” dives into the heart of the problem.
Interview with CJ Clarke
View Images

Magic Party Place: The Seeds of Brexit Discontent
The fissures in British society were made clear to the world in the shocking aftermath of June&#8217;s Brexit vote—but the origins of this discontent stretch back decades. A ten-year long documentary project in &#8220;middle England&#8221; dives into the heart of the problem. 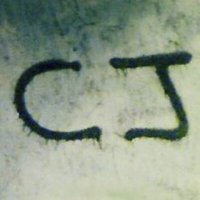 On June 23, 2016, all across the United Kingdom, British voters marched to the polls to make their views known to the world. And then, we waited. The following morning, the shocking result was announced: Britain had voted, with a difference of over a million votes, to leave the European Union.

Experts, pundits and gamblers around the globe were stunned at the outcome. Many people living in Great Britain at the time, especially in urban centers like London and Edinburgh, were surprised at what their own countrymen had collectively decided. But for those who had spent time in the more rural and industrial parts of the country, the outburst of anger had its roots in years of disaffection.

One such person was photographer CJ Clarke, who spent over ten years photographing his hometown of Basildon in county Essex, England. The town doesn’t stand out for any remarkable reason, and yet it represents something essential in Britain—the perfect “average town,” something like the fabled idea of “Middle America.” In Clarke’s words “…it is middle England territory, a town dominated by skilled, manual workers…whose values, habits and preferences are believed by both left and right to hold the key to electoral success.”

His documentary photo project, titled “Magic Party Place,” was published in timely fashion by Kehrer Verlag this September. It was shortlisted for the Paris Photo-Aperture Foundation PhotoBook Awards shortly after. Managing Editor Alexander Strecker reached out to Clarke to learn more about this important, topical work. 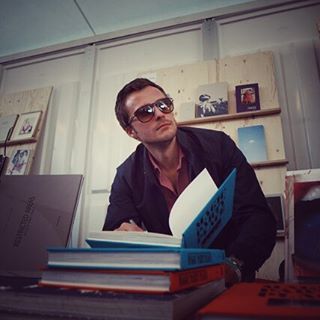 LC: On your website, you use the word “Brexit” to describe your project. But when you began shooting, Brexit was not on anyone’s mind. When did this aspect of the work begin to make itself evident? Looking back in hindsight, do you think it was obvious from the start?

CJC: It’s important to understand what Brexit represents. Were people actually voting against membership in the EU? I’m not sure they were. That would seem borne out by the statistic that more people were Googling the term “EU” post-Brexit than before the vote.

Unlike our electoral politics and the unfair “first past the post” system, a lot of people realized that in the referendum it was “one person, one vote”—they could actually make themselves heard. And that they did. A great many people, like those in Basildon, feel ignored by Westminster politics; they feel marginalized even though they are the majority. The great failure of politics over the past decade has been its failure to properly engage with people and tackle their concerns, whether real or perceived.

While I may not have foreseen Brexit when I started the project ten years ago, I was certainly aware of how neglected the working class felt. They have been photographed an immense amount, but how many of these stories, projects and books deal in stereotype or in “extremes?” Such work reinforces the greatly patronizing middle-class opinion that the working class is only relevant and interesting if they are drug addicts, criminals or “salt of the earth” types who know their place. This doesn’t reflect the reality for a majority of the people who label themselves as working class—and it certainly doesn’t reflect my reality growing up in such a community.

Even ten years ago, the roots of discontent that led to Brexit were evident.

LC: There is a long and proud history of British documentary photography (Martin Parr’s The Last Resort, Chris Killip’s In Flagrante, Brian Griffin’s various titles). How much did you look at these major works when producing your own series? Especially as you have long known it would be a book, surely some of these past publications were on your mind as the project moved towards completion…? Can you say more?

CJC: My major influences were and are cinema, TV and theater. It started with Hitchcock and The 39 Steps when I was 13 and progressed through Powell and Pressburger’s A Canterbury Tale, Stanely Kubrick, Peter Greenaway; and later Bertolt Brecht and Dennis Potter.

As a result I came to photography quite late, comparatively, so my photographic influence is small. Still, the impact of that focused selection was extraordinarily powerful. I had three photobooks—Cartier-Bresson in India, Robert Capa: The Definitive Collection and Vietnam Inc. I didn’t really know who these people were, but as an autodidact, I found out that they were well-known and their books were meant to be good. They were more than good, of course. In each case, I pulled the works apart: as books, as texts, the sequence and the images and their composition. Through them, I learned about creating a series and taking photographs.

Later, I discovered Telex: Iran and The Americans. More defining moments. As was Farewell to Bosnia. Somewhere on this journey I came across The Last Resort and similarly pulled it apart trying to understand how such powerful photos were made.

As for the continuing cinematic influence? I have always sought an aesthetic which exists somewhere between the still and the moving image. My images are scenes from an unmade film: photographs which seek to acknowledge the existence of time and embody a sense of constant motion, the endlessly repeating cycle.

LC: Photography is, fundamentally, a medium concerned with connection. Right now, despite all of our social media and means of communicating, we seem more disconnected than ever. How do you imagine your pictures entering this larger conversation surrounding political alienation?

CJC: Entering the national conversation can never be planned. Often, it is a matter of timing: you hope you get it right, and you release a work at the moment of greatest relevance. But this is not something you should consciously chase—to do so, you risk losing sight of your story and also the core which sustains your work. After all, headlines ebb and flow, and work needs to have been constructed beyond these short-term limitations. A great work of art or journalism must have layers that constantly reveal themselves so that the work stands up to repeated viewings.

Still, the social and political climate in England and in the UK is worse now than at any time I have known in my lifetime. I would like to think that through Magic Party Place, we might be able to see ourselves a little more clearly and, if we can do that, we might find our way out of the woods.

LC: Finally: you work with both still and moving images. What pushed you to add a film component to this work? Are you pleased with the interplay between photobook and film? Can you say more about what each offers the viewer?

CJC: Our contemporary world is trans-media. Hypertext and the linking of data and information is part of all that we do. The still image and the photobook are not isolated from that. Even right in this moment, we are having this conversation—digitally—because of a book, printed matter.

So, it is important for work to connect with an audience on many different levels and in different mediums. Each medium allows you to push an idea a little further. In my mind, there is little that separates still and moving images. One is the logical extension of the other; each an experience. Both allow you to play with narrative and mechanisms for communicating ideas. Film and TV are exciting, as they reach a much wider audience than you can with a book.

Channel 4 just asked me to make a short film that takes inspiration from my book. This will allow me to riff on various themes from the book, but I’ll also play with form, audio, and movement. All hugely exciting. Look out for it.

Editors’ note: A short example of some of Clarke’s film work can be found below: