Feature
Securing the Credibility of Photojournalism: New Rules from World Press Photo
After months of controversy about unacceptable manipulation of news images that were presented as “evidence”, new rules and guidelines have been announced by World Press Photo Foundation.
Analysis and text by David Campbell

Securing the Credibility of Photojournalism: New Rules from World Press Photo
After months of controversy about unacceptable manipulation of news images that were presented as &#8220;evidence&#8221;, new rules and guidelines have been announced by World Press Photo Foundation.

Following a year of heated debate, arguments and discussion, the World Press Photo Foundation unveiled new rules and guidelines required for all submissions for the World Press Photo Contest. These rules are designed — in the words of the new code of ethics that accompanies them — to ensure winning pictures “provide an accurate and fair representation of the scene they witnessed so the audience is not misled.” At the crux of the the new rules are requirements for detailed captions, as well as guidelines for processing and enhancement that defines what counts as manipulation of digital images — trying to specify what is allowed, and what will not be accepted for honest and legitimate news photographs. David Campbell, an analyst of photojournalism’s role in the media, was a member of World Press Photo’s contest overhaul team, and wrote the following article especially for the readers of LensCulture. 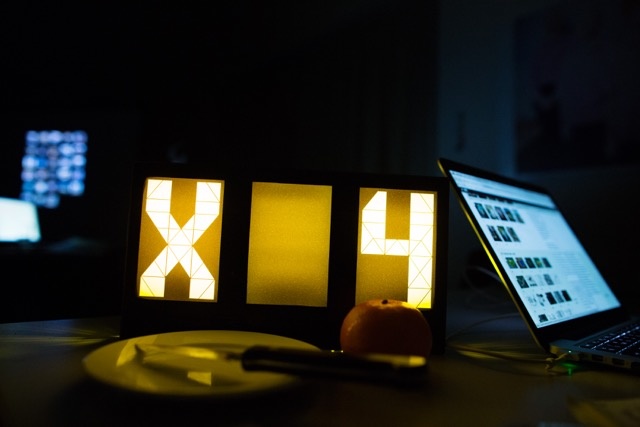 The World Press Photo jury relies on a high-tech system to record their official ratings of the many thousands of photos submitted to the contest each year. New rules were announced in November 2015. Photo © Bas de Meijer

Ethics for a 21st Century Photojournalism

In the past five months I’ve had a privileged position from which to consider some of these issues. As part of the team that reviewed and overhauled the World Press Photo Contest, I’ve participated in extensive debates with photographers, editors, executives and publishers around the world. These were part of a consultative process the foundation undertook to help draft a code of ethics, revise the rules, and publish clear guidance for entrants to the 2016 photo contest. All those documents and provisions are now public on the World Press Photo Foundation website.

In the public presentations that were part of this process, we commented that the three words people would not hear as we debated the purpose of photography were ‘truth,’ ‘objectivity’ and ‘reality.’ I wondered whether this would come across as heretical to the audience, because surely photojournalists have to be — in Stanley Greene’s words — ”ambassadors of the truth”? However, I was struck by the fact few if any raised objections to this statement. This was enormously encouraging because too often the concept of truth, faith in objectivity, and declarations about reality actually close down debate about what photojournalism and documentary photography are and do. These words roll off the tongue easily, are presented as answers, yet beg many questions.

Most participants in our discussions readily embraced the fact that photography is an interpretive process. We agree that photographers use a combination of creative, technical, and journalistic skills to produce visually compelling insights about our world. We all know different cameras and lenses can achieve particular effects. We know varying aperture and exposure settings can record the scene in different ways, and that altering ISO settings and the use of artificial lighting enables situations unrecognizable to the human eye to be recorded. Yet too often debates about photography get bogged down in the unhelpful dichotomy of art versus documentary, or aesthetics versus realism.


What Do We Want News Images To Do?

As a creative and interpretive visual language, aesthetics is an indispensable part of photography’s being. While we can challenge some pictures on the grounds they might stylize a distressing scene, we must accept that there is no mode of visual representation that is free from, or devoid of, aesthetics.

The challenge, then, is having accepted the creative, interpretive nature of photography, how do we discuss issues that threaten the viewers’ trust in the integrity of the image? In other words, how can we embrace the essence of what Stanley Greene is saying about ‘truth’ but avoid unproductive (and unresolvable) philosophical terms?

The answer lies in specifying the need for accuracy and fairness, and backing that up with verification processes. When we want pictures to record and inform us of the varied events, issues, people, and viewpoints in our world, there are limits to how pictures can be made. This means for those pictures we want to be visual documents that can function as evidence, they must follow a series of guidelines that guard against manipulation.

This is where dealing with the pragmatics of photography (what we want images to do) rather than being bound by false commitments to an untenable philosophical ideal (what we think images are) offers a recasting of the manipulation debate. That might seem like a semantic change to some, but thinking in terms of how we underwrite the credibility of images we want to function as documents and evidence — offers a completely different way of understanding manipulation.

The Question of Manipulation

Manipulation is about altering the content of a picture. At almost every stage in the photographic process from capture, production, to the publication and circulation of photographic images there is the potential for manipulation. It is difficult to comprehensively assess if and how pictures might have been manipulated, but we can have processes that guard against manipulation in two ways.

Firstly, a code of ethics can set out best practice for photographers, and it can be backed by the requirement to provide detailed captions that will be reviewed by the fact-checking process.

Secondly, digital manipulation which adds, rearranges, reverses, distorts or removes people or objects from within the frame can be prohibited, and that can be backed by the forensic comparison of original camera files with contest or published images. This is the thinking behind the revised World Press Photo Contest rules and procedures and specifically what constitutes unacceptable manipulation.

In the on-going debate about manipulation there is still some confusion about the relationship between processing and manipulation. Processing is not, by itself, manipulation. That is because no digital image exists for us to view unless it is processed. The level of processing, or the level of enhancement, that is applied is a matter of judgment and depends on the purpose of the pictures.

For those pictures we want to be visual documents that can function as evidence, the level of enhancement most people will choose is going to be less than for those we simply want to entertain or please us visually.


In the World Press Photo Contest, digital manipulation is about the addition or removal of content. The content that is added or removed might be materially small — as the videos on what is, and is not, acceptable demonstrate — but it is always ethically significant, and therefore not permitted. The only point at which any aspect of enhancement becomes manipulation is where changes in density, contrast, color, or saturation levels alter content by obscuring or eliminating backgrounds, or objects and people in the background of the picture.

If we understand that, and frame our criteria in terms of accuracy and fairness being achieved through verification, then photojournalism can produce both a creative interpretation and a credible document.