Feature
Greece Today, the World of Tomorrow? The Depression Era Exhibition
A fascinating collective exhibition from Greece offers a re-definition of the word crisis and a compelling, even hopeful, look at the state of things to come.
Photographs by the members of the Depression Era Project
View Images

Greece Today, the World of Tomorrow? The Depression Era Exhibition
A fascinating collective exhibition from Greece offers a re-definition of the word crisis and a compelling, even hopeful, look at the state of things to come.

It would be tempting to look at a few photos from the Depression Era Project and write them off, "Ah, more crisis photos..." Six years on from the 2008 financial crisis that rocked the global economy, perhaps we are collectively tired of this word, this concept, this state of being. Can't things just get better already?

But look a little deeper at the photos above. Learn a bit more about the projects. Spend some time with this collective. Visit the exhibition that is ongoing in Athens right now. Although the Depression Era's offerings initially sound an alarming note about Greek society, Greek civic space, the Greek family structure, within these disquieting sounds, a careful listener will hear the rumblings of change.

To be sure, the Depression Era inhabits the urban and social landscapes of crisis. Because there is no doubt that much of the country is still gripped by this word. But the concept of crisis, especially one so long running, also has the idea of a turning point. Actually, look up crisis in the dictionary (note the ancient Greek origin). Crisis comes from the idea of choice or judgment. A crisis is not only a difficult time — but also a decisive moment, a time of change.

The Depression Era project, drawing not only on photographs but also writings, research and sociological work, attempts to understand and convey all the meanings of crisis then: the entropy, disaster, uncertainty and insolvency as well as the fundamentally related notions of progress, growth and change. Every grim look at the present contains an uplifting reflex of looking forward. The make-up of the project itself, which draws together 36 artists, photographers, writers, curators, designers and researchers into an NGO/artistic collective (titled KOLEKTIV8) inspires with visions of collectivity, cooperation and cross-fertilization.

In short, the Depression Era project seeks to stand outside the media montage and white noise of current public discourse by creating its own mosaic of images and texts. A new story of crisis. It aims to act, to design spaces, digital platforms and publications that dynamically explore this mosaic. For example, the project is working on an "anti-screen" as well as a "sidewalk museum" — gestures and interventions that aim to project an alternative, informal record of contemporary history. Although this opening will be hosted at a "conventional" museum, the exhibition aims to nurture new projects and allow for the expression of a new identity that will last well beyond this current "Depression Era."

In the end, what is perhaps most fascinating about this project for the non-Greek viewer is the ways in which the Depression Era understands its images and texts as not Greek, but European (and I would extend that to Western, even). The viewpoints it offers, whether through image or text, give us all an idea of the shape of things to come. And they also show ways of overcoming the limiting, nationalized lines of crisis and thinking of crisis as a global state of being, a universal, collective turning point.

Editor's Note: The Depression Era Project will be exhibited at the Benaki Museum Pireos Street Annex from November 6 to January 11, 2015. The exhibition was generously sponsored by Stavros Niarchos foundation and the printed catalogue by the NEON foundation. 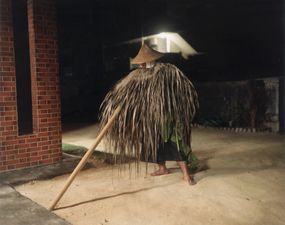 East and West: Talking Through Photography
Tokyo International Photography Festival
Drawing from his experiences across the Tokyo (and international) photography scene, Ihiro Hayami offers his thoughts on the power of the medium to describe the world around us. 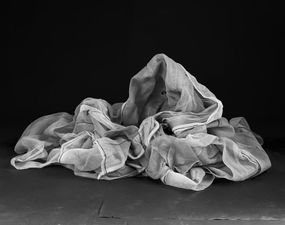 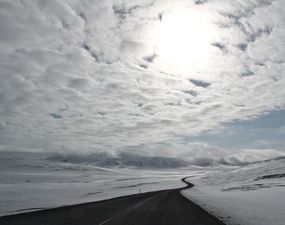 Humanity: Exploring the World From Home
Kerrin Sheldon
Humanity, an immersive travel app, aims to bring amazing sights, sounds and stories from around the world—into your hands. 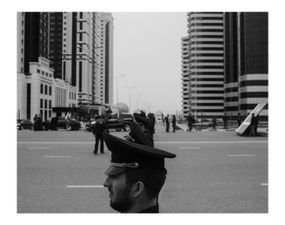 Spasibo, the Chechen Compromise
Alexander Strecker
In-depth on-the-ground reporting from Chechnya reveals how the idea of a modern Chechen identity is precarious: apparently normal by outward appearances but fractured by fundamental contradictions within. 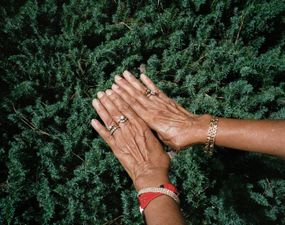 See You At Home
Vikesh Kapoor
A poetic, melancholy photo story — What does it look like (and feel like) to age and grow old as immigrants in America? 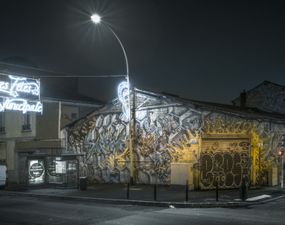