Feature
Evidence
A true story — with photos and chilling yet poetic diary entries — of a man who was imprisoned many years ago, never to return to his family.

Photographs and text by Diana Matar

Evidence
A true story — with photos and chilling yet poetic diary entries — of a man who was imprisoned many years ago, never to return to his family. 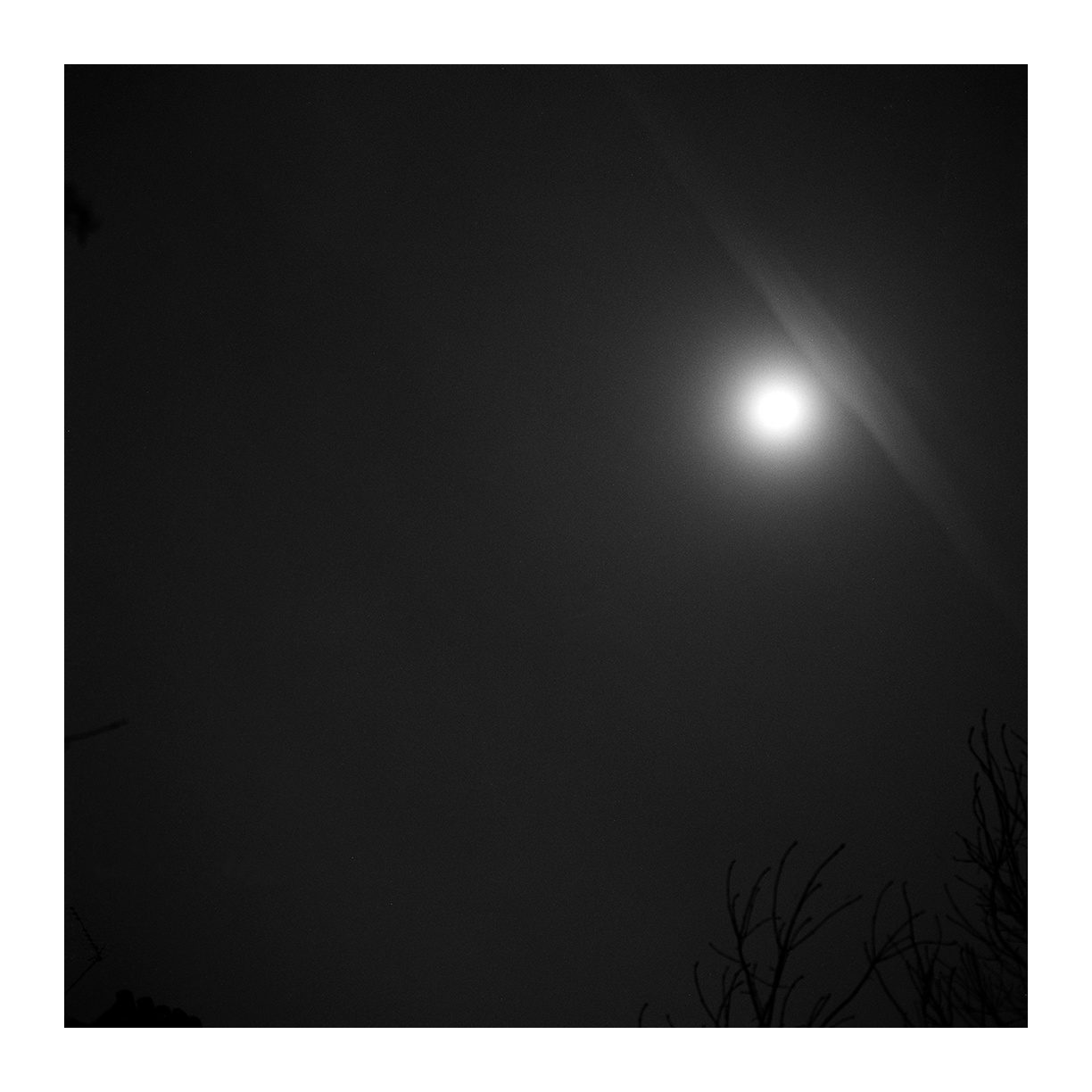 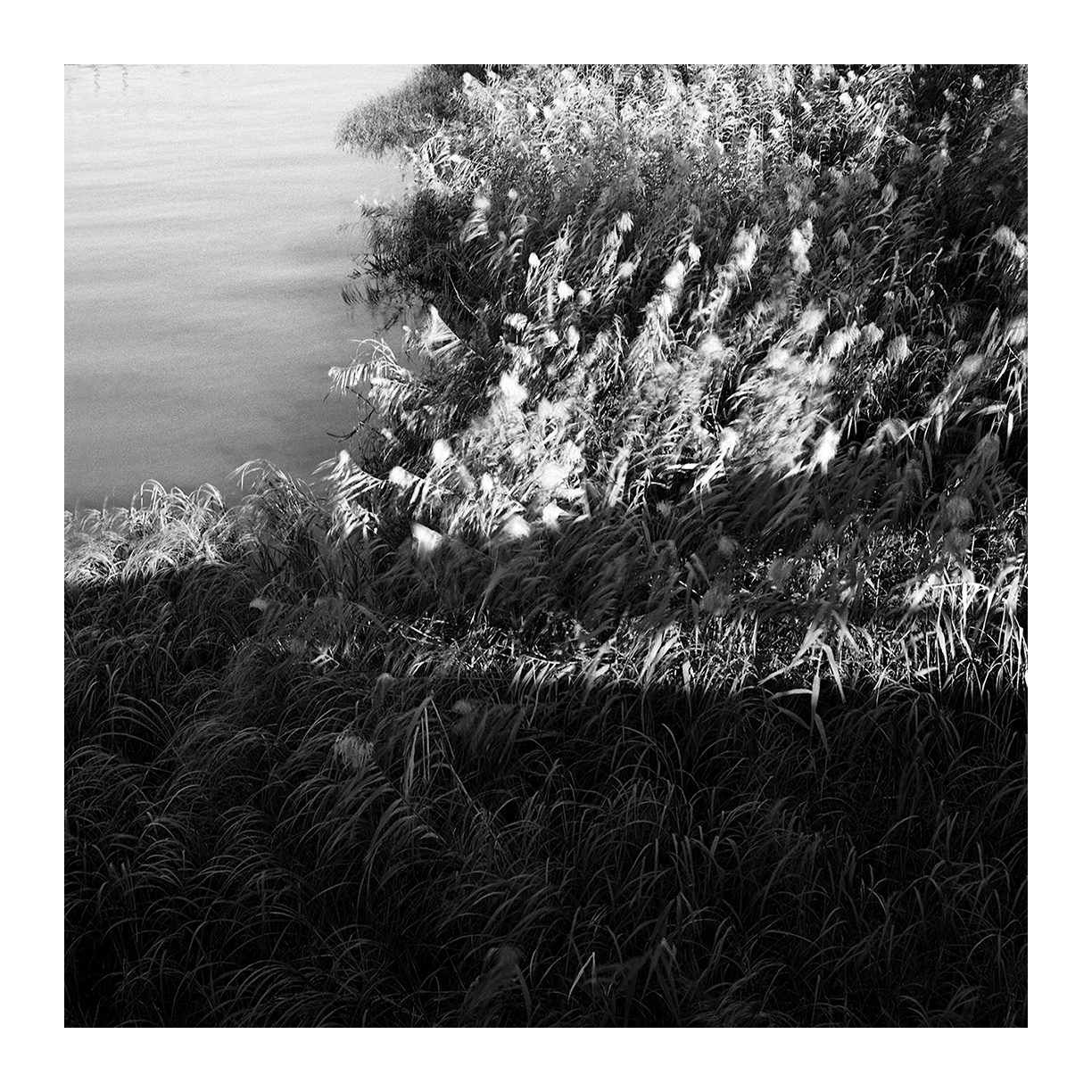 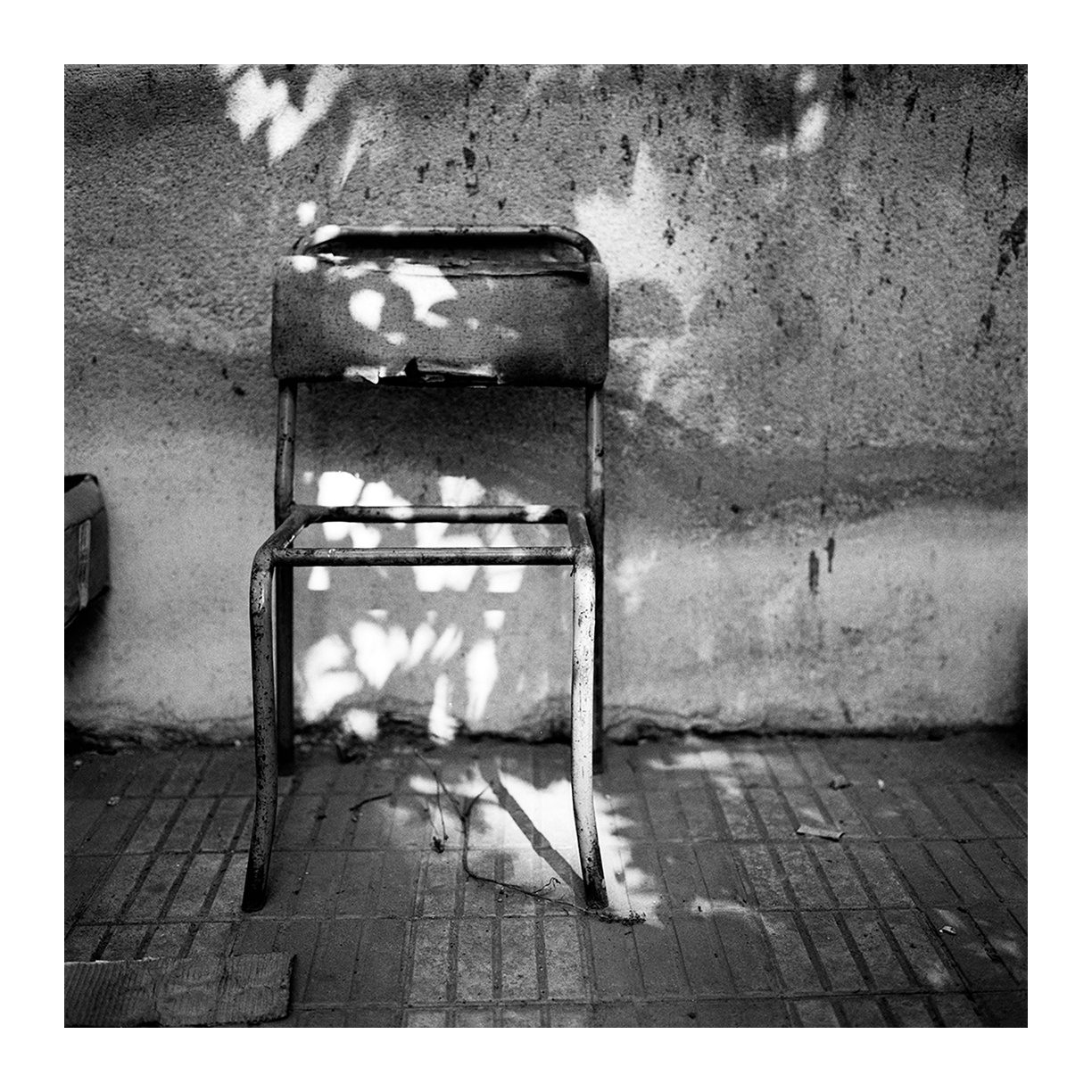 This is a man’s house, even though your wife has lived here alone for the past 20 years.
She has the custom of rearranging the living and dining areas each few months,
and every time I visit the configuration is decidedly different.
Yet with each of these moves there remains a chair, a place setting,
ready for you at the head of the table. 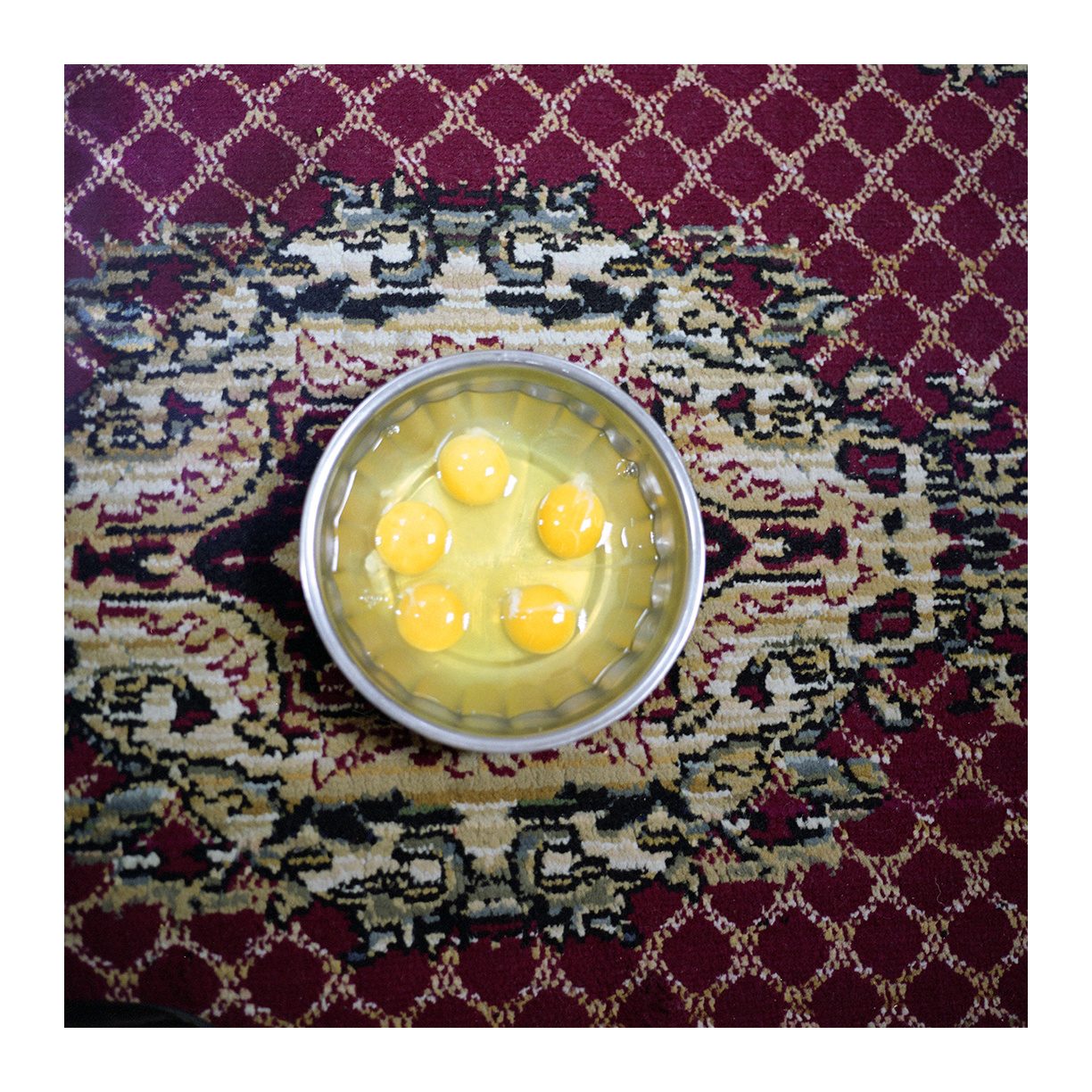 I imagine you light and agile, always greeting the maid with respect.
I imagine men pausing in conversation, waiting for you to speak,
and your wife wanting to make things graceful for you; your shirts ironed,
your salads well seasoned, your papers dusted but left undisturbed. 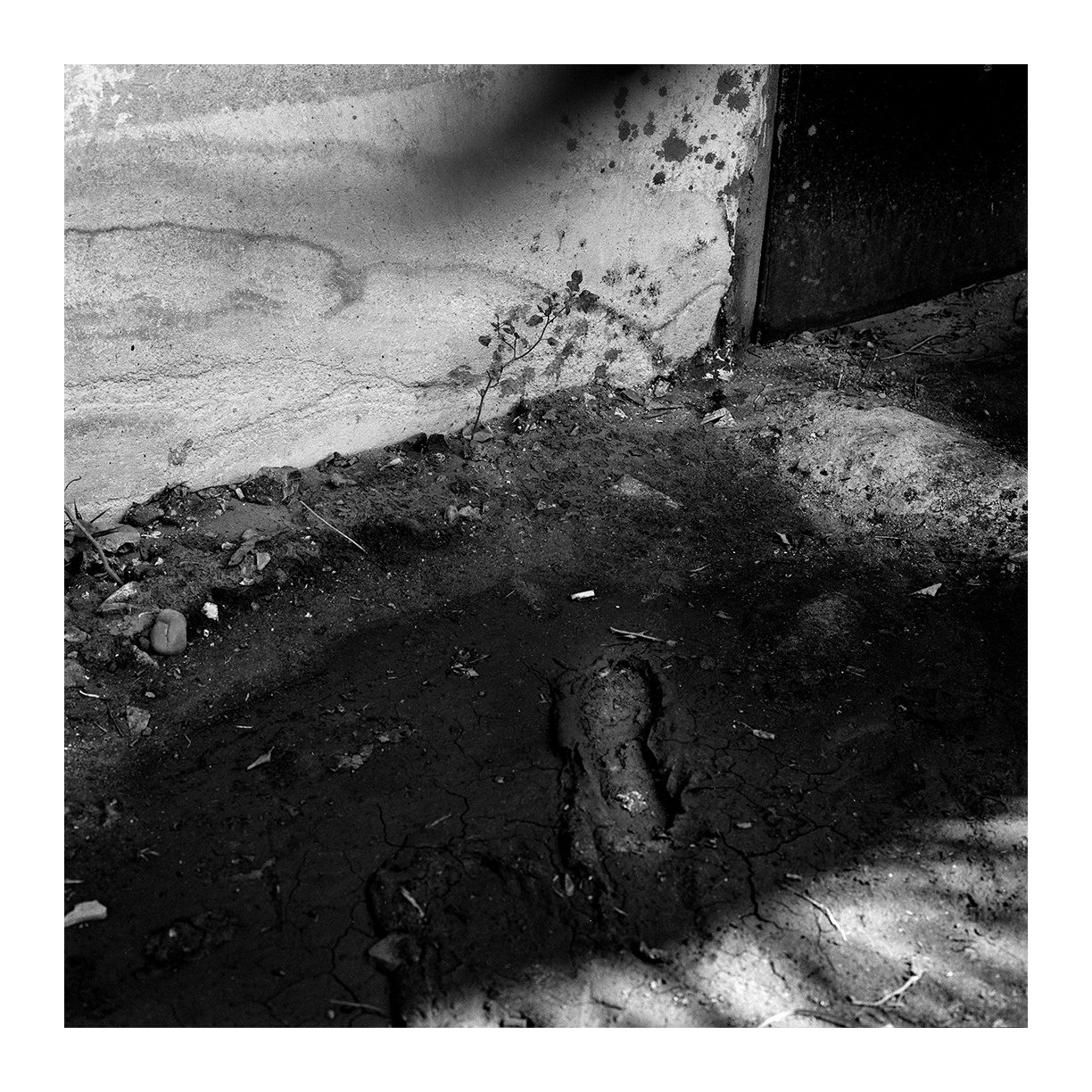 I think I see the form of your foot in the outline of my husband’s feet.
I know this slight detail of DNA must come from you because
my husband and his brother have the same lean feet
with a second toe longer than the first.
Their mother’s foot is wide with soft plump toes that descend,
each one shorter than the one before. 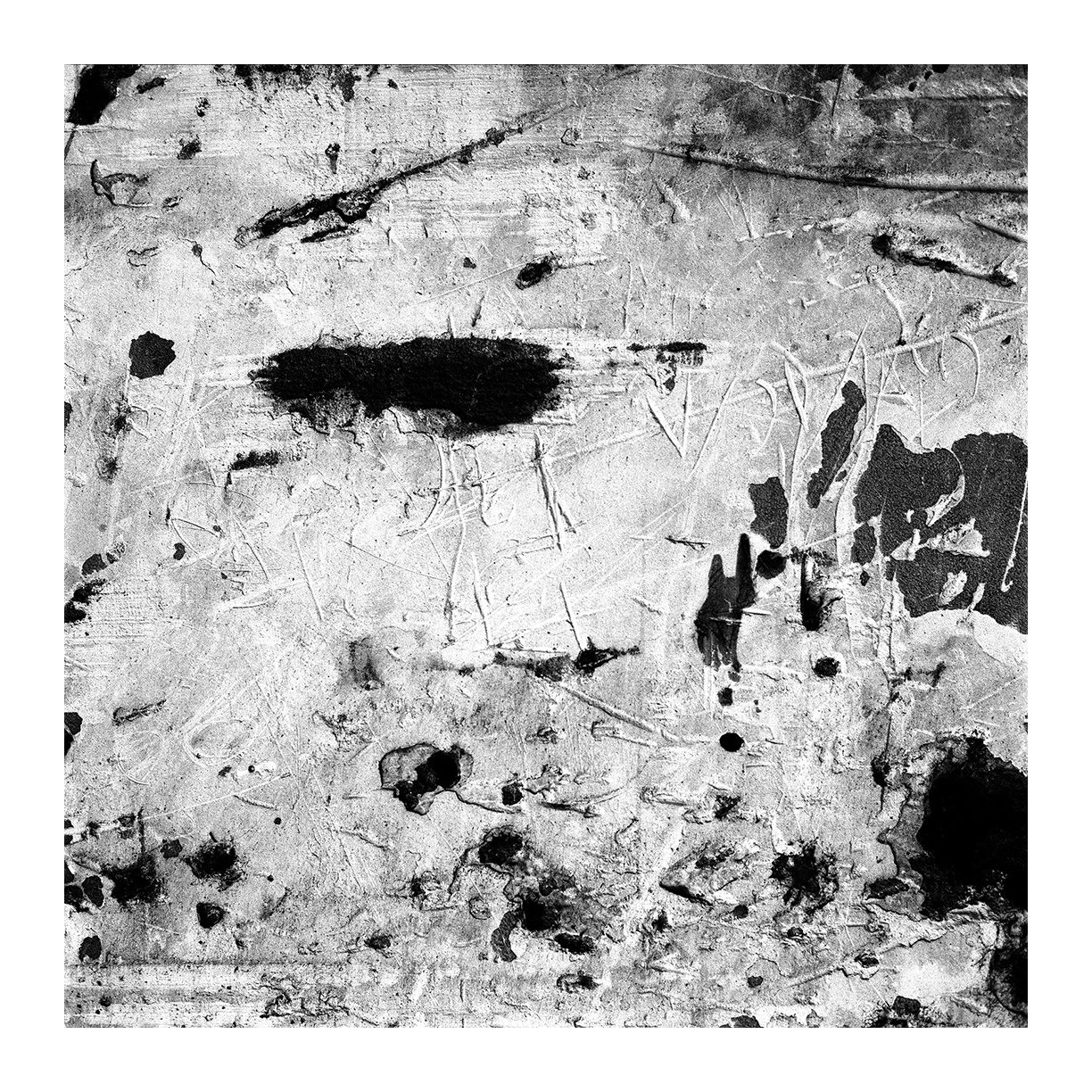 I am in California.
Rebels have entered Tripoli.
H called early this morning.
A group of men have broken down the doors at Abu Salim prison.
They have found an elderly man in a cell.
They say he is from Ajdabiya.
We are waiting. 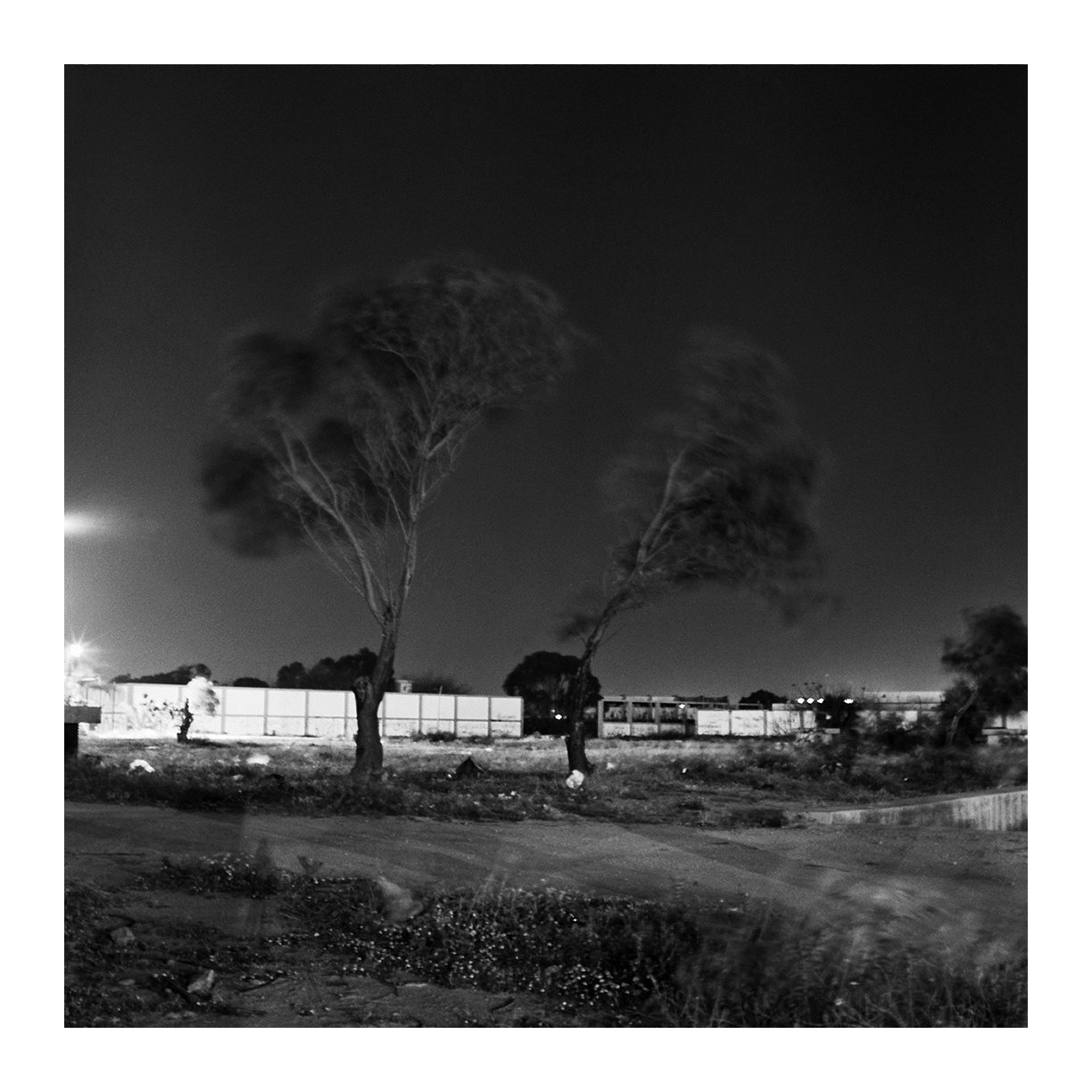 I could hear H and N speaking behind me.
The wind was strong and I couldn’t make out much of what they were saying.
They were talking about literature, what faith means and the
glimpses of it that can come through poetry.
I kept walking away from them through the darkness, stepping on the uneven earth.
Something cold came rushing up through my body.
I came upon a small cement wall only a foot or so high.
The way in which it was constructed hid what was beneath unless you stood right next to it.
H and N came looking for me and we stood at the edge.
We could make out the entrance to the underground bunker.

Later I spoke to human rights workers.
In the days after Benghazi fell, they found prisoners who had been kept inside for years.
Some were still alive. 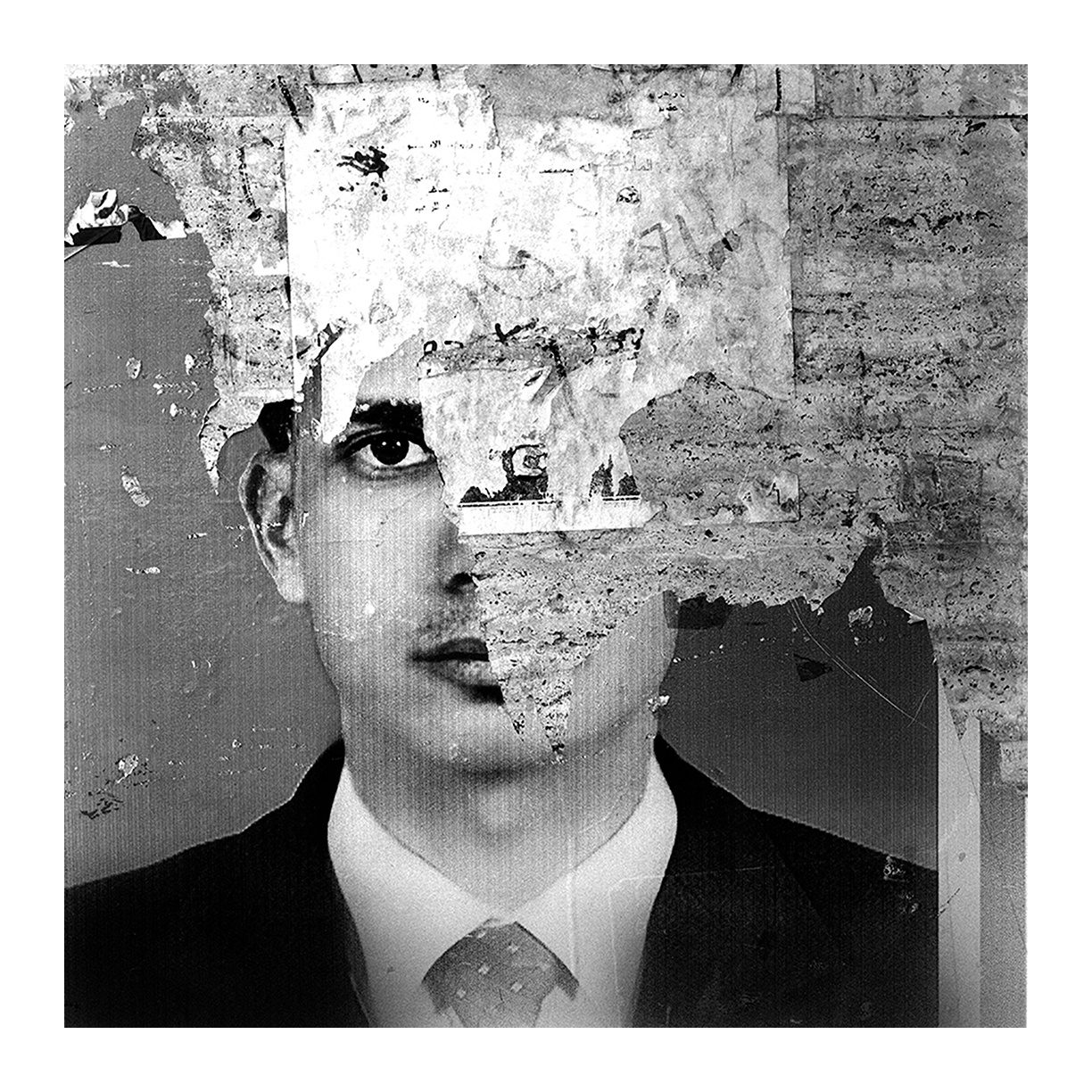 I met a family at the courthouse.
They had driven 6o miles to see the photographs of men who had died at Abu Salim.
There were hundreds of pictures pasted up on the wall.
They told me that every town in Libya has something like it.
I told them about Jaballa and they wouldn’t leave my side.
The mother asked if she could take a photograph of me with her five daughters.
Her husband took the picture on his phone. 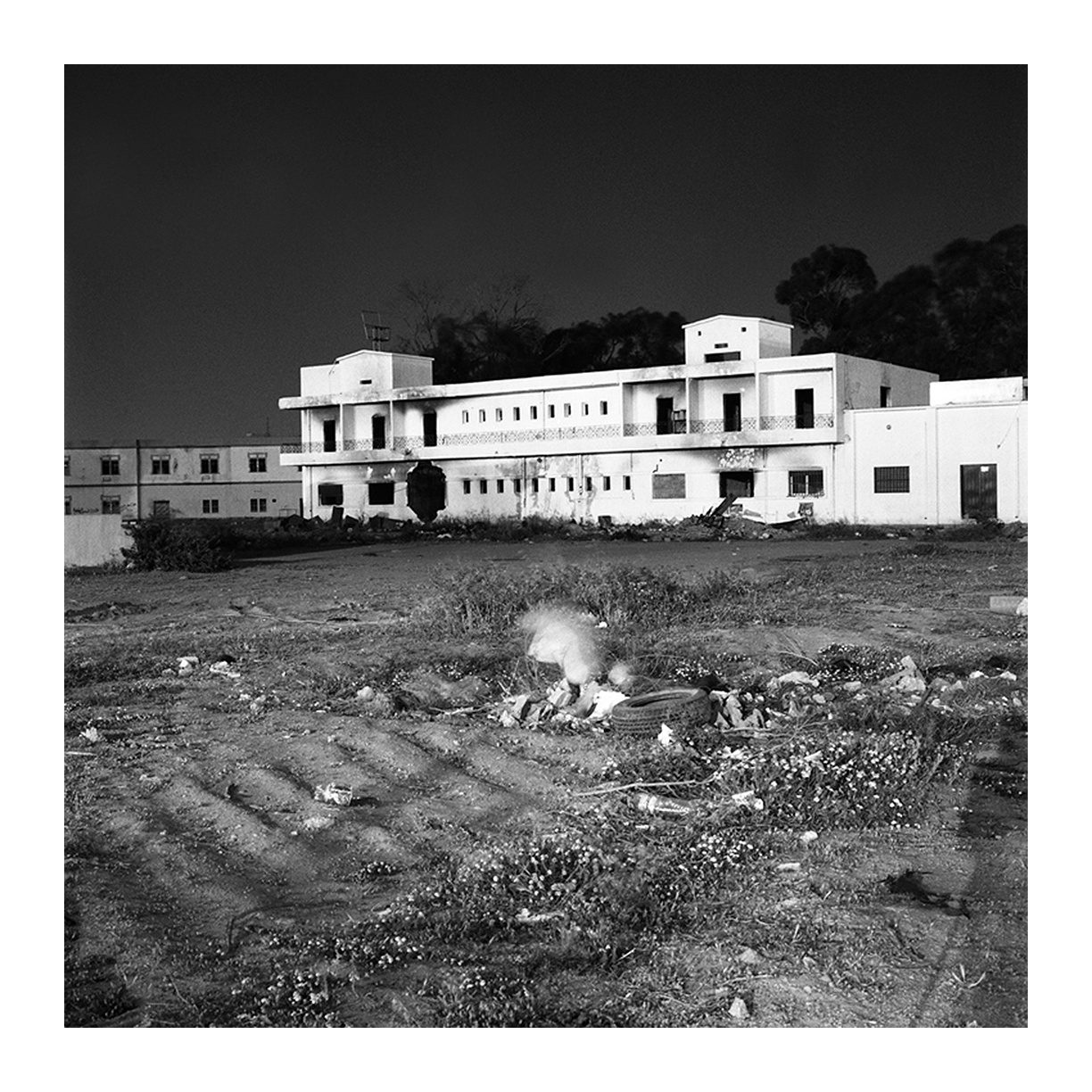 I’ve spent almost every night since we’ve been here photographing buildings
where people have been imprisoned or disappeared.
Yet I still haven’t photographed the last place Jaballa was seen.

H has asked me not to photograph Abu Salim prison.
‘I can’t bear the thought of you being there,’ he said.
I have agreed not to go. 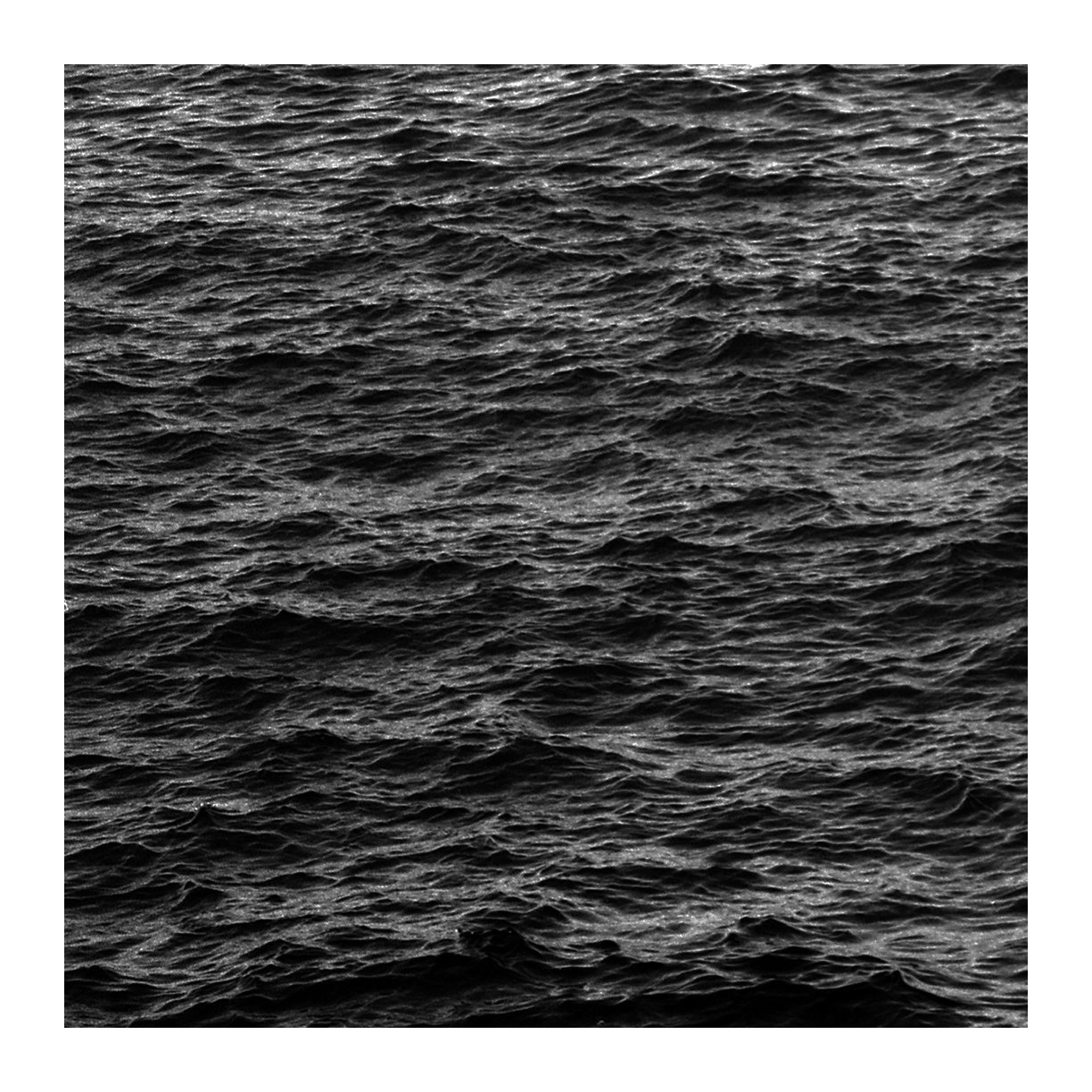 The new government has released information regarding their investigation of the
Abu Salim massacre.
They believe 1270 men were killed on the 29th of June 1996.
Guards working at the prison at the time told investigators that
the dead bodies were buried near the prison.
Later they were dug up.
They said officials from the regime brought in cement mixers and pulverized the bones.
The powder was put into shipping containers and thrown into the sea.

Like the silent spaces between notes in a musical score, the silence of a disappeared man or woman creates a sound, often deafening, which is unable to be ignored. It asks the question, what remains? The philosopher Emmanuel Levinas tells us that to connect to another we need the face—but what happens when the face has disappeared and when all traces of the disappearance have disappeared as well? How then do we connect?

I made this work in response to the enforced disappearance of my father-in-law, Jaballa Matar, a Libyan dissident who was imprisoned by the Gaddafi regime and never seen by his family again. The absence left by enforced disappearance is not a benign absence but one that has a certain moral reckoning in its presence. In its representation there is always the question why. And as there is no answer that can be morally acceptable therein lays the impossibility—but also I believe the opening—as to how the disappeared might be alluded to.

There is a long tradition in the visual arts of rendering the void, that thing, which is not in the work and yet seeps out from it and is recognizable immediately. Yet this task remains a challenge in photography, a medium so stubbornly reliant on a subject. I took inspiration from the German Romantic painters who thought a subject could be transient, even arbitrary, as long as the emotion of their own experience of the subject was revealed. And yet I continued to come back to the same question, how can one connect with another who is no longer among us?

The poet Paul Celan, who queried repeatedly in his works about what could and could not be written and rendered after the horrors of the Second World War said, “art requires that we travel a certain space in a certain direction on a certain road in order to forget the I and encounter the other.”