Interview
Capturing Intimacy
With over 12 years experience under her belt, gallerist Dina Mitrani shares some wisdom about creating a space for photography in Miami and embracing abstract approaches to portraiture.

Capturing Intimacy
With over 12 years experience under her belt, gallerist Dina Mitrani shares some wisdom about creating a space for photography in Miami and embracing abstract approaches to portraiture. 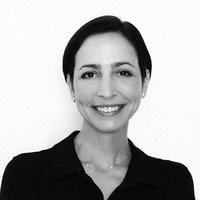 In November 2008, Dina Mitrani opened her gallery in the Wynwood neighborhood of Miami, Florida. The gallery focused exclusively on fine art photography and photo-based art, and Mitrani was responsible for connecting countless collectors with work by emerging and mid-career artists. Since then, Mitrani has organized multiple workshops and artist lectures, and has collaborated with independent curators to produce exhibitions of photography in the Miami area.

When she first opened her gallery, the Miami arts scene was nascent. In the 12 years since, the city’s cultural landscape has changed significantly, transforming into an American epicenter for contemporary art, with a slew of international and local galleries setting up shop as well as the infamous Art Basel which first opened its doors in 2002.

We are excited that Mitrani has joined us as a juror for this year’s LensCulture Portrait Awards. In this interview, Lodoe-Laura Haines-Wangda speaks to Mitrani about the Miami boom, what she looks for in portraiture from emerging photographers, and her new project—a new Center for Photography, Film and Video she’s opening in the city’s Little River neighborhood.

LLHW: After studying art history at the University of Michigan and working at Christie’s and in galleries in New York for 7 years, you moved back to Miami—where you grew up—to open your own gallery in 2008. Art Basel was in its first years, and the Miami art scene was booming. How have you watched the landscape of the local arts scene change?

DM: I relocated back to Miami because I noticed that galleries and artist studios were beginning to gather in a neighborhood where my parents had their clothing factory for 20 years. I realized the Wynwood neighborhood, and my parent’s warehouse, created the perfect recipe for me to launch my professional career as a gallerist after working in New York for so many years.

The warehouse became more than a space for my gallery; it became a space for artist studios, other art galleries, and my sister’s video gallery and workspace for filmmakers, the Screening Room. Eventually it became a destination for curators to visit, especially during Art Basel. It was great to be an active participant in the evolution of the Wynwood Art District, and work closely with the Goldmans, who were instrumental in putting Wynwood on the map with their public street art program. By 2017, Wynwood was a global destination, but many of the art studios and galleries dispersed to other, more emerging neighborhoods of the city.

LLHW: You’re now working on opening a new Center for Photography, Film and Video in the Little River neighborhood of Miami. What can you tell us about this project?

DM: In this new location, which is just north of Wynwood and the Design District, my sister Rhonda and I will be opening a center for photography, film and video. We will be exhibiting these related art forms, but also offering programming to create community and provide resources for other artists working in these mediums.

There will be a library and lounge area, lectures, workshops, studios, and co-working spaces where we can engage students and collectors alike. We’re excited to be opening (again) in a neighborhood which has also been culturally growing with art studios and galleries, and where Miami’s Oolite Art Center will be opening in 2022.

LLHW: With Dina Mitrani Gallery, you chose to focus exclusively on fine art photography and photo-based art by emerging and mid-career international artists. Will you continue to exhibit emerging photographers in your new space, and if so, what do you look for in this type of work?

DM: I will continue to show emerging and mid-career artists as I have in the past. The new center will provide the space and opportunity to continue discovering new artists, and also collaborate with other photo institutions, independent curators and galleries to bring important exhibitions to this community. I look for work that tells a story. It does not have to be documentary, but the work must stir emotion, even if that emotion is wonder and curiosity. I tend to lean towards conceptual and narrative work, and sometimes works in a series. Beauty is something that is always pleasing to my eye.

LLHW: You mention that beauty is something that’s important to you. How important is the story behind an image? I’m thinking about one artist you’ve exhibited, Peggy Nolan, who makes visually beautiful portraits. But her story is part of what makes her work special too.

DM: I met Peggy Levison Nolan while I was curator at the Art Museum at FIU in 2000 and she was teaching photography there. As soon as I met her and saw her work, I promised her that if one day I would open a gallery, I would show her work. Eight years later, during my inaugural opening, the first photograph I sold was one of Peggy’s, and we have been working together ever since.

At age 75 (though you’d never guess it), with eight children and eight grandchildren, Peggy is still making fresh and beautiful photos of her family and their surroundings. They are portraits of love, intimacy, and sometimes, the messy and ordinary daily life, which she elevates to poetic and universal levels.

LLHW: What makes a portrait striking?

DM: A striking portrait is one that not only tells about the person in the image, but also about the relationship between the sitter and the artist. The format and lighting of the image should really be telling of who the person is and where in time the person lives. I do think making good portraits is incredibly challenging…

LLHW: Is there a specific portrait photographer you particularly enjoyed exhibiting?

DM: Thinking back, I have had a few exhibitions based on the concept of portraiture. Alexandra Rowley’s exhibition Portrait held in the spring of 2009, was a grouping of pictures of things that belonged to her late father. His handkerchiefs, checkbook ledgers, his ties and inner linings of his jackets were all part of the body of work. Even though they were large in scale, it was a personal and intimate exhibition portraying elements of her father’s life, of the way he dressed, of the things he touched on a daily basis as well as the things he valued.

Similarly, Phil Toledano’s exhibition, and book, When I Was Six, is about his late sister Claudia. This body of work consists of two separate kinds of images: the first type are depictions of skies and clouds referencing Toledano’s obsession with space and NASA as a six year old, around the time that his sister died in a tragic accident. The second type of images are photographs of personal items he discovered in a box that his parents had carefully put away after her passing: snapshots, a pencil, a fan, and drawings. The work can be considered an abstract portrait of his sister, based on the things her family chose to keep and tuck away that defined her identity. Through this lens, we are privy to a human behavior that is seldom brought to light: how we hold on to someone we’ve lost, and how the life of a loved one can define a family.

LLHW: What’s a photographic portrait that you love?

DM: Many years ago, while looking through the inventory of a gallery I worked at in New York, I came across a gorgeous photogravure of Marcel Duchamp made by Alfred Stieglitz in 1921. I asked the owner of the gallery if I could buy it from him and he sold it to me for $50! The image is of Duchamp’s profile and the quiet elegance and genius within seems to emanate from the portrait. I always have it hanging nearby.