Book review
Languor
In his tender portraits and landscapes in Central Park, Donavon Smallwood sees his work as a mirror for himself and “about being Black in a space of nature.”

Languor
In his tender portraits and landscapes in Central Park, Donavon Smallwood sees his work as a mirror for himself and “about being Black in a space of nature.”

‘Languor’ is a word that slides off the tongue slowly, as if hinting at its meaning. Looking up a definition one finds a duality; a sense of tiredness or stillness, a lull, an oppressive lethargy—but also pleasure. Languor is sitting down to daydream on a hot, humid night. It is stretching out on a plush cushion of grass after a long day. It is taking a space heavy with history and carving out a moment of rest. Or in the photographer Donavon Smallwood’s words it is “an interaction between landscape and portraiture, serving as an exploration of nature, home, escape, and tranquility. For me, it’s both a love letter and a note of disillusionment.”

It is this pairing of love and disillusionment that creates the pull of these images. Lush landscapes give way to soft surroundings that cradle the young people captured in Smallwood’s series Languor. These are beautiful portraits, treated with a sensitivity and intimacy that draws the viewer in. Smallwood guides the viewer through the landscape like an old hand, stopping to capture the way a willow bends over a path or the spillage of morning glories over a rock.

In this series of black and white photographs, Smallwood paints a picture of a near pastoral space, rich in texture and warm with light. The reflection of light on water provides the backdrop for a young woman, arms behind her back, gaze taking in the camera. A monarch butterfly lands on a white flower thick with petals. A soft gauzy light obscures and embraces a young man in a do-rag, eyes seemingly closed, the graceful branches of a tree mimicking his limbs at rest.

But this is a clever play on the pastoral, for it is only at the end of the book that our location comes to light. The buildings of the Manhattan skyline emerge towering over the trees at the project’s last glance. We have been led through Central Park; a people’s park of green lawns, forest trails where a dark history lingers. A multitude of racist injustices have played out in its environs, none more famous than the devastating wrongful conviction of the ‘Central Park Five’, the name given to a group of teenage boys falsely accused of rape amidst a whipped up media frenzy and witchhunt in the late 1980s. It is here in this huge expanse of greenery, the living lungs of a city whose tensions spill into its supposed Eden, that Smallwood’s photographs have been made.

Even the birth of the park itself is bathed in one of the most American of injustices; the taking of land from a community. Seneca Village was a community of Black landowners located on the Upper West Side of Manhattan, now a section of Central Park. The community, founded in 1825, had churches, cemeteries, and schools and at its apex was home to over 225 residents. As plans for the park developed, the city saw the value of the land and used the policy of eminent domain—the power held by the US government to acquire private property for public use—to force the residents to leave. By 1857 the entire community had been dispersed and the settlement demolished. The history of the community faded away, only truly to be rediscovered in the 1970s.

Smallwood first heard about Seneca Village when he started photographing aimlessly in the park, the discovery provoking a strong reaction that fed into his images.

“It first influenced me into attempting to make harsh images, angry images. Learning that the place I go to to escape was yet another place that held a history that featured the type of darkness I was trying to ignore was more than disheartening—but I realized the love I had for the space trumped those feelings and I had to stay true to that.”

Growing up in East Harlem, Smallwood recalls that Central Park “was the only sliver of nature” he had. “This side of the park is different from most other parts in that we have the North Woods which is a seemingly undeveloped or uncultivated section for hiking and general beyond-the-fence wandering,” he explains. “It always felt real to me going there with friends, or for a walk, or just to read.” The landscapes of his images are idylls of this tranquility and they reach out to enfold the subjects of his portraits. There is a quiet contemplation to the photographs, a sense of being in nature that transcends whatever might be outside the frame, back in the grind of everyday city life.

Choosing to shoot in black and white Smallwood focuses the eye on detail and character, shedding any distraction of pattern or loud color. The result is a distilled look at people meeting a place; inventing and inhabiting it for themselves. Smallwood knew that he wanted to “make images that didn’t fit into the usual Central Park photo legacy. Photographers like Todd Papageorge, Diane Arbus, Gordon Parks, and Bruce Davidson have all photographed the park as the background while I wanted to photograph the inside of the park more as the foreground.” It is within this frame that he finds himself in the work. “I wanted to metaphorically capture myself in the landscapes, the spaces, and the people I photographed. Everything and everyone photographed served as a mirror for me and in that way the work has no choice but to be about being Black in a space of nature.”

How does one hold a place in their mind and body? How does one reconcile larger history with the personal present? It speaks to the connection with place and the artist’s eye that such sensitive images can emerge from such weighted history. Smallwood’s love letter to the park is mature and layered, clear in acknowledging disillusionment while all the while embracing nature. Languor as a project does just what the word’s definition states, taking a space of potential oppression and choosing to make something pleasurable out of it. 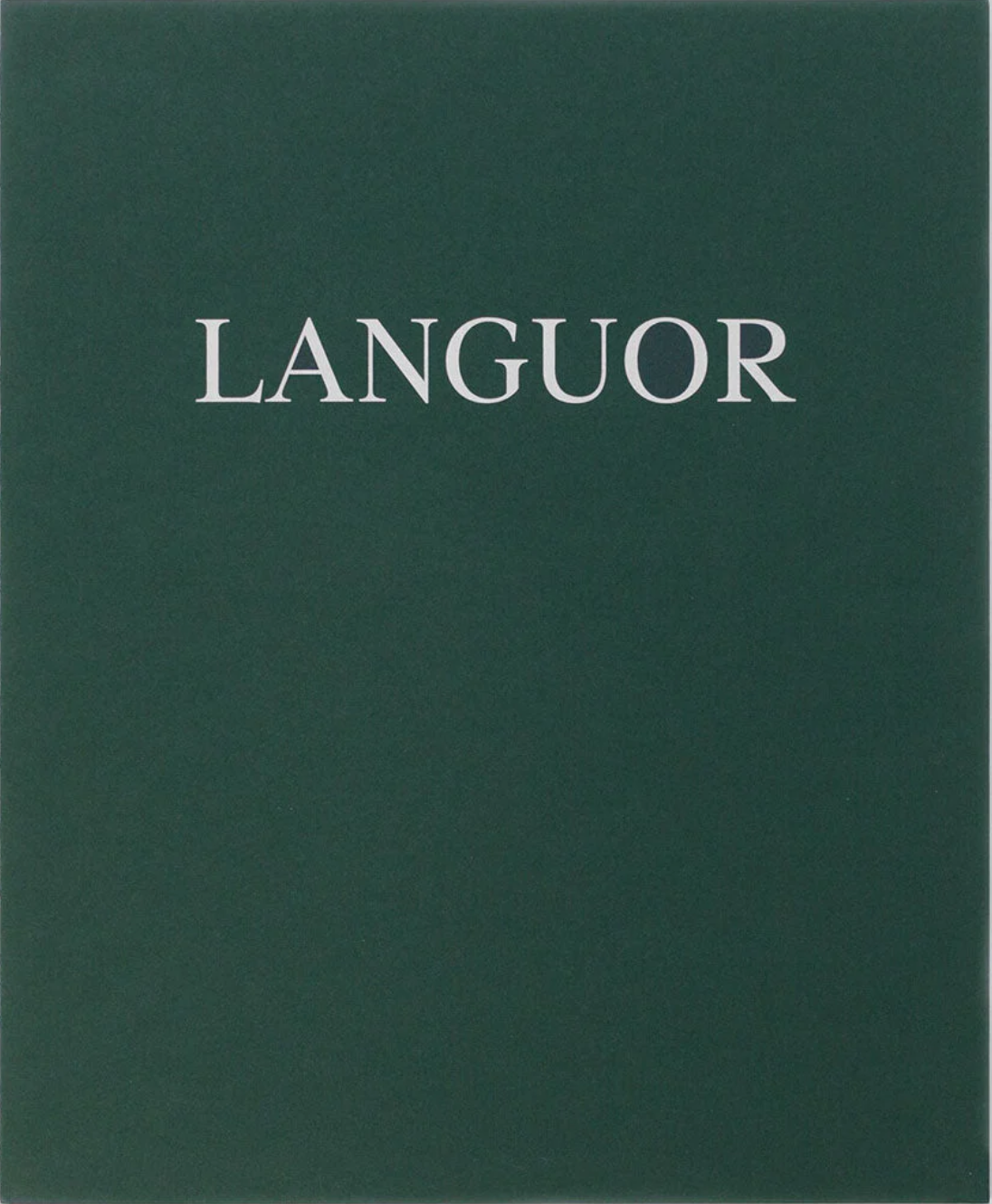