Nature and Materiality: 7 Views (New and Old) on Japanese Photography
Examining the lasting influence of four of Japan&#8217;s greatest photography masters—and three fascinating contemporary practitioners, who are utilizing diverse techniques such as daguerreotype and more.

Dubai Photo Exhibition is the latest—and perhaps most ambitious—international photography showcase to step onto the world stage. Bringing together curators from 23 countries and regions around the world, the exhibition will offer a “museum-style” presentation of more than 700 works by 129 different artists. The exhibition will explore a global perspective on photography, transcending boundaries between form, technique, and geographic region.

Until the opening on March 16, LensCulture will be presenting a multi-part preview of the exhibition [see part 1], highlighting different aspects of the world-spanning program. The second part of this series is an interview with the Japanese curator Mariko Takeuchi about her wide-ranging show on her country’s photographic history and contemporary practices. 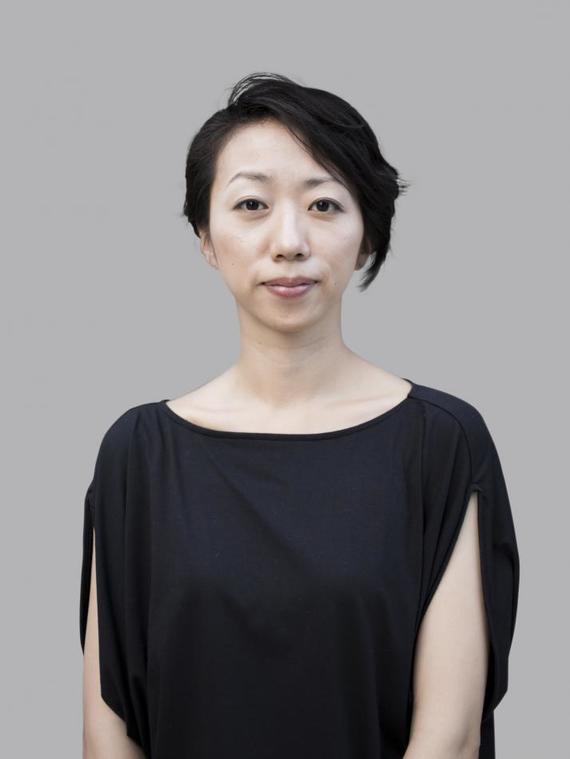 In her words, “This exhibition touches upon many different aspects of Japanese photography. There are four masters, who were chosen for their ongoing influence—Nakaji Yasui, Kiyoji Otsuji, Daido Moriyama and Miyako Ishiuchi. From these four, it is almost impossible to count the number of photographers who have been inspired and influenced by the independent and original ways these masters had of seeing. Then, three emerging photographers, who stand out thanks to their unique approaches to the medium; Takashi Arai, Lieko Shiga and Ryuichi Ishikawa.”

LC: Can you introduce your exhibition program to our readers? What inspired you to put together this group of artists?

Along with these four masters, I have highlighted three upcoming and mid-career photographers. Takashi Arai uses the one-time only nature of daguerreotype, an early photographic process, to scrutinize contemporary society and people. Lieko Shiga elaborates her photographs by combining her own vision and those of local residents, resulting in images with striking color and darkness. Ryuichi Ishikawa, after abandoning boxing, gazes at thousands of people in Okinawa with piercing eyes. Their works demonstrate how photography can delve deeply into human beings and their conditions.

LC: In recent years, we have witnessed an embrace of materiality in photography—from daguerreotype to wet-plate collodion to artist’s book-making. Meanwhile, billions of (digital) images are uploaded every day to Facebook, WhatsApp, Instagram…how does Takashi Arai’s daguerreotype work fit into this wide-ranging spectrum of photographic practice?

MT: Daguerreotype is quite unique in a world saturated with countless reproduced images. Even the process of making the object is a very fragile one and requires lots of time and effort (unlike our single press smartphone). In such a case, the means tend to become ends without realizing it. But Arai seems fully aware of this trap and tries to make use of daguerreotype while also standing firmly face to face with his viewers. In the end, he encourages viewers to imagine even that which does not appear in the photograph—especially important at a time when image-making is so instantaneous that we rarely stop and think it over.

LC: The theme of the Dubai exhibition, overall, is to foster dialogue between photography in different countries around the world. How do you imagine that your exhibition can contribute to this conversation?

MT: I believe that dialogue should start from specific photographs, not from existing ideas nor from regional characters. Photography has a power to generate new ways of thinking. Indeed, I hope that the works in this exhibition could provoke people’s curiosity and let them start questioning existing ideas not only of photography but the world in general.

LC: LensCulture believes that photography is one of the most universal languages on the planet—do you agree? Can you say more?

MT: Yes and no. Photography is a useful communication tool but has no grammar nor vocabulary as linguistic language does. To use photography as a sort of language, we need to learn how to combine photography with text as well as to gain visual literacy based on visual history and its context. Photography as a language is easy to start—but complicated to grasp.

LC: In the past, we used to speak of local/regional photography styles—for example, the tradition of Japanese street photography or the history of French photoreportage. In today’s globalized world, do you think that such local specificities continue to exist? Or is there an emerging “international” style of photography that transcends local boundaries and erases these old distinctions?

MT: Of course, local boundaries are becoming less and less obvious in many aspects of our life. But just like the fact that analog photography never disappears even in a flood of digital images, likewise, local specificities remain valid. Instead, I would say that the contexts of photography have become more multi-layered today—regionality, simultaneity, gender and countless other perspectives should be incorporated in our understandings.