Sleep Creek
This experiment in shared authorship weaves together an enigmatic imaginary New England location out of spellbinding monochrome vignettes.

By now, you’ve probably heard about Paul Guilmoth and Dylan Hausthor’s Sleep Creek, a photobook published in the winter of 2019 by Void, the Athens-based imprint specializing in dark visuals and photographic mythologies. Sleep Creek popped up on numerous end-of-the year book lists, and has been widely recognized in photography circles the world over, so much so that its popularity garnered its selection as Charcoal Book of the Month back in February. But what exactly is it about the New England grit, woven throughout each image in the book, that has captivated this global audience?

Building a world from the ground up, saturated with original narratives, contexts and characters, is a common goal amongst artists working across all mediums. For those who use painting or sculpture to construct their alternate dimensions, there is a vast amount of space and freedom harnessed in the starting point of a blank canvas or hunk of clay. But when your medium of choice is photography, the possibilities for unique construction become tricky to navigate.

As a practice whose history is deeply intertwined with realism, photography has been employed as evidence of events, people and places for nearly two hundred years. Despite this relationship to ‘real’ events, the photographs we find most captivating are often those that harness their own mythology, touching on referents that hastily reveal themselves, only to disappear just as quickly—a frenetic impact of emotion contained within the confines of a still image.

Sleep Creek is the result of a years-long creative partnership between Hausthor and Guilmoth, who grew up in Vermont and New Hampshire respectively, and met while attending art school in Maine in 2011. The two immediately hit it off, and discovered their mutual love for presenting their work through book-making. After graduating from their BFA program, they rented a large house together on Peaks Island in Maine’s Casco Bay, converting the living room into a studio, and spent their days taking photographs of the isolated landmass. There, they founded Wilt Press, and published magazines, photobooks, zines and cassettes, enlarging the shadowy realms occupying their own work across different outlets. Sheltered in the confines of their drafty, peculiar home, the duo began constructing the world of Sleep Creek, leaning into the mythology of New England to find ways to construct a world of their own.

“Since we both grew up in New England, there is a very specific landscape that we are accustomed to interacting with on a daily basis, and there are very specific stories and feelings that come out of that landscape,” Hausthor explains. “It has something to do with the seasons, and this cyclical narrative that they perpetuate.” While their photographic project started out as a documentation of Peaks Island, the duo eventually broke that instinctive straight documentarian threshold, instead creating the world of Sleep Creek, a place containing equal parts fiction and reality. Guilmoth adds, “When you’re a photographer, you’re used to working with realism and with your roots, and you’re trained to make some sort of document, no matter what kind of picture you are making. It’s this relatable piece of content evidence, but how do you construct something new while paying homage to those experiences?”

Publishing work that poses more questions than answers is precisely where Void has found their niche, and after seeing the work of Hausthor and Guilmoth, reaching out to the photographers to collaborate on a book was a no-brainer. The resulting work stays true to the eerie atmosphere of the photographs while situating itself amongst the larger narrative of Void’s projects.

Sleep Creek’s cover is forest green, providing no allusion to the photographs contained within. Instead, viewers first encounter a golden, embossed goat resembling an old wood-block print, hinting at the manifestation of a dark fairy tale. Inspired by the photographers’ uncanny universe, the Void team sifted through old illustration books on witchcraft and the dark arts, finding visuals that enhanced the photographs’ twitching discomfort. The cover instigates more curiosity than clarification, as at first the goat doesn’t necessarily lean towards good or evil—it could be a harmless rural marker, but it could also be a nod to Black Phillip (as Brad Feuerhelm points out in his review of the book on American Suburb X).

Flipping the book over and looking at its back cover, readers encounter another embossed image, this time more explicit in its dark origins: flailing figures in the shallows of a river bank, enraptured in some sort of ritualistic reverence or baptismal wading. While hinting at the context of a ‘creek’, the twisting bodies also drive the timelessness of the photographs home, an indiscernible era that is just as much about the past as it is about the present.

After opening the book, the first page is blank, save for hand-written ellipses in brackets in the lower left corner. This elusive nod to a compiler’s hand informs us that whatever story is contained in the following pages isn’t necessarily the beginning or end of a concrete tale. Rather, it’s a continuation, a fragment, or a series of incomplete scenarios pieced together to create some sort of framework amidst the chaos. The small dots invite each reader to step into the journey laid out for them on the following pages, standing in as a wordless representation for “Once upon a time…”

Turning the page, readers are met with a steady flow of Hausthor and Guilmoth’s monochrome photographs, sequenced to a glitchy beat that feels like watching a film through blinking eyelids. Each image makes you feel like it’s revealing something you’re supposed to know—some crucial detail or piece of evidence that you try to hold onto while processing each subsequent photograph. “We like when photographs, even though they are still images, contain a beginning, middle and overall plot,” explains Hausthor.

“Sure, you can create a visual storyboard that maps out a distinct narrative, but there’s something about capturing it all at once, in one image, and then bringing all of those moments together. When I see Paul’s images, I interpret all of his components—his beginning, middle and plot—and I build on it to create our overarching story. That’s why photography is so interesting to us: these aren’t moving images, but somehow they each contain a narrative. How much can we pack into one frame?”

There is documentation of their surroundings: thickets and groves illuminated by a flash in the night, spiderwebs reflecting silver, bats coursing through the night and animals caught in peculiar circumstances. But there are also people, seemingly caught in candid creeping. While the work is made by both photographers, there is no indication of who exactly took which photograph. Hausthor and Guilmoth work in a similar manner, prioritizing the absence of horizons and stark magnesium flare lighting, presenting countless references to natural elements like fire, water, ice and wind.

The world of Sleep Creek is shown to us in the context of dusk and night time, inspired by eeriness of gothic New England lore. But it’s also a rumination on how we come to construct any place, tapping into the limitless possibilities of story, myth and character-building that highlights the partnership between fiction and evidence in photography. Coursing through the photographs, we feel like we’re bearing witness to things that were only meant to happen in the dark of night, never meant to be recorded and seen.

As they shift into making more images, Hausthor and Guilmoth hope that Sleep Creek stands the test of time, not only as a collective work, but also as individual images. “I like the idea of people flipping through this book, trying to figure out what’s real to them,”Guilmoth reflects. “I think that’s an interesting subjective experience, and I like the idea that we prompt questions in people and make them think about their own surroundings.” Hausthor quips, “I want people to feel the same magic in these photographs ten years from now as they might feel today.” The praise that the book has received so far is indeed a testament to its potential for that lasting magic. 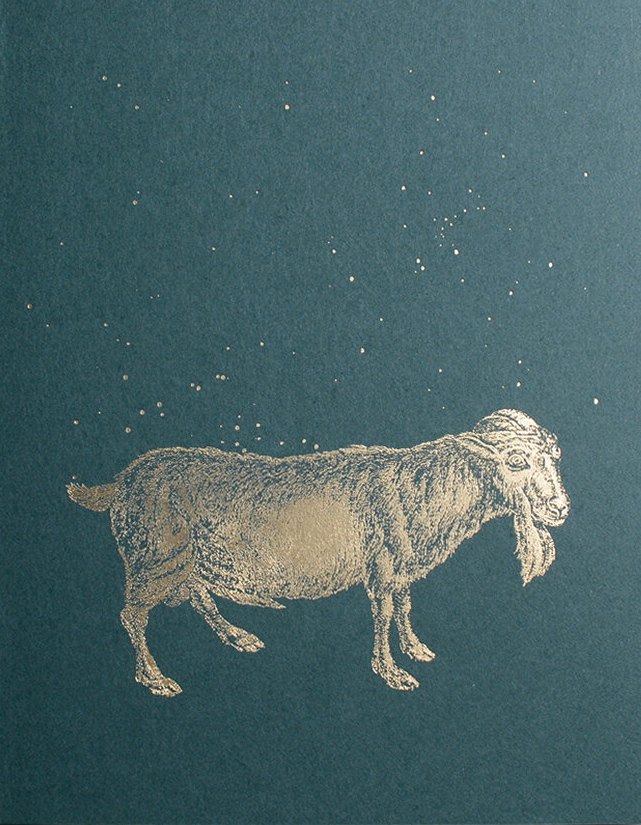