Feature
Siloquies and Soliloquies on Death, Life and Other Interludes
​Photography has long been seen as a “little death,” a frozen moment of our own mortality. This award-winning project deconstructs our visual representations of a state that is beyond comprehension.

Photographs and text by Edgar Martins

Siloquies and Soliloquies on Death, Life and Other Interludes
​Photography has long been seen as a “little death,” a frozen moment of our own mortality. This award-winning project deconstructs our visual representations of a state that is beyond comprehension.

Yumi Goto, an independent curator working in Japan, chose this submission as her Juror’s Pick in the Magnum Photography Awards 2017. She explains her choice in the brief statement below; we have also included Martins’ full artist statement so you can delve into the project’s fascinating background and inspirations.

“I was especially excited to see Edgar Martins’ project ‘Siloquies and Soliloquies on Death, Life and Other Interludes.’ To produce this work, Martins worked in layers and was able to depict and deconstruct some of the mechanisms of death and suicide. I found his work particular amongst submissions; he found a very unique angle and through his imagery, discovered a new definition of death.”

“Siloquies and Soliloquies on Death, Life and Other Interludes” began to take shape during the course of research carried out at the National Institute of Legal Medicine and Forensic Sciences (INMLCF) in Portugal. Over a period of three years, I took more than a thousand photographs and responded to more than three thousand negatives from the INML’s vast and extraordinary collection. A significant number of these images depict forensic evidence, particularly weapons and objects used in crimes and suicides, as well as crime scenes, death masks, projectiles, suicide notes, letters and activities inherent in the work of the pathologist.

Alongside these photographs, I also began to recover images from my own archive and produce new photographs on other subjects, intended as a visual, narrative and conceptual counterpoint. The project sits precisely within this counterpoint between images, imaginations and imagery relating to death and the dead body. They represent an interstitial realm—an interlude—between art and non-art, between past and present, between reality and fiction.

My decision to work in the National Institute of Legal Medicine stems from my interest in highlighting the historic and symbolic role of one of the places that, in the context of modernity, institutionalized—through scientific practice and judicial discourse—the representation, analysis and scrutiny of death and the dead body. In this sense, the incursion of a photographic artist into a place so charged with scientific character (medical, judicial, ideological) necessarily calls on epistemological, psychological and semantic questioning: for example, what distinguishes a documental image of a corpse or a crime scene from an image that reproduces the staged creation of a mental image of a corpse or a crime scene? What effect do these differences have in the viewer’s imagination? How do the retrospective and prospective horizons appear in the face of these different types of image?

By productively linking documental and factual records (pertaining to real cases and meeting the scientific and operational requirements of the INMLCF) with images that seek to explore their speculative and fictional potential, “Siloquies and Soliloquies on Death, Life and Other Interludes” proposes to scrutinize the tensions and contradictions inherent in the representation and imagination of death, in particular violent death. Correlatively, this series explores the decisive but deeply paradoxical role that photography—with its epistemological, aesthetic and ethical implications—has played in death’s perception and intelligibility.

Editors’ note: Photo Oxford will present the UK premiere of Edgar Martins’ project. The exhibition will run from September 8 to 24, 2017. Also, the project was turned into a beautiful photo book. Finally, this work was presented at the Rencontres d’Arles—enjoy this short, unusual, and memorable video presentation.

This project was a Juror’s Pick in the Magnum Photography Awards 2017. Discover more inspiring work from all 41 of the winners, finalists, and jurors’ picks. 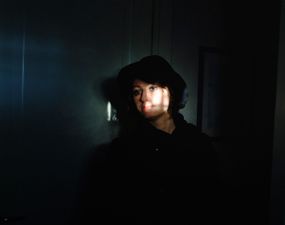 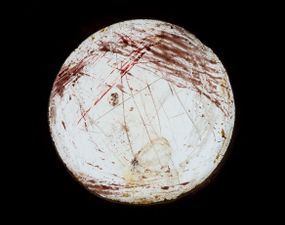 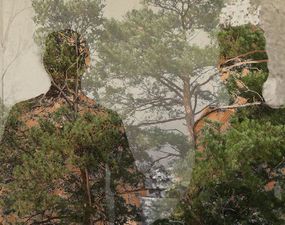 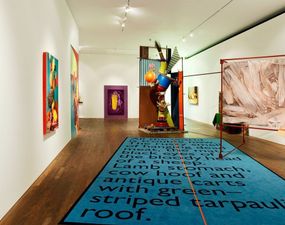 In Search of Context: Advice from The Photographers’ Gallery
The Photographers Gallery
A long-time curator at London’s leading public institution dedicated to photography offers great advice for portrait photographers who are looking to take the next step in their careers. 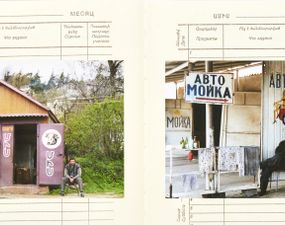 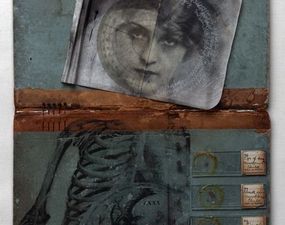