Award winner
Plastic Trees
Aesthetically stunning (and deeply disturbing), this series aims to stimulate social awareness of our use of plastic bags—the planet’s most ubiquitous consumer item—which can be found littered across the natural world.
Photographs and text by Eduardo Leal
View Images

Plastic Trees
Aesthetically stunning (and deeply disturbing), this series aims to stimulate social awareness of our use of plastic bags—the planet&#8217;s most ubiquitous consumer item—which can be found littered across the natural world.

The world consumes one million plastic bags every minute. It is considered by the Guinness World Book of Records as “the most ubiquitous consumer item in the world.”

But the ever-useful plastic bag has become the main source of pollution worldwide. It can be found everywhere on the planet, from the seaside to the bottom of the ocean to the Arctic. Even at the top of the world, on Mount Everest, you can find some plastic residue.

Since most plastic isn’t biodegradable, it will last for hundreds of years in the natural environment.

The problem is even more acute in developing countries, where waste management infrastructures are not properly developed and where the population is used to throwing everything away. This accumulation of plastic bags in the environment has caused the deterioration of the landscape, as well as the destruction of agricultural soils. It is also associated with the death of domestic and wild animals.

Plastic Trees was made to call attention to this problem. The work focuses on the spread of plastic bags on the Bolivian Altiplano, where millions of bags travel with the wind until they get entangled in native bushes, marring the beautiful landscape.

Sadly, these images don’t portray an isolated case—this phenomenon can be seen in many countries all over the world. 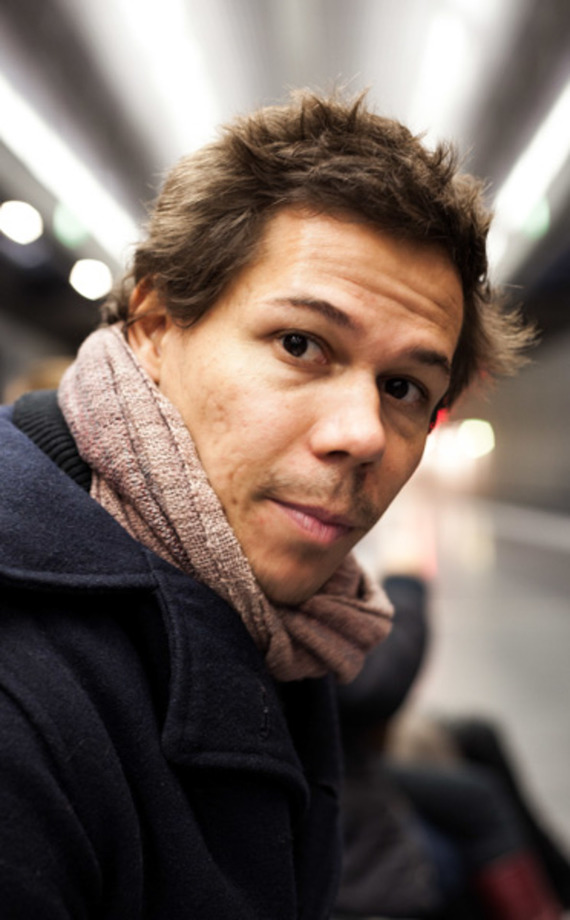 Last year, Eduardo Leal was named a Series Winner in the Fine Art/Conceptual category of the LensCulture Earth Awards 2015 for his series, “Plastic Trees.” His project consisted of a set of aesthetically stunning—and deeply disturbing—images from the broad expanses of the Bolivian Altiplano, showing how plastic bags are ruining this unique environment (and many others around the world).

LensCulture (LC): How did you begin working on your series “Plastic Trees”?

Eduardo Leal (EL): For years, I have been traveling to many different parts of the world but especially to developing countries in South America and Asia. While there, it always upset me to see so many beautiful places ruined because of the garbage that gathers in these spots—most of it being plastic bags.

So, I decided I wanted to do something to call attention to this problem. But I knew it would be difficult to photograph plastic bags, to turn them into an interesting visual subject that could engage the viewer. It took me years to find the right way so I could express what I felt. But once I had found the right place and approach, the work was quite straightforward.

LC: The series has a particularly fine art, almost portrait-like feeling to it. Different than your other works. Can you describe how you settled on this visual approach for this project?

EL: As I mentioned, it was some years that I was toying with this idea. But fortunately, as they say, a light-bulb went off. One day, I was walking on the outskirts of Uyuni, Bolivia, and found this incredibly beautiful place covered with plastic bags. At that moment, I saw it all at once: I became sure that it was here that I would do something about this issue.

After playing a bit with the light and the perspective, I found what I wanted. Then, it was only a matter of going back to the same place, day after day, at the same time, in order to capture a consistent light and look for my most captivating subjects.

Still, it should be noted that my compositions were produced only by my moving around the trees and looking for the right angles. I never moved any plastic bags or set up my subjects in a particular way. That is something very important to me: working as a photojournalist, I’m aware of the importance of not arranging photos or manipulating the truth. The only thing I manipulated to produce the images was to make a hole in the ground (using my hands), so that I could have the right perspective to transform the little bushes into trees.

Yes, in fact, all the “plastic trees” are actually very little bushes—the biggest is no bigger than the size of two hands! But in my work, I transformed them into trees as a metaphorical way of showing the size of the problem.

But you’re right, it is completely different from everything I had done until that moment. So much so that when I finished the series, I didn’t have a clue what to do with it, since the platforms I usually work with were not particular interested in these kinds of conceptual projects.

LC: Both you and Mandy Barker are engaging with plastic debris in your work. Barker chose to show a GIANT quantity of plastic. You chose a much more singular approach—one plastic bag at a time. What is the power, for you, of showing something unimaginably large (“1 million plastic bags every minute”) in an individual manner?

EL: I wanted to do something beautiful but also with meaning. I feel that sometimes images about problematic issues are so hard for the viewers to look at, that they then disconnect from what’s in front of them.

After all, it’s quite easy to turn the page of a magazine or click to another website—so I knew I wanted to produce images that were stunning or intriguing and that would make the viewer wander what they were looking at…and then want to learn more.

LC: Your statement for the series is quite analytical: you talk about the quantity of plastic bags, about how many years they take to biodegrade, etc. Meanwhile, your photos are emotional & artistic. Do you feel any tension in stimulating an emotional response vs. making an intellectual, quantitive argument? Do these approaches need to be opposed?

EL: I don’t think these approaches need to be opposed. On the contrary, I think they can complement each other! The images in my project are emotional and artistic in a way that grabs the viewer into looking at them, admiring them and then, finally, challenging them. After looking at the photographs, I then hope people will go and read the text to get the scientific facts and think about the magnitude of the problem that plastic bags actually pose.

I think if the images were simply on their own, they would be only nice images of plastic bags stuck on little bushes. Or if there were only a text, it would be a lot of numbers and facts that just bored people. But together, I believe they have become a powerful tool.

LC: You are currently working in Latin America, a continent with a fascinating history of political movement and revolution. Can you talk more about this political/historical environment affects your work? You were born in Portugal but do you feel like you are touching on some Latin American root in your work?

EL: Definitely, the historical and political environment affects my work, sometimes more than I’m aware of.

It’s funny because it all started with me working in a photography archive on the Cuban Revolution in London. Even back then, I was being influenced by the politics and history of this region.

Then, on my holidays five years ago, I went to Venezuela for the first time. It’s there that I witnessed the beginning of the end for President Hugo Chávez. When I finally decided to make a career as a photographer, there was no other place I wanted to work besides this fascinating region. It is here where I feel at home, sometimes even more than Portugal, where I was born.

LC: What do you hope to achieve with this work? More generally, do you think photography (or art) has an ability to inspire change? Have you ever seen any examples of this which made you believe, “Art can make a difference”?

EL: I would love for this project to change the behavior of people regarding their usage of plastic bags and to have a resulting impact on the environment. But, I’m not so naïve as to believe that my work will bring about such a change immediately.

More generally, it’s not that people see a project (or any kind of art) and the world changes just like that. If that were true, we would live already in some amazing place! But still, art has the potential to change the mind of one, two, maybe three people at a time. And when that happens, then I have planted a seed that in the future might bring about the change I envision. 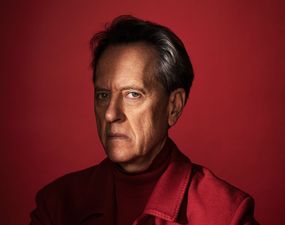 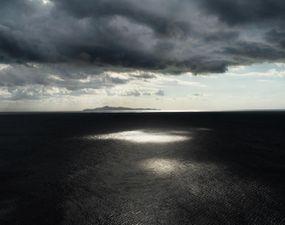 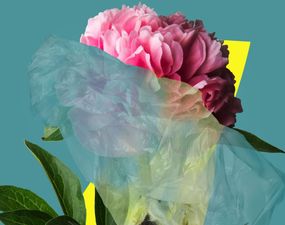 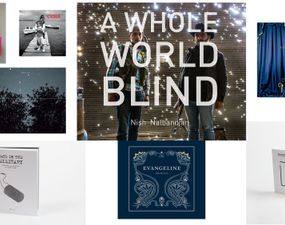 Changing the Way We See: 15 Years of Daylight
Michael Itkoff
Publisher, teacher and artist Michael Itkoff draws on his diverse experiences to offer invaluable insights on the power of narrative photography. 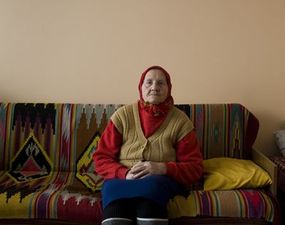 Portraits
Andrzej Mitura
Andrej Mitura photographs former residents of five Russian villages who were moved to new blocks of flats in other places, to make way for a new artificial lake. 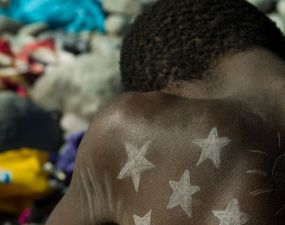 Stardust
Isadora Romero
In the highlands of Ecuador, fantastical stories are passed down through generations by oral tradition. This series is inspired by the symbols present in these myths, bringing them to light—and preserving them—in the modern day.