Book review
The Unseen: Seeing the World Anew, in Infrared
This lovely photobook is filled with discovery, taking us on an eye-opening journey from England’s most haunted village to the flooded fields of Assam, passing by dazzling blue glaciers and a crimson-drenched apiary—all through the inverted vision of infrared film.

The Unseen: Seeing the World Anew, in Infrared
This lovely photobook is filled with discovery, taking us on an eye-opening journey from England’s most haunted village to the flooded fields of Assam, passing by dazzling blue glaciers and a crimson-drenched apiary—all through the inverted vision of infrared film.

Even the most photophilic among us could be forgiven for underestimating the variety and utility of infrared film. After the immense success of Richard Mosse’s series from the battlefields of eastern Africa, the new possibilities offered by the medium felt limited. Surely any other work—especially of conflict—would seem like nothing more than an echo of Mosse’s pioneering vision.

Enter British documentary photographer Edward Thompson. Beginning with his discovery of a seminal volume titled Photography by Infrared—a veritable encyclopedia on the medium—Thompson found himself sitting on what he described as “1,800 ideas to research” but only eight rolls of working, color infrared film to explore this trove of inspiration.

From this intriguing start, the rest of Thompson’s wonderfully obsessive journey unfurls. The resulting series range far and wide, showing that Mosse’s celebrated red battlefields only scratched the surface of what this enigmatic and strangely beautiful film had to offer the world. Thompson’s varied bodies of work are gathered together in his book, The Unseen, and interspersed by the photographer’s clear, lucid storytelling.

To say the images which Thompson produced are diverse would truly be an understatement. With his highly limited supply of film in hand, Thompson takes us to England’s “most haunted village,” shooting a blood-curdling set of truly spooky pictures. He shows us the city of London as we have never seen it—from aerial view and in shocking crimson tones, which reveal that the city is both one of the world’s greenest urban places (some 40% of Greater London is covered in green space) as well as one of the most polluted. He photographs the deepest reaches of space, paintings from the Royal Engineers Museum, flooding in Assam, India and many other things besides. Ghoulish portraits showing patients’ superficial venous patterns dot the pages, shocking and fascinating us with each appearance (made even more powerful by book designer’s Teun van der Heijden ingenious lay-out [see below]). As if all that weren’t enough, we also stop at a butcher-like apiary, drenched in disquieting red, and to the bluest glaciers you have ever seen—infrared film turns out to hide bold sapphire hues within its ruby heart. 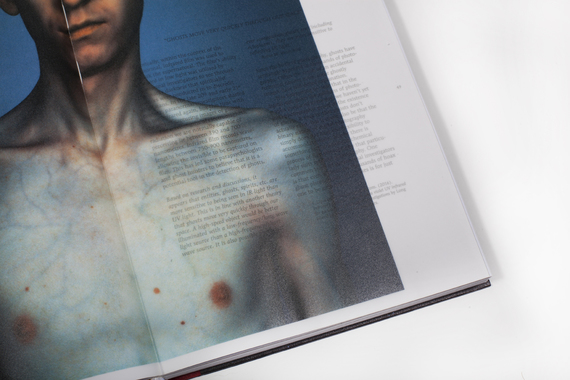 One of the unexpected joys of the book is the sense of discovery that we share alongside Thompson. This is achieved not only by the wide range of subjects which Thompson tackles, but especially thanks to the inviting, conversational texts which guide us through his infrared adventures. Each time Thompson comes across a new, unlikely source of still-functioning infrared film, we feel, alongside him, the thrill of a treasure hunt. And when the book ends in the heart of Chernobyl’s Red Forest, we are sad to leave Thompson’s side.

Still, the journey has not been for naught. As Thompson writes in his dedication at the start of the book (taken from the aforementioned Photography by Infrared), “Dedicated to all those who shed infrared as well as light upon the understanding and betterment of the human environment.” We have benefited from Thompson’s mission of shedding new light on the world—for our understanding of what the eye can see has been irreversibly enlarged by his noble efforts. 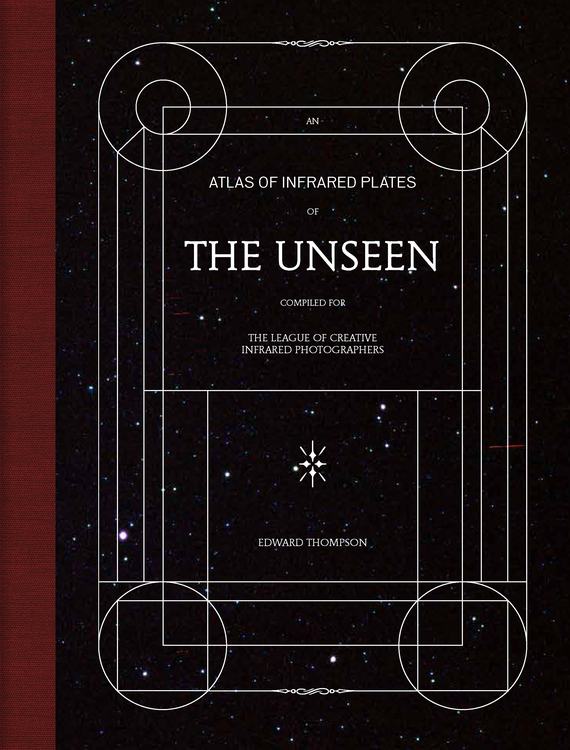