Award winner
Still Waiting
“My project aims to give a voice to the many families who are still waiting to bury their loved ones with dignity.” A sensitive and respectful work documenting the aftermaths of the ethnic cleansing of the Serbs in Kosovo after June 1999.
Photographs and text by Emanuele Occhipinti
View Images

Still Waiting
&#8220;My project aims to give a voice to the many families who are still waiting to bury their loved ones with dignity.&#8221; A sensitive and respectful work documenting the aftermaths of the ethnic cleansing of the Serbs in Kosovo after June 1999.

These disturbing yet powerful photographs tell the story of those still waiting to discover loved ones missing in the aftermath of the Kosovo War. The series was named a finalist in the LensCulture Visual Storytelling Awards 2015.

The Kosovo War bloodied Europe up until the NATO bombing of 1999 and the subsequent Kumanovo Treaty led to the withdrawal of the Serbian police and the return of the Albanians.

The war and its horrors seemed to be over, but for many it was just the beginning.

The Albanian separatists of the UÇK took military control of the country, and set in motion a campaign of brutal revenge against Serbian civilians, destroying villages, torturing, raping, killing and kidnapping people, as confirmed by Human Rights Watch.

According to UN sources, 723 Serbian civilians went missing in a few months, although Serbian authorities estimate the figure to be twice as high. Some evidence suggests crimes of an even more dreadful nature: in her book The Hunt, Carla Del Ponte—former Chief Prosecutor for the International Criminal Tribunal for the former Yugoslavia—reports of a “Yellow House” in Albania where many Serbians were allegedly killed to harvest their organs and sell them on the illegal market.

Fifteen years later, the mortal remains of only some of the missing have been found, often buried in mass graves. The guilty parties have only rarely been identified and punished, mostly as a result of collusion and cover-ups at all levels, even to the extent that some prosecutions were conducted only for guilty sentences to then be overturned.The frustrating slowness and inadequacy of the investigations led families of the victims to feel let down by the Serbian government and the supranational institutions for failing to do enough to confront what happened.

My project aims to give a voice to the many families who are still waiting to bury their loved ones with dignity. Of those lives, sometimes there’s nothing left but a few personal possessions, as relics that soothe their absence.

My hope is that the unquenchable thirst for justice that these family members feel for the relatives they lost may yet shed full light on this concealed truth; one of a long list that lie buried in the heart of Europe. 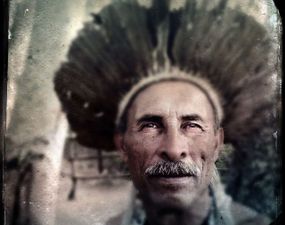 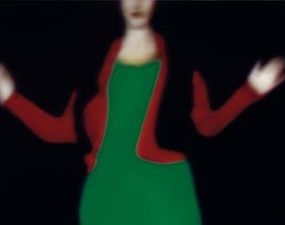 Sarah Moon
Sarah Moon
For both her fashion photography and her personal work, Sarah Moon creates images that are soft, romantic, melancholy, outside of time, more dream-like fantasy than anything real. 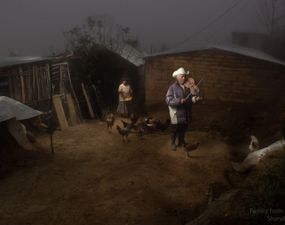 Family from the Mist
Shandor Barcs
Magic realism pervades this dream-like series of people from an ancient culture living in a remote mountain region, and happily continuing simple, music-filled lives while also embracing some modern conveniences like smartphones. 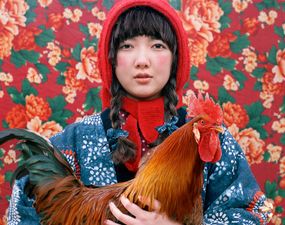 Childhood Revisited
Shuwei Liu
Zooming through time and returning to childhood with fresh eyes, using photography as a means to create a new perspective on the past. 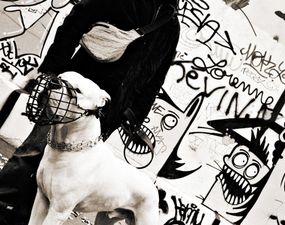 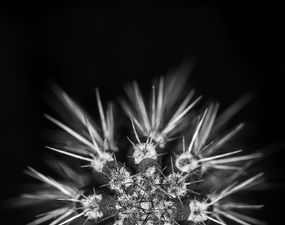 The Tree That Bears Fruit
Anna Agoston
Macrophotography taken to a deeper, more sensitive place—in this series, living plants are transformed into two-dimensional sculptures, crafted with care yet shot with simplicity.