Interview
Transnistria: Between East and West
A fascinating look into one of the world’s “frozen conflicts,”—a barely acknowledged breakaway state caught between the old promises of Soviet ideology and a tenuous connection to Europe.
Interview with Emile Ducke
View Images

Transnistria: Between East and West
A fascinating look into one of the world&#8217;s &#8220;frozen conflicts,&#8221;—a barely acknowledged breakaway state caught between the old promises of Soviet ideology and a tenuous connection to Europe.

This powerful set of documentary photographs was selected as a student spotlight in the Magnum Photography Awards 2016. Discover more inspiring work from all 44 of the winners, finalists, jurors’ picks and student spotlights.

Transnistria—a very narrow strip of land, at times only a few kilometers wide—lies along the border with Ukraine in eastern Moldova. Legally, Transnistria is part of the Republic of Moldova. Although Transnistria is not acknowledged as a sovereign state by any other nation, it has its own government, currency, administration and military. Its coat of arms still boasts the hammer and sickle.

When the Soviet Union collapsed, the Moldovan government in Chisinau established Moldovan (the local version of Romanian) as the country’s only official language. The largely Russian-speaking population east of the Dniester River feared the loss of their rights and subsequently created a defacto Transnistrian regime. They declared themselves independent from the Republic of Moldova and established the Dniester as their territorial border.

In 1992, the conflict surrounding Transnistria escalated. Moldovan troops attempted to bring the separatist region under Moldovan control. It wasn’t until Russian forces intervened that a ceasefire could be negotiated. Since then, the conflict has halted, but it never reached a resolution.

To this day, around 1,400 Russian soldiers remain stationed in Transnistria. After the annexation of Crimea by Russia, the Transnistrian Parliament addressed Moscow once again in pursuit of Russian incorporation. During a referendum in 2006, 97.1% of Transnistrians were in support of joining the Russian Federation.

For the time being, the status quo of the small republic remains unchanged, and its application for admission into the Federation is, as yet, unanswered. 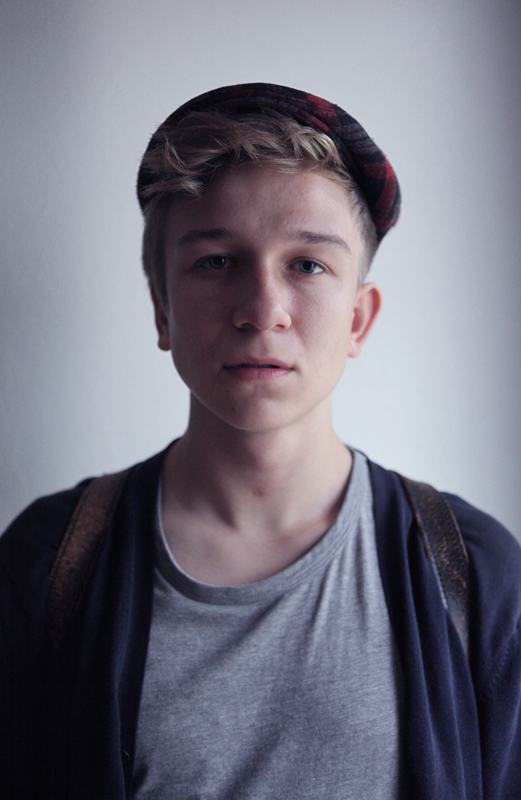 LC: What drew you towards Transnistria in the first place?

ED: I first visited in August 2013, and I had only heard of Transnistria for the first time a few months beforehand. I was fascinated by how its sovereignty was barely acknowledged by any other nation, despite being an established region for over 20 years. There’s been a frozen, almost unspoken, conflict in Transnistria since the ceasefire in 1992. Not much has changed in over a decade.

Several months after my first trip, news broke out about the Ukrainian revolution in Kiev. It was an interesting time, as Crimea was also navigating separatist movements in Ukraine and comparisons could be drawn to the political situation in Moldova. Journalists and experts hypothesized that the developments in Eastern Ukraine could help to thaw the situation in Moldova, so I wanted to document Transnistria at the point of potential cultural change.

LC: You look at a wide range of subjects: the military, education, history, transport, tradition, nationalism, and the lower class. Despite the small selection of images, your photographs cover many of the social and political issues in Transnistria. What message did you want to communicate through your work?

ED: My goal was to investigate the idea of identity in a country that’s hardly recognized in the world. Initially I was looking to document the ways in which Transnistrians sought to separate themselves from Moldovans. I found that they’d built their own traditions, and I photographed a few of these rituals, such as military demonstrations or veteran clubs where men meet to sing patriotic songs together once a week. I quickly caught on to how Transnistria seemed to identify more with Russia and with Soviet ideologies.

When the Soviet Union collapsed and the Republic of Moldova was in the process of becoming independent, Transnistria started a movement that favored staying within the Soviet Union. Being a small, separatist part of a poor country, I had the feeling that they didn’t want to give up their Soviet identity. Their dedication to Soviet structures (such as teaching the Soviet-introduced Moldovan Cyrillic alphabet in schools, or celebrating Soviet holidays and events) highlighted their desire to preserve their connection to Russia. This became a major point of interest for me.

LC: The pictures feel as if they were taken in another time—both in subject and in style. What did you shoot on and what were your aesthetic intentions?

ED: For my first two trips I shot in large format. I liked the idea of the image process being slow-moving, almost static, as I felt it aligned with the content. I also used medium format and digital techniques for practical reasons, such as shooting inside or at night, but I wanted to maintain the feeling of images shot in large format. It wasn’t so much about the camera or the process: it was about taking the pace down and setting a suitable aesthetic that communicated the essence of Transnistria.

Although Transnistria has spent the last 20 years stuck in the status quo, I wasn’t trying to say, “look at this country, it’s stuck in the past.” It was about photographing political ideas. Predominantly I wanted my photographs to demonstrate the dated mentalities that result from a country kept under hammer and sickle.

LC: So are the majority of Transnistrian citizens pro-Russian?

ED: It’s quite interesting, because ethnically the population is divided: 1/3 are Russian, 1/3 are Moldovan, and 1/3 are Ukrainian. But the political consensus is pro-Russian. They had a referendum in 2006, and incredibly, 98% said they were in favor of joining the Russian federation. Those numbers are unbelievably high…

ED: There were many questions about whether or not it was fixed. I think it’s an exceptionally high percentage. If you wander through Transnistria, it’s rare to hear anyone talk favorably of rejoining the Republic of Moldova.

LC: Ideology often begins in schools—what did you see in the Transnistrian educational system in terms of national identity?

ED: I was curious about the education system in Transnistria. Language is a significant barrier, as children write in Soviet Cyrillic script. This blocks them from many opportunities—it also ties them to the region. I saw children from a town called Grigoriopol cross back and forth over the Moldovan border every day to go to school in Dorotcaia [a commune in the Republic of Moldova]. There they attend a Moldovan school where they are educated in the “modern” Latin-based Romanian script. Transnistrian schools do allow children to speak Moldovan, but they write in Cyrillic script.

I took one of my pictures during a math lesson in a Transnistrian school. You can clearly see propaganda and state material (like the Soviet coat of arms, soldiers, and motivational phrases) covering the walls of the classroom. While the room hosts regular lessons, the classroom is also a space to reinforce Soviet ideologies to the children. This is something you wouldn’t find in Moldovan schools.

That said, there are six Moldovan schools in Transnistria that are in favor of rejoining Moldova again. It seems to be a bit of a mix, but in some schools this mentality is definitely encouraged from a young age.

LC: The shot of the teenagers watching a film in the car [the final image in slideshow] feels quite different from the others. Can you discuss this photograph?

ED: This image shows another side of Transnistrian life. I wanted it to stand in contrast to the pictures of veterans and soldiers that chant quotes about war, or teachers that stand in front of the Transnistrian coat of arms. The kids in the car told me that they’re heading for Russia once they finish university in Transnistria. They didn’t spend much time searching for an identity in their country—they’d already decided that they could be luckier somewhere else abroad.

I was also curious to see what happened to people who attended university in Transnistria—they essentially receive diplomas from institutions that aren’t formally acknowledged. What do they do afterwards? What do they see in their futures? Do they want to stay in Transnistria? Many of the young people I met said they wanted to move to Russia for a better future. The photograph of the teenagers in their car is a metaphor for their isolation; it shows how many young people are not at all connected to this crisis of identity. They just want to have their own lives.

Francesca Cronan is a contributing writer for LensCulture as well as Vice UK. More of her work can be found on her website and on Twitter.