Feature
Cartography of Extremes: In Search of the Wild
From stunning views to dizzying heights, the awesome power of nature reigns supreme in the Northern French Alps.
Photographs and text by Emmanuelle Blanc
View Images

Cartography of Extremes: In Search of the Wild
From stunning views to dizzying heights, the awesome power of nature reigns supreme in the Northern French Alps.

When Chris McCandless journeyed into the far reaches of Alaska, he was going Into the Wild. But if Chris had been French, would there have been any place for him to go?

French photographer Emmanuelle Blanc was intrigued by the same question: does France have any wild left? Yes, the country has “nature” and “landscapes” and “parks”—but what about true wilderness? Unspoiled, untouched earth, spared of human traces.

To answer her question, she journeyed to some of France’s most extreme cartographic points, the Northern French Alps, to find the country’s highest mountains, craggiest peaks, sheerest drops. When she got there, not only was she putting her own human tracks where she hoped to find none but she became confronted with another basic question, “how to define this word, ‘landscape?’”

By first studying Renaissance paintings, when landscapes were popularized in Western art, and then moving onto Romanticism, she began to formulate a contemporary photographic response. Blanc’s photos, then, try to re-conjure the feelings of the wild, the Romantic notions of human beings pitted against the elements, the ideas of natural wonder and the Sublime, even in today’s diminished world.

To be clear, you will find some sign of human activity in many (all?) of Blanc’s photos. The ubiquity of man’s traces are simply too prevalent. But while there may be less and less true wilderness out there every day, Blanc’s dramatic compositions show us that if we’re willing to go just a little farther in our explorations, the human element begins to pale, and we find ourselves face to face with parts of nature that retain the power to challenge and amaze.

Editor’s Note: Emmanuelle Blanc’s work was featured in the exhibition France(s) Territoire Liquide, which was part of the photography festival Transphotographiques held in Lille, France between June 5 and July 7, 2014. 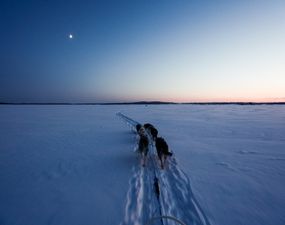 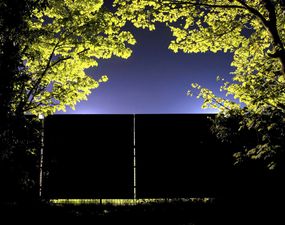 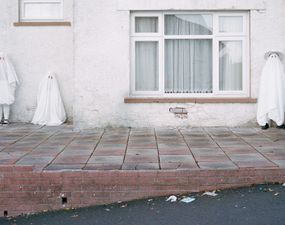 It’s Called Ffasiwn
Clémentine Schneidermann
Working with local children, photographer Clémentine Schneidermann and stylist Charlotte James took to the streets of South Wales to create a colourful series of staged tableaux, using fashion as a tool to change perceptions of the region. 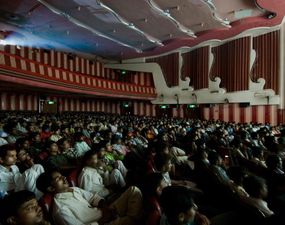 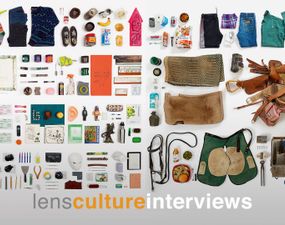 Everything We Touch
Paula Zuccotti
Video: Making sense of someone’s life by only viewing the objects they touch throughout a day—indirect snapshots, each offering an accumulation of moments and glimpses into others’ inner lives. 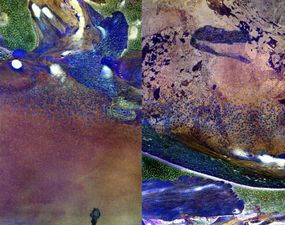 MATTER / BURN OUT
Daisuke Yokota
An elegant abstract book from Japan—cinematic in look and feel, and an experimental wordless meditation on materiality, art, random beauty and impermanence.