Interview
Visceral, Emotional, Intellectual: The Ingredients of Powerful Photography
In today’s era of visual bombardment—of “why not?” rather than “why?”—trained visual storytellers are more important than ever. This interview offers insight from a seasoned agency professional, who brings over four decades of experience to her thoughts on the medium.
Interview with Maria Mann of the European Pressphoto Agency
View Images

Visceral, Emotional, Intellectual: The Ingredients of Powerful Photography
In today&#8217;s era of visual bombardment—of &#8220;why not?&#8221; rather than &#8220;why?&#8221;—trained visual storytellers are more important than ever. This interview offers insight from a seasoned agency professional, who brings over four decades of experience to her thoughts on the medium. 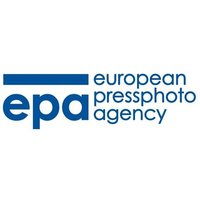 The European Pressphoto Agency (EPA) has been in operation since 1985, providing the world with unique, powerful news photography. In the Agency’s own words, “No information is more authentic than professional news photography.”

Maria Mann is the director for international relations for the EPA. Previously, Mann was director of global current events at Corbis and also worked at the Agence France Presse in Paris.

In this interview, she talks about the current state of photojournalism while offering her advice on how photographers can stand out from the crowd. As a portfolio reviewer at the upcoming LensCulture / World Press Photo Portfolio Reviews 2016, she also speaks to how to get the most out of these valuable, career-building events. 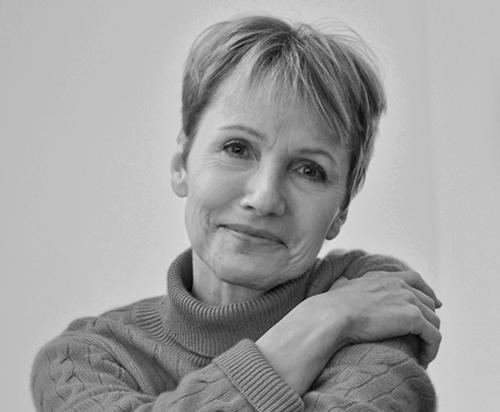 LC: You have worked with EPA for many years. Can you say a bit more about your role there as Director for International Relations? What have been some of the most personally rewarding aspects of this position?

MM: My role has given me enormous opportunities to make known the work of our global photojournalists and the stories they document. It has also allowed me to meet a tremendous number of talented photojournalists, NGO leaders and volunteers. I participate on juries and curate exhibits on international issues, something I consider a privilege.

Within EPA, I coach our photographers—across many countries—in techniques of story development and methods of improving their communication and interpretational skills. This also involves being available for them when they need to talk about difficult situations in conflict areas, or when they are simply stuck as to where to take a story next. When they succeed, I am very proud of them—and this, to me, is the most rewarding.

LC: At the moment, it feels that we are being bombarded with visual inputs—what, then, are the characteristics that allow a photographic project to stand out and arouse your interest?

MM: “Bombarded” is the perfect word. Technology brings with it the irresistible temptation to produce far too much, transmit far too much—often without thought or feeling.

We have turned into a “Why Not?” society, instead of “Why?” The most important aspects of photography are knowledge of the situation, connection with the subject, anticipation of events and the understanding that with privilege comes responsibility.

What stands out for me is the ability of a photographer to produce an image or set of images that communicates immediately. It is visceral, emotional and intellectual—in that order. Each image should have its own weight. If this constellation occurs, the photograph has succeeded.

LC: Through the increased use of freelancers’ work, what has changed about the information that wire agencies provide? How important are freelancers for agencies today? What will the future look like in this regard?

MM: With staffs in many media outlets growing smaller, freelancers play a more important role because of their availability, geographic location and knowledge of the stories in their areas. Doing consistently good work and being able to transmit quickly can lead to a contract or eventually a permanent job offer.

The future can look bright or bleak depending on the medium for which they work—as well as the personality of the photographer. Freelancers must also work at being published, getting their work out on social media and networking. It is not an easy undertaking.

LC: Long-term photography projects are not new, but increasing numbers of photographers are embracing in-depth storytelling and creating series over longer periods of time. What are your thoughts regarding this growing trend?

MM: Long-term projects are one of my passions. We encourage our own photographers to undertake them whenever possible. For freelancers, it is a challenge to find a publication to buy into their idea, and funding does not come easily. There are a number of grants available, but photographers need to be aware of them and keep applying with unflagging persistence.

LC: You’ve been a portfolio reviewer on several occasions. What are a few pieces of advice you find yourself offering most frequently to aspiring or emerging photographers? And what are a few things that photographers can do to present their work in the best possible light during these occasions?

MM: The most important thing I can say is that I have never hired a portfolio. But I have hired many photojournalists because of who they are, how they present themselves and whether they have developed a visual language.

In other words, I need for the person to be able to talk to me, tell me why they do what they do and where they want to go. They cannot show scattered images with no meaning, nor can they proclaim their desire to become an instant war photographer without a compelling context behind this dream. Sincerity, connectivity, intelligence and a good sense of the world around us are all important. Oh yes and humour, that’s essential.
A dead oak tree glows under a full moon in a salt pan on the southern end of the Salton Sea near Niland, California, USA. America's Dead Sea: California's Salton Sea Has Become One Of The Worst Environmental Sites in the USA © Jim Lo Scalzo / EPA
A Burundian refugee boy sits inside a mosquito net in his family's makeshift tent room set up by the UNHCR (United Nations High Commissioner for Refugees) in a refugee camp in Gashora, some 55km south of the capital Kigali, Rwanda. According to the United Nations' refugee agency, more than 105,000 Burndians have fled the country to seek refuge in neighbouring countries such as Rwanda, DR Congo, and Tanzania, as the protesters opposing President Pierre Nkurunziza's bid for a third term took to the streets. © Dai Kurokawa / EPA
Showing blood stains on a table and curtain, with damaged dishes and goods in a home in downtown Donetsk, Ukraine, August 26, 2014. This photo went on to win 1st Prize in the General News Singles category of the 58th World Press Photo Contest. © Sergei Ilnitsky / EPA
An Israeli women waits for a bus next to a concrete protective shelter painted by Israeli artist Eliasaf Myara in the village of Kfar Maimon, located a few kilometers from the border with the Gaza Strip, Israel, June 25, 2015. The Israeli Defense Ministry has placed hundreds of small concrete protective shelters in all towns located near the Gaza Strip to protect its citizens from incoming rockets. On July 8 2015, Israel will mark one year since the 2014 Israel–Gaza conflict, also known as Operation Protective Edge. © Abir Sultan / EPA
An Afghan burqa-clad woman begs on a roadside in Kabul, Afghanistan, February 10 2016. Although Afghanistan's economy has reportedly improved, the country still relies on foreign aid for more than 90 per cent of national income. In addition, with the partial withdrawal of foreign troops in January 2015, ongoing unrest has increased. This has further damaged potential for economic growth. © Hedayatullah Amid / EPA
Sea full of rubber rings after migrants made landfall from an overloaded rubber dinghy near Skala Sikaminias, Lesbos island, Greece, October 5, 2015. An estimated 100,000 refugees and migrants arrived on the Greek islands during August, according to the Hellenic Coast Guard. © Filip Singer / EPA
A young Syrian receives first aid in a field hospital following what local activists say was an airstrike by forces loyal to the al-Assad regime on a market place in the rebel-held area of Douma, outskirts of Damascus, Syria, October 30, 2015. According to the Syrian Observatory for Human Rights, at least 65 people were killed and over a hundred wounded in the attack on the busy market. © Mohammed Badra / EPA
Children cry as migrants wait on the Greek side of the border, near the southern city of Gevgelija, Former Yugoslav Republic of Macedonia, August 21 2015. Macedonian police clashed with thousands of migrants attempting to break into the country after being stranded in no-man's land overnight, marking an escalation of the European refugee crisis for the Balkan country. © Georgi Licovski / EPA
These American States. Baltimore, Maryland, August 22, 2010. The member of the United House of Prayer for All People. © Jim Lo Scalzo / EPA
A Syrian boy mops the floor of a morgue next to a man who died in an airstrike carried out by forces loyal to the Syrian government in the rebel-held area of Douma, outskirts of Damascus, Syria, December 4 2015. Douma has been consistently attacked throughout the five-year Syrian civil war, leading to the deaths of scores of civilians. © Mohammed Badra / EPA
Australia's Scott Fardy reacts during the Rugby World Cup 2015 semi-final match between Argentina and Australia at Twickenham stadium in London, Britain, October 25 2015. © Facundo Arrizabalaga / EPA
The palestinian family of Adnan Al Najar, 53, sit outside their house, damaged during the 2014 Israel-Gaza conflict. The photo was taken before their break, after their fasting during the Muslim holy month of Ramadan. A year has passed since the conflict but the home remains unrepaired. Khoza-a neighbourhood in the east of Khan Younis town in the southern Gaza Strip July 7, 2015. © Mohammed Saber / EPA
Four year-old Haifa Al Atawna looks out from the window of her family's destroyed house after nightfall during a power outage. Al Shejaeiya neighbourhood, in the east of Gaza City, July 27, 2015. Residents of Gaza, home to 1.8 million people, have been experiencing up to 15 to 18 hours of electricity outage a day for the past two weeks due to fuel and power shortages. © Mohammed Saber / EPA
A model is photographed backstage before the Fall 2016 collection by Nicholas K during New York Fall Fashion Week, in New York, New York, USA, February 11, 2016 © Peter Foley / EPA