Interview
Intimate Perspectives on North Korea
From sunny picnics to KFC (with a local twist), this series digs past the conventional, highly negative representations of North Korea and instead opens up a more intimate understanding of this long-mysterious land.

Intimate Perspectives on North Korea
From sunny picnics to KFC (with a local twist), this series digs past the conventional, highly negative representations of North Korea and instead opens up a more intimate understanding of this long-mysterious land. 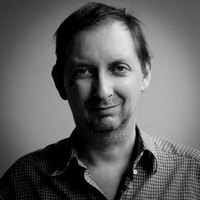 This striking and deeply engaging documentary series was selected as a finalist in the Magnum Photography Awards 2016. Discover more inspiring work from all 44 of the winners, finalists, jurors’ picks and student spotlight award winners.

Fabian Muir is an Australian documentary and fine art photographer, and occasional writer, based in Sydney and Berlin. The principal motivation behind his projects and practice is a focus on humanist issues combined with strong visual storytelling. In addition to his extensive experience in documenting the countries and republics of the former Soviet Union, he has recently completed a two-year project on the DPRK (North Korea).

This is a selection of the many images I collected over my two years in the DPRK. Working within the constraints placed upon visitors there, the series seeks to offer a fair, honest and intimate portrayal of the country and its people.

The problem with much of the material we see on North Korea is that it is too Pyongyang-heavy, often done by photographers who have been there only once. Yet the capital is not at all representative of the country at large; any bodies of work fixated on Pyongyang are almost necessarily doomed to depict monumental architecture, the famed metro and parades, providing nothing new and minimal insight into what life in greater North Korea might really be like.

At the same time, certain photographers have been unable to resist this narrative: one which emphasizes their own “heroics” in having “smuggled’ images out of Pyongyang. This type of project makes the story as much about themselves as the subject. Yet the reality is that only images of soldiers/construction workers are deemed illegal and one’s camera is never checked when leaving the country.

All this has resulted in an often skewed and clichéd understanding of the place. Specifically for this reason, the images presented here were taken in all corners of the country, and just two are of Pyongyang.

To be fair, photography there is not easy, yet it is possible to see and experience a great deal. Over the course of many trips, I captured images that not only confirm some of the popular clichés—such as the near omnipresence of the Leaders—but also show a lesser-known and more intimate (North) Korea.

There are so many levels to North Korea that to throw everything in with the politics, as much of the mainstream media do, is far too simplistic. I hope that even this small series digs a little deeper and will take the viewer on a short but interesting journey through the DPRK, opening up some unexpected perspectives.

LC: What first compelled you to document North Korea? How did you become involved there?

FM: I’ve done quite a lot of work in post-Soviet countries, and while the North Korean system is different from the Soviet model, it’s the closest one that allows us to see this bygone way of life operating today.

Initially, then, it was intellectual curiosity about visiting such a unique space, and I expected to see the same things that have typically been shown in other photo essays on the DPRK.

It was only once I was there that I noticed a great deal of what I was seeing fell outside our “standard” paradigm. I realized there was scope for a full project that might offer something a little different.

LC: How did you manage to get such intimate access into North Korea, (especially) as a photojournalist?

FM: The first thing is not to go as a photojournalist, as journalists are regarded with suspicion (with good reason in some cases, but that’s another story…) and generally only gain access for major events.

But since my work is documentary rather than photojournalistic, I managed to find some leeway with the officials. I’m sure this debt is owed, in large part, to David Guttenfelder, who has documented the place in a very balanced way and did a lot to clear the way…

Now, I don’t know exactly how the vetting process works, but people with some insight have told me that all visa applications are screened twice: first by a third-party agent that files the application for you, then by the North Koreans themselves. As part of this process, I can only assume they viewed work of mine on the internet and didn’t consider it threatening. Assuming there’s no problem with the application, one can then begin a kind of negotiation about the things one wants to see there.

LC: Given the strict constraints placed upon visitors, it seems foreigners are only allowed to see and document what is approved by the state. How did you deal with this context? Sometimes constraints can lead to creativity…!

FM: The same constraints are placed on anyone who visits the country: these take the form of being assigned two or even three local guides to accompany you whenever you leave the hotel. The guides provide a lot of information and statistics, but they are also tasked to steer you in a certain way. That being said, they gave me a longer leash than I expected, which included considerable (non-staged) interaction with locals. Never did they interfere with my photography and no one ever checked my memory cards on the way out.

There are still rules about not photographing the military or cropping the Leaders, and the northern part of the country has more restrictions—but the only occasion I remember being told “No photo!” was, oddly, when I wanted to take a picture of a shop selling plush toys.

Overall, one really does have ample opportunity to observe genuine and spontaneous human exchanges, and the challenge is to document these in an honest and, one hopes, visually engaging way.

LC: You started as a writer, then shifted more and more towards photography in your work. Nowadays you keep writing but photography appears as your primary tool. How did this shift happen? What attracted you about photography so deeply? What does your writing background bring to your photographic projects today?

FM: Excellent questions! I can say that a lot of friends were surprised by my shift. I was writing first, then doing both in parallel until I hit a wall several years ago when my mother died quite suddenly. This is a blow for anyone, but as an only child of divorced parents, it was intensely penetrating and it subsequently became very difficult for me to find the stillness I require to write.

In contrast, I found great calm and even a refuge in my photography, which continued to flow. I think this is because the actual writing process is largely cerebral, controlled and isolated, whereas photography simultaneously engages so many different parts of one’s being—it’s unpredictable, fully immersive and very intuitive, while there’s also the physicality and challenge of having to get out there, interact with the world and people, all while remaining constantly alert and creative. I love and need all of this, just as I also love looking at other people’s work and thinking about their own processes.

That being said, I believe that a writing background can certainly help, especially when it comes to sequencing and captioning visual stories: for example, when I’m selecting pictures, an important aspect will be an attempt to create “acts” within an overarching narrative, much like a play, film or written narrative.

LC: As you underlined in your text, we often have a skewed and clichéd understanding of North Korea. How did visiting the country change your views about it and its people?

FM: Like most of us, my initial expectations of North Koreans were shaped by “classic” portrayals, and my own images reflected this at the start. Over time, my preconceptions changed—especially regarding the most basic things—and I saw that North Koreans could be warm and relaxed, enjoying universal pleasures like a laugh or a picnic. Similarly, the kids are terrific and very curious. The idea that children flee at the sight of a Westerner and that all adults are devoid of positive human attributes is simply incorrect.

There are some local social norms that appear quite bizarre to us. The regimentation of some parts of life and the quasi-religious veneration of the Leaders are realities. But a photo series built solely on these aspects, while interesting to look at, is ultimately hackneyed and excludes other equally relevant parts of the story.

Perhaps some photographers make a contempt for everything in North Korea their starting point—but if you go in with respect and a desire to engage with the people on the ground, you can deliver deeper and more balanced results.

A critical eye is essential—but one shouldn’t close it to other things out of plain stubbornness or to produce an easier sell.

LC: What do you hope your audience will get from looking at this work? Did you experience some unexpected reactions so far?

FM: Since people usually conjure up very specific mental images when they hear “North Korea,” I’d like viewers to take these pictures as an opportunity to explore dimensions of the country they don’t expect. What they do with those impressions is up to them.