Feature
Mothers of Patience
The Iran-Iraq War (1980-88) was one of the bloodiest conflicts of the 20th century. These moving stories recount the grief of the mothers of missing soldiers who live in hope of finally seeing their sons again—or at least holding a body to bury.
Photographs and text by Fatemeh Behboudi
View Images

Mothers of Patience
The Iran-Iraq War (1980-88) was one of the bloodiest conflicts of the 20th century. These moving stories recount the grief of the mothers of missing soldiers who live in hope of finally seeing their sons again—or at least holding a body to bury.

It’s been so many years where all she can do is cry when anguished. Today, due to all her crying, she cannot see anymore.

It’s been so many years that she has hidden her pains behind a smile so that nobody knows what grief and love have been hidden in her impatient heart.

It’s been so many years that she has been living for others in silence…but no one knows that her sobs have obstructed her throat and she can no longer say even a lullaby.

She is a mother.
A mother who everyday hopes to receive a call or hear the sound of the doorbell so that maybe—one day, one person—there is some news from her lost son.

The war between Iran and Iraq started on September 22, 1980, with Iraq’s massive aggression against the Iranian territories. The war lasted 8 years and over 200,000 Iranian soldiers were killed. The war—which was called the longest conventional conflict of the 20th century—ended in July 1988 after the two countries accepted the UN resolution 598. After the war, it was revealed that the bodies of over 10,000 Iranian soldiers were missing and there is still no sign of them.

This is a story about the mothers of those missing Iranian martyrs who, after 25 years, narrate how they have spent their years in pain, expectation, love and hope to find their sons. They are waiting to find the corpses of their children in the last days of their life, some waiting in vain…


Personally, I was born during this war and all of my childhood and youth were spent in the name of war. Every day I heard that the corpses of a large number of Iran-Iraq war martyrs had been brought back. I went with my family to welcome the bodies of unknown martyrs and saw mothers who were searching for the bodies of their sons.

Since then, many questions were formed in my mind about war. Why are the wounds of war so deep, whose pains are never forgotten? Why are the victims of war never the same persons after this event? What change happens in them? And at last, what is the truth?

Conclusion: wars will never stop and blood is the heavy price that humans pay for their survival. In the middle of this, the survivors are those other victims who, despite being alive, sustain the most damage. These include the mothers of those soldiers who have gone to war and the bodies of their sons who are never found. 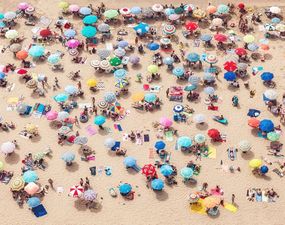 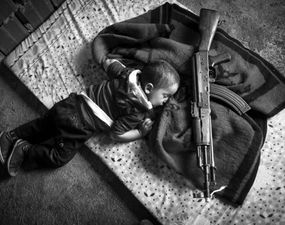 74: The Yazidis’ Plight
Christian Werner
Threatened by genocidal violence from the Islamic State, the Yazidi people are desperately struggling not just for their religious identity—but their very existence. 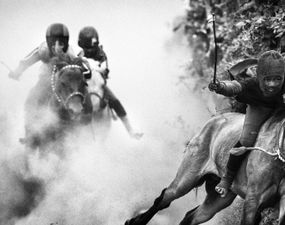 The Riders of Destiny
Romi Perbawa
Indonesian children, beginning as young as 5, become jockeys in dangerous horse races to earn money for their families. 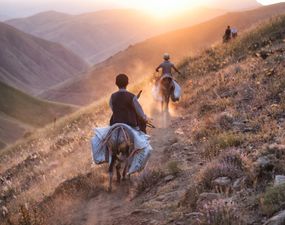 Under the Shadow of the Sun
Nadir Bucan
In the eastern corner of Turkey, entire communities go about their days without the constant hum of dislocated communication. Looking at their lives, we can ask ourselves: what have we lost in the midst of our dizzying technological gains?
“Wolfgang Tillmans 2017” In Review
Tate Modern
How are rapid changes in technology, politics and culture shaping the way we live? Free-ranging artist Wolfgang Tillmans explores this concept in his blockbuster exhibition.