Feature
Daughters of the King
Portraits of Ashkenazi and Sephardic women from Jerusalem, New York, Paris, and beyond that seek to illuminate the femininity that accompanies “every gesture and every moment of their daily lives as religious women.”

Photographs and text by Federica Valabrega

Daughters of the King
Portraits of Ashkenazi and Sephardic women from Jerusalem, New York, Paris, and beyond that seek to illuminate the femininity that accompanies “every gesture and every moment of their daily lives as religious women.”

Almost four years ago, the Garelik family invited me for Shabbat dinner at their home in Crown Heights, a Lubavitch Jewish neighborhood in Brooklyn. I had just sat down at the table when Rabbi Yossi’s wife, Chani Garelik, took me aside and uttered a sentence straight from the Torah: “col cvuda bat melech pnima.” Translated, it means, “the pride of a Daughter of the King resides in the most secret depths of her soul.” She said that if I really wanted my photographs to speak about religious women, I first needed to understand this concept on my own.

“Daughters of the King” began in that moment, although I was not able to take any photos that night. Chani Garelik became my mentor, my so-called muse. Interestingly, she never permitted me to photograph her. Rather, I kept going back to her house to seek advice on how to approach my subjects; specifically, how to behave among religious, Jewish women. Little by little, I became part of the lives of these women whom I randomly met on the streets of Brooklyn. After a while, they began inviting me to their weddings and dinners. Even now, they recognize me when I walk into their neighborhood to go shopping, as if I have become part of their world, as if—at least for a moment—I am one of them.

With my photos, I sought to avoid the common stereotypes frequently attributed to Orthodox Jews. I have attempted to show the most spiritual aspects of these women, the features that transcend their religion and its strict rules governing the sanctity of their bodies. I chose to delve into a deeper dimension of my subjects’ holiness—one where femininity accompanies every gesture and every moment of their daily lives as religious women. In my images, head coverings, long-sleeved dresses, modest skirts and shoes are not barriers to unwanted eyes, but are instead vessels exalting the attributes of these women, not only as Jews, but simply as women.

Over the course of almost four years, I photographed Jewish women in the largest religious communities in the world: Brooklyn, New York; Israel; and Paris, France. In these countries, the majority of Jews are Ashkenazi, meaning they are ethnically from northeastern European countries such as Russia, Poland, and Ukraine. But, since I wanted my photos to include geographical and historical diversity, I also included Sephardic Jews. To accomplish this, during this last year I traveled to North Africa, where I took my camera to Tunisia and Morocco. The little island of Djerba in Tunisia is the oldest Sephardic Jewish community in the Maghreb [the region of Northwest Africa], one that, even now, maintains a close relationship with its colonial power, France.

My experience within these communities has not always been easy. But, as time passed, these religious women changed their attitude toward me. Slowly and gently they led me to my own path inside the Torah without pushing me toward their own religious views.

If you enjoyed this article, you might like one of these previous features: Once Upon A Time In Kazimierz, a poetic visual narrative of a long-lost Jewish neighborhood in Krakow; Eighteen, an Israeli Jewish man’s portraits of eighteen-year-old Arab men and women; and The Quest for the Man on the White Donkey, a journey through present-day Israel that echoes the familiar trope of the great American photographic quest. 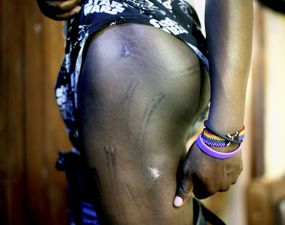 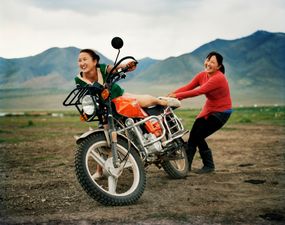 Mongolia: Intimate Portrait of a Far-Off Land
Frédéric Lagrange
A childhood fascination with a distant and far-off land has grown into a 15-year (and counting) documentary project about life in this fiercely traditional yet quickly changing country. Portraits, landscapes and documentary images paint a... 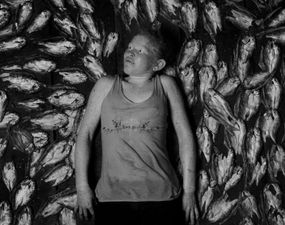 Dulce y Salada
Jorge Panchoaga
A unique way of life in Colombia’s village of “New Venice” is threatened by increasing water pollution. A photographer and anthropologist investigates before it disappears forever. 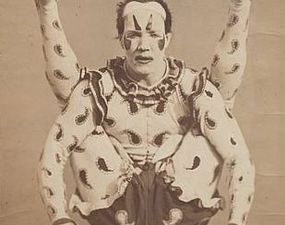 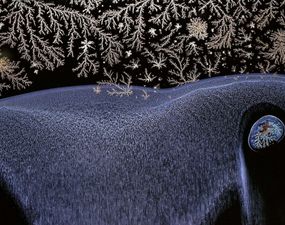 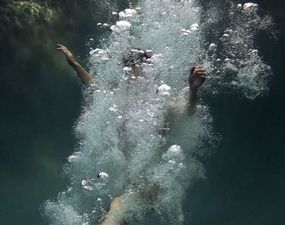 Laws of Silence
Jennifer McClure
“A poem begins with a lump in the throat; a homesickness, a lovesickness.” These pictures come from that emotional space of longing, of wishing for things that never were and might never be.