Book review
Late Harvest
In his latest book “Late Harvest”, Forest McMullin travels the backroads of the American South as a newcomer, discovering beauty in landscape, history and story.


Late Harvest
In his latest book “Late Harvest”, Forest McMullin travels the backroads of the American South as a newcomer, discovering beauty in landscape, history and story.

There is something thrilling about meeting history. Whatever the setting—museum, antique shop, dust-filled attic, old and abandoned mill or farmstead—we find ourselves suddenly holding something we’ve never seen, perhaps never imagined, generations if not centuries older than our own brief time. The moment is both introduction and memory. The moment is complex and compelling, too.

Forest McMullin and his wife moved to the American South in 2008 after a lifetime in the Northeast. “On both personal and business trips,” he writes, “I traveled extensively, but I always came home and considered myself a ‘Northerner’ through and through.”

Once established in Atlanta, however, he got the urge to go exploring. “In the late fall of 2016 and 2017, I spent weeks on the road,” he says, “traveling through rural North Carolina, South Carolina, Georgia, Florida, Alabama, Mississippi, Louisiana, and Arkansas. I stayed away from large highways, and wandered wherever chance and whim took me. I used paper maps, not GPS, and chose the roads based upon the width of the line (nothing too wide), and towns based on the size of font (nothing too large).”

“I stopped often to photograph and talk to people, but as I passed along the towns, landscapes, and buildings, I soon realized they shared a visual power that I was compelled to consider,” he writes. This sounds wonderful. But if you’ve ever lived in the South (my wife and I once lived in rural western South Carolina) the alarm bells are already ringing full volume.

As Nancy McCrary, founding editor of South x Southeast photo magazine, writes in her Foreword to Late Harvest, “The South is full of clichés…Even though times have changed dramatically since I grew up here, there’s still enough of what we call ‘poverty porn’ to go around. Rusted-out pickup trucks, kudzu-covered buildings, and leftover relics by the side of the road…But those are easy. On their own, those are not the qualities that make a truly good Southern photograph. The South has a light that I have found nowhere else. The humidity is perfect for softening the view while highlighting color.”

Happily, and emphatically, McMullin does not fall into the traps of Southern stereotypes or clichés. His eye is the eye of the newcomer, marveling at the freshness of region-specific color and shape. Yes, the pictures are mostly of the worn or broken. I can’t imagine any of them being used by a Chamber of Commerce. But every single one of them is rich in story.

I am convinced the best photography gets a great deal of its power from implication. There is all that ephemeral stuff we almost-know, or imagine, or believe, based on the exact moment-specific truth of a photograph. Something as simple as a worn sign for a movie theater, a hint of art-deco in the design, if it’s any good, makes me believe I know something about this place. It makes me enjoy the moment and wonder about the breadth of time.

In fact, story is perhaps the defining genius of this book. The images have a strong narrative element. Even moreso, the book is punctuated every so often by a portrait with an accompanying bit of text. There is Pat Awbrey in Roanoke, Alabama, who runs the family Mercantile and Hardware Store, founded in 1909. There’s Ray Martin in Selma, Alabama, who runs a barber shop that’s also a sandwich shop near the Edmund Pettus Bridge. There’s Shadonna Hubbard, who runs the Sha Sha bar in Bastrop, Louisiana, which opens in the afternoon “whenever she felt like it, and closed when the last person left.”

There are others as well. Scattered throughout the book, the stories in text are grounding places for the stories in image. It’s a bit like the way melody and lyrics interplay and inform each other in music.

The images in Late Harvest are rich in pattern and shape: lots of windows and doors and rising slats as well as rooflines and crop rows. Although the majority of the images are composed center-heavy, nearly every photograph leads somewhere, and for that reason the images ask to be followed.

Late Harvest is a fine new photobook. Every page is a joy by itself. The book can be understood as a travel memoir, too—McMullin’s journey to see and celebrate his new old home. This is a book of introductions which are always filled with promise and hope. 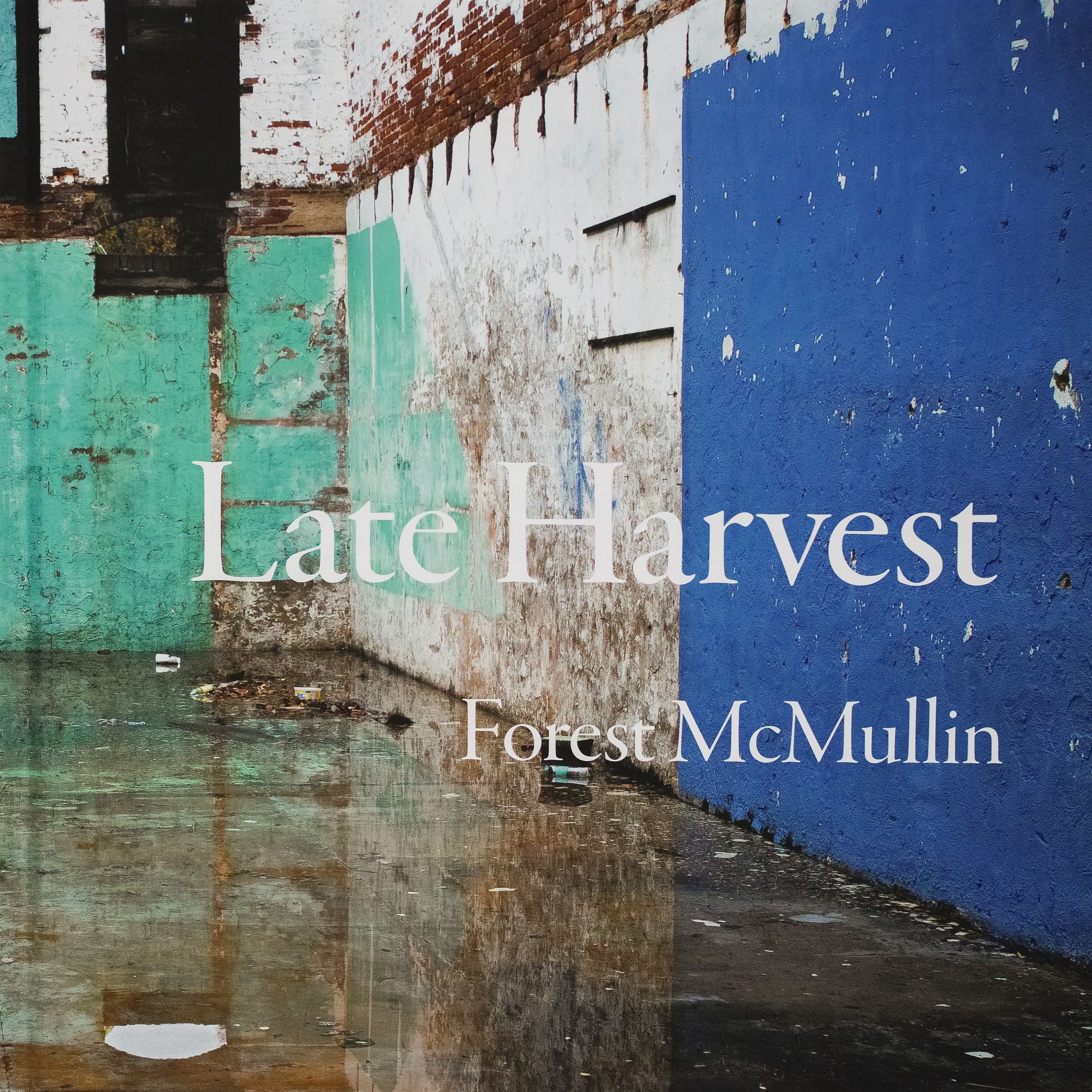