Interview
On Photography and Storytelling
Prominent photography specialist Francis Hodgson speaks about his relationship to the medium—the most immediate form of storytelling.

On Photography and Storytelling
Prominent photography specialist Francis Hodgson speaks about his relationship to the medium—the most immediate form of storytelling. 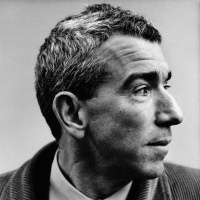 From working in stock libraries to writing about photography for the Financial Times via a multitude of other professional roles, Francis Hodgson’s career spans the vast terrain of photography. As this territory ceaselessly expands and mutates, Hodgson’s belief in the power of the photograph holds steady. For him, it remains the most immediate of art forms, one that can speak volumes to many different people: the perfect medium for storytelling—if you have something to say.

We are delighted that Hodgson is a member of this year’s jury for the LensCulture Visual Storytelling Awards 2019. Editor Sophie Wright reached out to him to discuss his beginnings in photography, and what makes a photograph stand out amidst the flood of images that we encounter on a daily basis. Below is an edited version of their lengthy conversation.

LensCulture: You’ve had rich and long career in photography. Can you tell me a bit about your background, how you came to photography and what keeps you drawn to it after all these years?

Francis Hodgson: Well, that’s actually quite an interesting question. I have no training in photography, or indeed in any of the things that surround it. I’ve always been a writer, and a long time ago, I became a specialist writer in photographs. But I became a writer in the context of the broadsheet press in the UK which, as you know, is a peculiar thing. I very much wanted to be a writer addressing non-specialist people.

As you can imagine, nobody could make a living in those days as a specialist writer on photography. Therefore, I took all sorts of jobs in what’s now called a ‘portfolio career’. What I really am is a person who’s been in the world of photography all my life, without ever being able to predict which bit I’d be in next. I’ve been an auctioneer, a gallerist, a dealer in very high volumes of photographs at rather low prices, and a dealer in very small volumes of pictures at very high prices.

What’s nice about that, of course, is that photography itself is very wide. It has enormous breadth—and I remain totally curious about every aspect of it. I have to say, I think people who are snobbish about one photographic activity simply because they are members of a gang that focuses on another are almost always wrong. I’m someone who resists the idea that any camp in photography is better than any other camp. I’ve found that this has sustained me throughout my career.

LC: What do you look for when you’re encountering work for the first time? What makes a photograph really stand out for you?

FH: Some of it is quite brutal. We live in a world where there are, quite frankly, too many photographs. I’m relieved that many of them are made on paper, and therefore can burn, rot or get wet and fall apart. Social media has generated a situation where many photographs are of no great interest at all. So the first thing that I need is for the image to hold my attention for long enough so that I remain within it. Once I’m held, I’m quite responsive to what’s in the picture. It’s got to earn my attention by any one of dozens of different ways that photographs can do so, ranging all the way from being a picture that I’ve never seen before, which is rare nowadays—we’ve all seen everything—all the way to being an interesting series, a different angle, an important issue, or something of a great, profoundly held belief.

So that then brings me back to answer your question. What they’ve got to do is to make me feel that a culture was engaged in the making and distribution of those pictures, so that my culture can be engaged in the unraveling of what they stand for, or mean. In other words, I’m looking for pictures that do what they do on purpose, rather than do what they do by mistake.

LC: So intention and investment in the process?

FH: And also a more brutal thing than intention. I often share Mark Twain’s famous quote with my students : “If you have nothing to say, say nothing,” which is really what I’m looking for. We know that photographs, at one end of the scale, are cheap, fast, and disposable. They say nothing. So there’s a side of me that is always looking for quality, value and, yes: intention. But more than that, I’m looking for reasons to claim our thinking and responses. If I see those, I’m in.

LC: And if you do have something to say, why do you think photography is a good medium to say it? Why is it still an interesting medium for storytelling?

FH: Oh, that’s much easier. Photography is the great immediate medium. It’s transcultural. It’s transnational. It’s understandable by people of high sophistication, and also by people of no sophistication. You could receive a photograph perfectly well as a five-year-old child, just as you could with my specific title here at university, Professor in the Culture of Photography. That isn’t true for novels or pop songs or complicated movies. There’s a way in which photography has this immediate graspable presence, where even if our reactions are not fantastically sophisticated, we all have a right to, and an experience of, reacting to photographs.

It’s really true that photography still has the fastest transmission of ideas of anything we’ve ever invented. You don’t need to translate it or footnote it. The minute you make a photograph with some intention of communicating something, we get it. And all the more in a set of well-constructed pictures with an intelligent text. But even just one picture in a heap, if it’s done with the intention to tell me something, will tell it to me. I love that. In the middle of all these pictures that don’t say anything at all, I find that there are some great communicators who use photographs instead of using violins or cine cameras.

LC: That’s a beautiful way of looking at it. In a world inundated with images now, do you still think photography holds the same power it once did?

FH: I do, actually. I feel it’s broadened in a way that was perhaps unexpected. But it’s always been broadening. The history of photography is really a history of continuous boom. Every area that photography has moved into, it has profoundly altered. The new omni-presence of photography seems to be another version of that. Time and time again, people have said, “It’s not what it was when I was a kid. Photography’s different. It’s weakening.” I see no evidence of that at all. Instagram culture has been added onto old, glorious, ponderous photographic culture, and hasn’t replaced it all. They’re different things. It’s just more room for more people to play.

LC: So it’s a process of evolution.

FT: Absolutely. If that means some old-fashioned industrial structures for the distribution of pictures are going to go out of business, well, that’s happened many times before. That’s not the problem. The problem is whether the capacity to treat pictures with confidence in their ability to bear complex messages disappears in this great flood of pictures. It’s about trust. I like to think that people still trust music. Music is issued with intention. We know that’s true, whether you’re listening to Wagner live or the radio as you’re driving in the car. You know where you are in relation to the creators.

With photography, this isn’t so all the time. You often don’t know whether you’re supposed to treat it as truth or fiction, as somebody’s creation or somebody’s recording. Photographs change according to the context that we find them in. The individual photograph is less changed than any other piece of art by moving from context to context, but the relationships around that thing are more changed. A news photograph from 1950 is no longer a news photograph when we see it in the museum. It’s about the absolute certainty that we can all understand it, and yet it possesses a fluidity that sometimes makes it a valuable thing—sometimes it’s a light cultural thing or even a vulgar thing. I love the absolute certainty of photography mixed in with the un-graspability of it.

LC: It also challenges the viewer to state their own position in relation to it. So perhaps it’s a more active process for the viewer to be engaging with photographs.

FH: It challenges the viewer, but it also challenges the makers. It’s up to the makers to put how they want us to respond to their photographs, in the same way that a dance band plays music that makes you want to dance. So a documentary photographer telling the truth, if there is such a thing, makes you want to hear stories. The other day, I discovered that my first piece of journalism about photography was published in 1983, and I am still completely enthused by the idea that a good photographer, whatever good is, is somebody who’s trying to put me in the best possible position to receive whatever it is they want me to receive.

There’s a thing that I say to lots of people, which is that photography and architecture are the only two art forms in which every single user has a valid judgment about whether it’s any good or not. You go into a building, and if you can’t find the bathroom, then it’s not a very well designed building. You look at a photograph, and if it doesn’t tell you what you need to know about what your emotional state is, it’s not doing a very good job.

Editor’s note: Images in this article were chosen from our editor’s collection of entries to our LensCulture Visual Storytelling Awards 2019. If you have a compelling story to share, be sure to send us your work before December 19th!