Feature
Strawberries in Winter
Operating night and day, in winter and summer, contemporary farms are almost unrecognizable from their counterparts 50 years ago. A look at the new, modern landscape of agriculture.

Photographs and text by Freya Najade

Strawberries in Winter
Operating night and day, in winter and summer, contemporary farms are almost unrecognizable from their counterparts 50 years ago. A look at the new, modern landscape of agriculture.

Humans have cultivated the earth for thousands of years. At present, about 11 percent of our planet’s land surface is used for agriculture or farmland. Of the land that is cultivated, the expectations on modern-day agriculture are high. Supermarkets and consumers demand increasingly lower prices while seeking higher quality and better-looking products. Fruit, vegetables, and meat must be the right size, shape, and color. They must taste good. And they should be available all year long, and, ideally, grown locally.

To remain competitive in a globalized market and produce enough food for a growing population, farmers need to produce more on the same amount of land without damaging the environment. As such, they are advised to take advantage of state-of-the-art agricultural technology and science.

Farms have become bigger, more technical and highly computerized. They operate day and night, in summer and in winter, their geographical location slowly becoming insignificant. Not only have the plants, crops, fields and farms started to change their appearance, but the whole landscape of rural areas is transforming too.

It is said that agriculture has changed more in the last 40 years than it had in the previous 400. “Strawberries in Winter” documents this new, emerging landscape, reflecting in particular on where our food comes from and how it is produced.

Editors’ note: This year, the Festival of Political Photography will present images that highlight the political, social and environmental dimensions of food.

If you enjoyed this article, you might like one of these previous features: Confronting Big Food, Henk Wildschut’s unflinching look at the industry; To See the World in a Grain of Rice, a series on climate change and its effect on the grain that feeds more than 3.5 billion people around the globe; and a project about fast food restaurants in China serving as shelter for the country’s homeless population.


Tomatoes I, 2012. In order to have total control over nutrients and irrigation, growers plant tomatoes in sterile material such as rock wool rather than soil. As a result, the tomatoes are less likely to become infected by diseases, a smaller amount of pesticides is needed and the yield can be increased. © Freya Najade
Lettuce, 2011. Lettuce is grown in a stacking system that maximizes the use of space. Plants grow inside plastic trays without soil. A conveyer belt moves the plants periodically to ensure they all receive enough sunlight. The whole growing process is computer controlled. This system currently produces around 112 lettuce heads per square meter on a 3 meter high system. © Freya Najade
Cress, 2011. Cress, tomatoes, cucumbers, and lettuce are grown in closed systems with LED lights. There is no real sunlight and no exchange of air with the outside. Day, night, summer and winter don't exist. Humans are able to determine the shape, taste and color of plants and fruit. They can be grown anywhere from the desert to inside restaurants and supermarkets. © Freya Najade
Berry Field, 2013. Polytunnels—polyethylene greenhouses—protect berries from rain, strong winds and bright sunlight. Temperature, humidity and ventilation can be controlled by equipment fixed inside the tunnels. © Freya Najade
Strawberry Field, 2012. A plastic film covering prevents weed growth and erosion. Fleece protects strawberries from frost. This allows growers to plant and harvest them at times that are usually considered off season. © Freya Najade
Eggplants, 2012. A computer precisely manages irrigation, nutrients and also climate inside the greenhouses. Windows open, sunscreens move and waste, water and nutrients are collected, purified, and recycled automatically. © Freya Najade
© Freya Najade
Eggplants, 2012. © Freya Najade
Tomatoes II, 2011. In order to consume locally grown tomatoes in countries such as the UK or Germany, the tomatoes need to be produced in heated greenhouses. Locally grown tomatoes allow for faster distribution and therefore less costs. To produce food in a more sustainable way, and to keep energy costs low, the greenhouse above is heated by the waste heat from a nearby nuclear power station. © Freya Najade
Strawberries, 2012. Strawberry crops are grown on table top raised beds. The table top system makes it easier to pick the fruit and facilitates weed and pest control. A leaf and sap analysis determines the compound of the added nutrients, which are fed to the plants with the irrigation water. To accelerate the growth of the plants, growers add CO2 from a nearby Shell refinery. © Freya Najade
Milking Robot, 2012. One milking robot milks 60 cows three times per day. The cows are in a stable where they can move around freely. They can use the robot whenever they need to. No human needs to be present. © Freya Najade
Milking Parlor, 2012. Two people are needed to milk 300 cows twice a day. © Freya Najade
Mushrooms, 2012. To allow year-round production and increase yield, the mushrooms are grown in growing rooms with their own microclimate. A stacking system maximizes the production per square meter. © Freya Najade
Chicken, 2011. Since the mid 1990s, the consumption of chicken has increased by 75 percent worldwide. Chicken are often reared in barns. One chicken barn has the capacity to hold 50,000 chickens. © Freya Najade 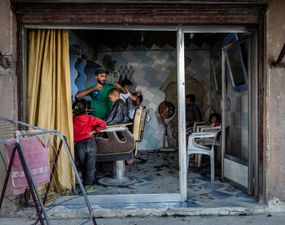 End of the Caliphate
Ivor Prickett
What is left in the wake of conflict? Drawing on his time on the ground in Iraq and Syria, Ivor Prickett’s book is an enduring record of the people and places caught up in the battle to defeat ISIS. 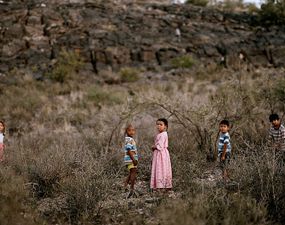 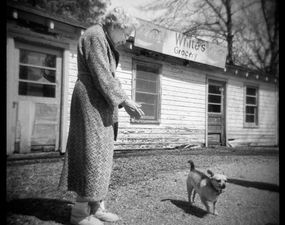 Mississippi: The Place I Live
Betty Press
Recording “real life” in small communities throughout Mississippi with black-and-white film and cheap or old cameras — the resulting imperfections, the soft focus and light leaks serve as metaphors for how landscape, race and religion... 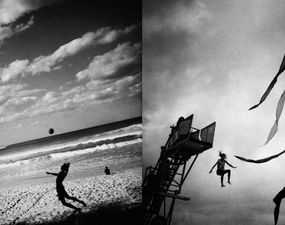 Rage Against the Light
Markus Andersen
Deep within the rich blacks and glaring shafts of light, we find the city of Sydney as an abstracted backdrop for fragile human presence, a chaotic stage of ceaseless development and consumerism, tempered by the photographer’s intimate... 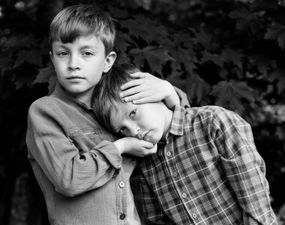