Interview
Weekend Warriors and Beyond
A wide-ranging discussion about the idea of the “invisible” photographer: “Sometimes you have to choose: is this situation aesthetically more interesting to me? Or it is a situation I want to experience?”

Weekend Warriors and Beyond
A wide-ranging discussion about the idea of the “invisible” photographer: “Sometimes you have to choose: is this situation aesthetically more interesting to me? Or it is a situation I want to experience?” 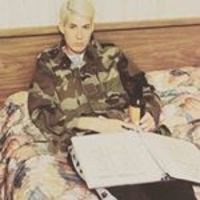 Photographers often lean on their cameras in one of two ways—as a passport, a means for entering new worlds (both geographic and emotional); but also as a shield, a way to create some distance between themselves and their surroundings. Photographer Gioia de Bruijn has a slightly different take—she finds standard documentary photography voyeuristic, even de-humanizing, preferring to throw herself fully and completely into situations that attract her interest.

Below, Gioia discusses her work process and the relationship she has with her subjects while pondering the ways that our trust of the medium is changing in the digital age…

LC: I discovered your work two years ago at Unseen Photo Fair, when you created a sort of “mind map” on the white walls of Flatland Gallery’s booth. Can you tell me more about this project and the way you chose to display it at Unseen?

GB: I have always been interested in the juxtaposition of text and image. People have a tendency to project their own reality onto their understanding of a photograph, which is great, but sometimes if you nudge them in the direction of the actual story, it can add an extra dimension. Almost all of my photographs have a story behind them, and all of them are personal. 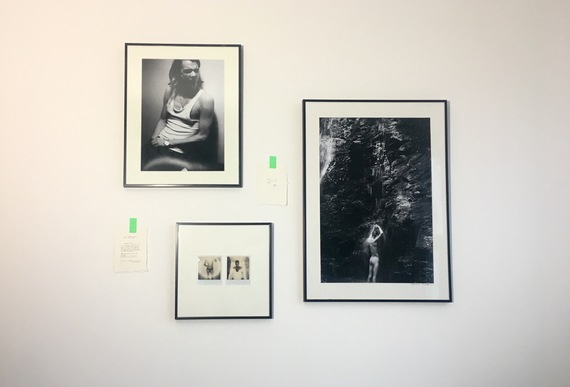 In this case, when my grandfather died, I inherited the typewriter on which he wrote his doctorate (that he never handed in). I really like writing, but I don’t have the attention span to compose anything longer than a paragraph. Rather, I like it when messages can fit into a compact little sentence. Often I will sit at the typewriter and just write small notes to myself—random messages that are on my mind, or little paragraphs of the stories behind a photo, like diary entries. The installation at Unseen was a combination of these written diary entries along with a visual diary of my travels.

LC: Photography has the capacity to be incredibly voyeuristic. But you’ve said about your work that it’s intimate and aesthetic, while leaving the voyeuristic part out. What’s the distinction for you?

GB: I am always a part of the scene that I photograph. When I photographed “Weekend Warriors,” for example, a series documenting my friends in the Amsterdam after-party scene, I was there and just as fucked up as everyone else.

I wasn’t an outsider looking in—I was part of it, and I think that’s the only way.

I actually have a few moral qualms with documentary photography: as you said, a lot of it is so voyeuristic. It’s like an outsider looking in; like watching monkeys in the zoo. When I photograph someone, we enter into a symbiotic relationship, if only for a little while—I really prefer not to be on the outside looking in.

LC: Many photographers describe the camera as a passport to different worlds. You’ve used it to travel around the globe, across America etc.—how do you think of the camera and the access it affords you?

GB: I think this aspect of photography is currently changing and being tested a lot. In many ways, it’s starting to work on the contrary. With the invention of the damn internet came the rise of mass instant culture. Before, when you had a camera with you, it was always film, and the chance of a photo being published somewhere was very limited. If you took a photo of a stranger, the chance they’d ever see that photo was quite slim. But now…oh man…now everything is televised, so to speak. Photos are digital; they can be uploaded to the internet within seconds. If you have a camera, people assume that you work for some kind of media and the resulting photos will end up online.

In short, anonymity almost doesn’t exist anymore, meaning people are more camera-shy than ever before. Any photo that ends up online with your face or name attached to it can have repercussions for your life. This makes people more apprehensive of being documented, and less trusting of cameras. There’s a reason I shoot only analog, and usually with such old and beat-up cameras that people don’t take me too seriously. This works to my advantage. But honestly, I think it’s only going to get harder, and having a camera in the future might not afford you much additional access at all.

LC: You’ve also used the camera to enter much more personal worlds (your friends’, your Dad’s). Can you say more about the process of becoming invisible in order to make your work? Do you ever feel the camera is separating you from your surroundings, or are you comfortable with this distance?

GB: People always laugh when I say this, because I’m usually a very present person, but I’m actually very uncomfortable in groups of people. I like attention, but not from more than one person at a time, and also not from people that I don’t know. So when I’m in a situation where I’m uncomfortable, I often resort to getting behind the camera in order to diffuse the anxiety for myself and my brain, so I don’t end up with sensory overload.

That means the camera definitely creates a barrier—once you’re invested in operating the apparatus, you can’t be simultaneously invested in the situation.

Sometimes you have to choose: is this situation aesthetically more interesting to me? Or it is a situation I want to experience as a person because it will add something to my life on an emotional level?

LC: Finally, you’ve said that “the intensity of sound is different” in the photographs you create. Sound is one of the senses most distinctly left out by photography—it is still and thus silent. How do you overcome this gap and inject some noise in your pictures?

GB: What an interesting question! Sound is composed of waves in the atmosphere, but it doesn’t have to be audible. Something can be completely silent in the sense that it makes no noise, but it’s still incredibly loud.

In other words: sound is not the same as noise. I look for sound, never noise, because noise is a distraction. The sound I’m seeking has to do with organization, structure, lines, sometimes even an expression on someone’s face. It’s hard to put into words because it’s more of a feeling—which is why I express it best through my photography. 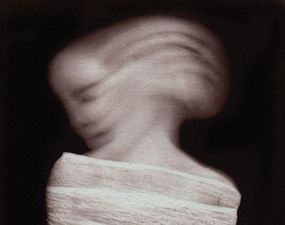 Locked-In: Mind/Body Disconnection
Anne-Laure Autin
The trapped feeling that follows a migraine can be terrifying—this series explores the sensation of being “locked-in” at those moments when one’s mind and body are no longer communicating. 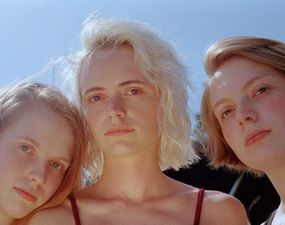 Cult of Womanhood
Tabitha Barnard
Fascinated by her New England hometown’s history with witchcraft and the occult, Tabitha Barnard uses her camera to explore the tension between religion and femininity. 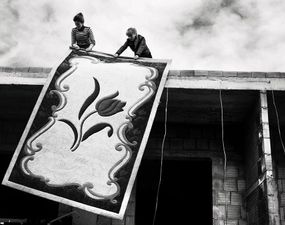 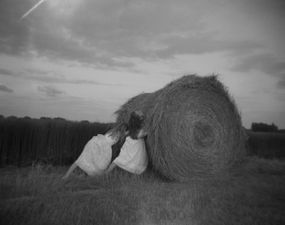 Anamnèse
Isabelle Levistre
Using a Holga camera and occasional double exposures, this series attempts to recreate the eternal summertime of childhood—a world of poetry, of lightness, loneliness and endless possibility. 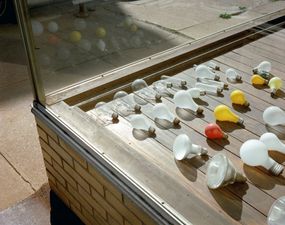 Artifacts from the Now: Stephen Shore’s MoMA Retrospective
Stephen Shore
How does the ordinary become art? Packed with photographs from over fifty years of Shore’s varied (and storied) career, MoMA’s landmark retrospective offers a poignant reflection on the revolutionary import of his pioneering vision. 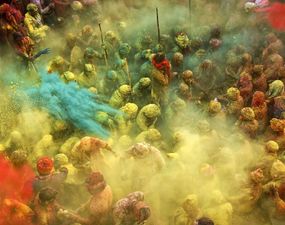