Interview
7 Days of Garbage
Inviting his subjects to his Californian backyard with a week’s worth of their trash in tow, Gregg Segal’s confronting portraits draw attention to our careless relationship to waste.

7 Days of Garbage
Inviting his subjects to his Californian backyard with a week’s worth of their trash in tow, Gregg Segal’s confronting portraits draw attention to our careless relationship to waste. 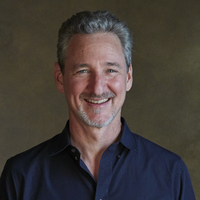 Consumer culture has normalized our irresponsible relationship to waste. In an instant, a candy wrapper, a plastic grocery bag, the packaging of the latest delivery, is used and discarded. At home, trash is put in garbage bags and hauled out to the curb, picked up by waste management and sent off to join the other 2.12 billion tons of yearly global waste. Visible to the consumer for only a moment, the effects of the trash remain—potentially for thousands of years. It accumulates in landfills, pollutes waterways, and costs untold and unseen damage to the planet to produce and then to discard. Centuries worth of damage happen in an instant.

Photographer Gregg Segal approaches the issues by drawing attention to our individual contribution to this global problem. In his backyard in Altadena, California, Segal captures the trash that would otherwise be forgotten for posterity. Efforts to curb the use of consumables and reimagine our relationship to waste has come at a snail’s pace, and from Segal’s perspective, that change can only begin at the individual level.

In this interview for LensCulture, Justin Herfst speaks to Gregg Segal about why he started the project, encountering different attitudes to the work in the US and Europe and using the shooting process as an educational tool.

Justin Herfst: To start this off, what was the intention behind this project?

Gregg Segal: The idea was to make the problem of consumption and waste difficult to ignore by personalizing it. I just started with friends, neighbors, relatives, and anyone else I could convince to save their garbage for one week. They would lie down in it and be photographed so you can see their garbage really clearly. We’ve become so immune to the products we consume that it felt like something that I needed to do. And I photograph my own family as well, because I didn’t want to come off as if I am pointing my finger at everyone else. I think of the consumer as both victim and perpetrator; we are victims of the whole system in a way that we are also contributing to that very same problem.

JH: The problem of waste is a global one, but I’m curious, what do you think is unique in the relationship America has to this issue?

GS: The interesting thing is how this project is received in the US versus Europe, particularly in relation to American exceptionalism. In America, that deep strain of libertarianism doesn’t want to be told what to do and so this project smacks of shaming which turns a lot of people off—I think there’s kind of an aversion to it. In Europe, it was embraced and published in scads of magazines. Here in America, I don’t know that it was published at all. That was really interesting to me. In Europe, there’s a shared sense of responsibility; ‘we’re in this together’ kind of thing. However, in the US, there isn’t any common ground, particularly when it comes to personal responsibility.

JH: Do you remember a time that our overconsumption and the waste it generates first made an impression on you?

GS: I remember being a kid and looking at the amount of garbage that people produce and, even as a 10 year old, thinking: Wow, where does all that garbage go? We had a neighbor across the street and I remember vividly the piles of trash that he amassed on trash day. I started doing the math. Everybody had that much garbage.

JH: I’m curious about the actual process of making this work with your subjects. Could you walk me through what that looks like?

GS: Yeah, come over to my house and bring your garbage—it will be fun! A lot of people would show up without the messy, stinking, rotting waste. They didn’t want to deal with that, which was interesting in itself. How do people take this seriously enough to bring all their smelly garbage? One guy actually washed his garbage before bringing it. I found that the people who were most supportive of the theme took it as a moment to teach their kids. And it was their kids who really brought the stinking trash and took it seriously.

JH: How did you decide on the background?

GS: I wanted to create environments that you find in nature to talk about how there’s no pristine place left. It’s all sullied by our waste. So I created a body of water, which I built in the backyard with some help. And then I built a forest setting: I got some mossy tree trunks, rocks, and leaves, and created a forest feeling. And then there was a beach with sand. I also built a scene with snow. I couldn’t go out into nature and spoil it with people’s garbage. So I recreated it in my own yard.

JH: And after lying in the garbage and finally disposing of it, what was the response from the subjects?

GS: Most people were pretty surprised, as you would imagine. That was the whole idea. We don’t really think about it because you use something for a minute and then it becomes trash. It’s out of sight, out of mind; thrown away, not your problem anymore. I wanted it to be people’s problem for a little longer.

JH: In thinking about how to address this issue, I noticed a lot of families in this work. I realized how the home becomes the first place we start to create a relationship with waste.

GS: Yes, I photograph a lot of families because they saw it as a teaching moment for their kids. At the time of making this project, my son was about eight years old and I wanted it to resonate with him as well. And with kids you’re not sure how much they’re absorbing in the moment. A couple of weeks after a show, my son and I were driving around and he started to kind of reflect on plastic. It really struck him that there wasn’t anything plastic in the world 100 years ago. And now the world is covered in it. You can build a tower to the moon with how much plastic there is. Let’s hope this younger generation is going to be more proactive because the example that we’re leaving them right now is not hopeful.

JH: Having been preoccupied with this issue as you have, what would recommend to a new, conscientious consumer? And what would you like to see change in our relationship to waste?

GS: It’s gonna take a huge value shift, which hasn’t happened. I mean, it’s kind of started to happen, but it’s often just marketing; corporations that see the writing on the wall and are trying to position themselves as being environmentally conscious, renewable and green. That’s disheartening because it’s just a marketing ploy. But there are little things you can do. And I think the only way change is going to happen is on a grassroots level which ties back into this project. Personalizing the problem is a way of getting people to think about consumption.

But there are things a person can do. For example, do I really need to buy the pomegranate seeds that come from halfway around the world and are pre-packaged? Can I just buy local pomegranate seeds and do the work myself? Do I really need a plastic bag for my cucumbers or can I just wash them when I get home? There’s a lot of little things like that don’t seem like they are going to make a difference but if everybody does it, it will.

JH: How do you think photography is uniquely positioned to address this issue?

GS: Well, there’s that old cliché that a picture is worth 1000 words. I think today visual literacy has increased while traditional literacy has decreased. So obviously, that positions photography to have a greater impact. At the same time, we’re bombarded by imagery constantly. So the picture does have to cut through so much else in order to make an impact. People think in terms of images now and, in a way, photography is seen as our primary language.

Editor’s note: 7 Days of Garbage was a finalist in LensCulture’s HOME International Photography Prize 2021. For more inspiring discoveries, check out all the other winners, jurors’ picks and finalists here.