Feature
An Elegy for the Death of Hamun
For more than 5,000 years, the Hamun Lake in Iran was the life source of its surroundings, but it has changed radically as it suffers the destructive effects of an 18-year drought.

An Elegy for the Death of Hamun
For more than 5,000 years, the Hamun Lake in Iran was the life source of its surroundings, but it has changed radically as it suffers the destructive effects of an 18-year drought.

The Hamun Lake used to be the seventh largest international lagoon and the largest sweet water lake in Iran. The province it is situated in, Sistin and Baluchestan, was once a lush and green forest, rich with fertile soil and home to a civilization that was over 5000 years old. Not much of this abundant past can be gleaned from Hashem Shakeri’s photographs, which show the region as it is now: an empty and sun-scorched landscape, suffering at the hands of rapid climate change. Once the pulse of all wildlife and humankind that lived nearby, the dwindling of the Hamun has put the future of the region in question: 25% of the Sistan population have migrated in recent years.

“Sistan is now doomed to vanish and turn into a myth,” says Shakeri. “It has turned into a barren land whose blood vessels have dried up.” The photographer’s “elegy” to the lake and its past life takes the condition of drought as its starting point. Shooting on medium format, his slow and attentive gaze pays tribute to the rich history of the region, while also documenting the devastating effect of Hamun’s disappearance on the surrounding landscape and the people and animals that inhabit it. “In the past, people made their living by fishing, farming and pursuing animal husbandry in the region, and their lives were totally dependent on the Hamun Lake. With Hamun dying, the endangered species, biodiversity and vegetation were destroyed,” he explains. In the flat, beige hue of his empty images, the region’s water scarcity is made stark.

With no clear resolution in sight, the crisis brought upon by this great 18-year drought has steadily intensified due to political interference and mismanagement. Linked to the Helmand River in Afghanistan, there have been issues over granting Iran water rights, despite an agreement made between the two countries in 1972. This has resulted in a steady decrease in the volume of water flowing from the Helmand River to the Hamun lake. Iran’s own governance is also to blame. “Due to negligence and incorrect policy-making in the management of water resources, as well as incomplete projects in water management without any plans for the future, all the rich aquifers have been completely dried out,” says Shakeri.

This year marks the worst in the timeline of the region’s plight, and is taking its toll on Sistan’s population. Unemployment, addiction and poverty are at an all time high, with 95% of people living under the poverty line. “Sistan is now regarded as the land of forgotten and exhausted people; it’s the land of people whose voices have not been heard, so much so that they have become silent and, with little hope, they are trying to keep their villages and cities alive,” Shakeri explains. “People whose job was fishing, with their total annual fishing at more than 12 thousand tons, are now unemployed altogether. They stay inside their humble houses in their abandoned villages, which were once next to rivers full of water and life.”

Hashem Shakeri was named one of the LensCulture Emerging Talents for 2018. This work will be featured this summer at the excellent photo festival in Italy, Cortona On The Move, 11 July - 29 September, 2019. LensCulture is proud to be a partner with the festival for the special New Visions exhibitions — don’t miss it! 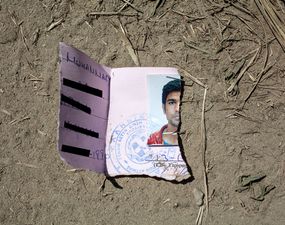 Recognizing World Refugee Day 2016
LensCulture Editors
Today, around the world, there are more people forced from their homes than at any point since World War II. In recognition of World Refugee Day, our editors have compiled a list of 14 stories that shine some light of understanding on these... 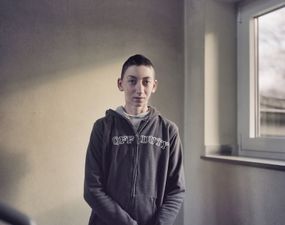 Infliction
Heiko Tiemann
Sensitive, conscientious portraits of children with learning disabilities taken during their transition between childhood and adulthood—powerful work that can “only be described superficially with words.” 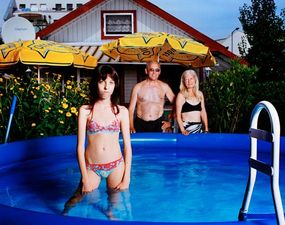 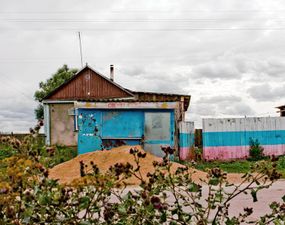 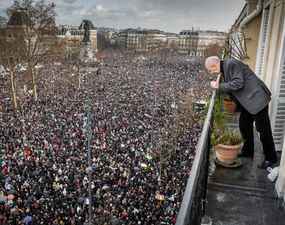 Looking Back: Charlie Hebdo
Asger Ladefoged
As the world marks the one-year anniversary of last year’s shootings, we review images made in the immediate aftermath of the attacks. More than anything else, the displays of solidarity and togetherness feel like a truly distant memory. 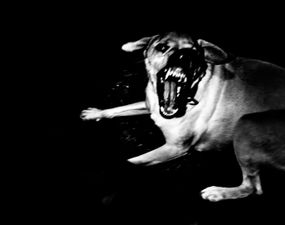