Interview
Love, Focus and Dutch Light: Portraits of Adolescence
“To make a great portrait, you simply must concentrate on what’s in front of you. Find the perfect light. Focus on the models. Say the right things and make your models relax. That is a formula that has never changed…” Insight and wisdom from a Dutch master of portraiture.

Love, Focus and Dutch Light: Portraits of Adolescence
“To make a great portrait, you simply must concentrate on what’s in front of you. Find the perfect light. Focus on the models. Say the right things and make your models relax. That is a formula that has never changed…” Insight and wisdom from a Dutch master of portraiture. 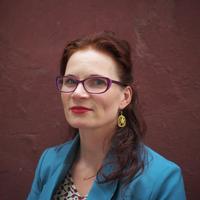 Dutch artist Hellen van Meene is widely known for her distinctive style of photographic portraiture and her exceptional use of light. In her timeless photographs, young women and men are depicted as if they were under some sort of spell, stuck between their vulnerability and discomfort, as well as a latent sense of solemn grace.

When we look at her work, wordlessly, we are plunged into the lives of these strange yet delicate characters, captivated by their silent stories. What is the hidden secret behind the subjects’ postures and facial expressions? Are these ambiguous, yet intimate, moments masterfully staged, or unself-conscious poses?

We first discovered her work thanks to the insight of the LensCulture Insider (and GUP Magazine Editor-at-Large) Erik Vroons. Here is a short essay he has contributed about Dutch portraiture, as an introduction.

Below that, we have also included a short interview that we conducted with van Meene ourselves—an interview which touches on her photography, her style, and, of course, the eternal challenge of making strong portraiture.

Exceptional Portrait Photography from The Lowlands

Some people appreciate being photographed, others don’t really mind, but there are also those that would rather die than appear in front of the camera. Because they are shy, insecure or simply can’t stand the ritual of it all. A professional portrait photographer, however, will convince anyone to eventually give it a try—or, alternatively, make the subject forget about the setting entirely.

Portraits, then, can either be made in full agreement or captured at an “unguarded” moment. In either case, the person portrayed, even if they still hate looking at the reflection of themselves, will look curiously (if nervously) at the final image. When the work has been good, they should recognize the transformation of their actual face into a pictorial one; their features still match but the original person is not really there. It is in that sense a “mask” of the portrayed—or, a picture; an aesthetic object that can be appreciated on its own merits, separate from the human being.

All this sounds pretty obvious, but it might help to distinguish the handful of great portraitists from the average “professionals.” The latter might be in the possession of the best technical equipment and perhaps manage to deliver an acceptable pictorial reflection—but they can’t reach anywhere higher than that.

Then, there is a final stage to distinguish the “best of the best”— a matter of taste and eye. This comes down to the question of whose work can be immediately recognized. There are rare artists who have established true authorship, something that they arrived at by combining a consistent use of their tools (camera + lenses) while creating a unique range of “signature” elements (related to light and composition, mainly).

Being Dutch, I’m proud to conclude with just a few names of exceptional portrait photographers hailing from The Netherlands. Rineke Dijkstra, Erwin Olaf, Hellen van Meene, Annaleen Louwes, Koos Breukel and finally someone living on just the other side of the border who I think deserves to be credited as well, Stephan Vanfleteren.

Those of you already familiar with their work will most likely nod heads in agreement. Regardless of whether you are able to recognize the people portrayed, it’s hard not to acknowledge the remarkable aptness of these photographers and the works they produce.

LC: You have such a distinctive style and format. What first attracted you to your subject? Can you talk about the evolution of your subject material over time?

HVM: If you work on portraits for a long time, you find yourself developing naturally. For example, when you start with your first portrait, you are probably making this photo in your bathroom, since that’s where you have a plain white wall and some natural light coming in. Whether you are aware, this is your first approach and attempt at research into the eternal art of portraiture.

Later, you decide you want to do a bit more—now you venture outside. Quickly you discover something: every time you add more details to your frame, it becomes more difficult to make sure the image’s composition is a well-balanced one. When you have a simple background, all the focus is on the face of the model. But when you have more and more extraneous details, it’s harder to make sure that the viewers’ attention is going where you want.

For me, every step that I took, I was very precise to make sure the new step still justified the portrait. In other words, that the portrait continued to remain the central focus, no matter what I was adding. As my frame grew more ambitious, I began to show what I had not been showing. But still, a strong portrait had to always be my goal.

For example, in my more recent works, you might see something lying on the floor. In earlier photos, I would never have included an object that was outside of the frame. But lately, I felt confident enough to include it and add to the complexity of the work.

LC: So what makes a great portrait for you? Has that changed as your work has changed?

HVM: Not, not all—over the 20 years that I have been working, my idea of what makes a great portrait is exactly the same. To make a great portrait, you simply must concentrate on what’s in front of you. Find the perfect light. Focus on the models. Say the right things and make your models relax. That is a formula that has never changed, since the time of the ancient portrait-makers, I imagine!

Now, that doesn’t mean that the formula is easy to follow or simple to master. In fact, the details are always changing, from the specificities of each model to the details of the space and the light. The good side is that if it wasn’t always changing, I wouldn’t have remained interested for all these years. Every time I think to myself, “I have done so many girls, what’s the point?” the next subject reveals something new.

The other key question to keep in mind is the balance between how much you reveal and how much you hide. In my decades of work, I have had the chance to experiment in many different ways on this subject. As I said, only recently have I begun to push further and further to the edges of the frame. I think this is an important lesson to keep in mind though: no matter what level you are at, you have to see how far you can push your work! That’s the only way to grow after all.

LC: Why do you think people have responded so strongly to your work over the years?

HVM: Maybe it’s because I really love my subjects. If I couldn’t give myself to them, then they couldn’t give themselves to me—and making the work would be impossible!

Still, it continues to surprise me how some people get goosebumps looking at my work. If someone is shocked by the work of an artist, that shock almost always comes from the viewer—not from the work itself. A viewer’s reaction to a piece of art often says so much more about the viewer’s sensibilities and point of view than the artists…

But at least from my perspective, I’m not looking for a shock effect or to frighten people. Of course, some people will continue to have negative reactions, but that’s fine. I’m not here to please my audience constantly. Sure, I hope they like my work—but more fundamentally, I’m focused on what I think is important.

LC: Is there something fundamentally “Dutch” about your portraiture? Whether Vermeer and Rembrandt or more recent Dutch photographers…?

HVM: You cannot lie about your past—its influence marks you, certainly. From a young age, I was looking at the work of Dutch artists and I’m sure I internalized some of the things that they saw. At the same time, I think we all mix up our experiences, memory, and the things that what we see in the world around us—it’s not just paintings that influence us but everything in our surroundings!

For example, when you pose a model during the day, you have to put them close to the window, to take advantage of the available light. And that’s how the painters worked as well. But that’s not influence, that’s a fundamental fact of making portraits.

So, of course things have already been done by someone else—but the exciting part is that they’ve never been done by you.