Book review
Speak the Wind
Moving away from a documentary approach, Hoda Afshar’s enigmatic new book engages with the elements to trace the complex history of a group of islands in the Strait of Hormuz on the southern coast of Iran.

Speak the Wind
Moving away from a documentary approach, Hoda Afshar’s enigmatic new book engages with the elements to trace the complex history of a group of islands in the Strait of Hormuz on the southern coast of Iran.

For the past five or so years Iranian-Australian photographer Hoda Afshar has been returning to the islands of Hormuz, Qeshm, and Hengam in the Persian Gulf, off the south coast of Iran. Known for their unique ochre sand that turns the sea blood-red, rainbow-colored mountains, and valleys of stunning rock formations formed by the wind, these islands have a range of other-worldly qualities that make it easy to imagine why Afshar became besotted with the place from the moment she arrived. The result of her multiple visits is now a stunning new book Speak the Wind published by MACK, that continues Afshar’s interest in the human body, and how it interacts with place in spiritual, historical and political ways.

Writing about this book isn’t easy for me; I’ve known Afshar for over ten years, and I have seen this project emerge and develop since its inception—so I’d like, instead, to write about this book from the perspective of the journey that Afshar is on, and how in a funny way working my way through this book has allowed me to get to know my friend Hoda Afshar better, and to understand her work more thoroughly.

I remember Hoda talking about her earlier project In the Exodus, I love you more (the title taken from a Mahmoud Darwish poem), describing it as a means to explore her relationship with her homeland of Iran, and also how it became a way to process the passing of her father during that time. Making Speak the Wind allowed Hoda to return to Iran, and move beyond the In the Exodus work, and rethink the ‘documentary’ type practices that defined her earlier photographic endeavours. Speak the Wind is an example of a photographer testing herself and testing the dimensions of her creative practice.

In some sections, this new work eschews the traditions of documentary photography by adopting a collaborative approach that Hoda first explored in her series Behold (2017), an earlier series made in partnership with a group of gay men in an illegal bathhouse in a Middle Eastern capital city (for this work the artist chose not to disclose the location for the safety of her collaborators). Behold saw Hoda move away from the urge to document, and instead delve into a space of participation and performance that has become a defining feature of her subsequent projects. In Speak the Wind, this collaborative approach takes on more complex dimensions; we see the local inhabitants of the islands performing ancient exorcism rituals for Hoda’s camera, contributing rough childlike drawings and finally, snippets of interviews that pull us into their physical and psychological world.

In other parts of the book Speak the Wind uses a more traditional language of color documentary photography to introduce and describe the places and people in the story, a nod to her origins. The combination of multiple elements and strategies in this work tease out the subtleties of Hoda’s developing relationship with photography, images, and art-making. Recent years have seen her explore performance, video, 3D printing, sculpture, interviews, and—in this case—the photobook, as her practice creeps beyond the bounds of the static, still photographic print on the gallery wall. Speak the Wind also has a video element, yet to be seen publicly, that Hoda is currently editing and finessing for an exhibition that will take place in 2022.

In Speak the Wind, Hoda has taken the photobook form and used it to peel apart the layers of the story of these islands and of the people that inhabit them. She has executed a range of different modes within the book to draw the viewer into the space of the story, oscillating between color landscapes, color portraits and black and white landscapes that have an almost lunar quality. The layout of these landscapes cuts across multiple pages and feels expansive and panoramic, lending a further sense of alien grandeur to the location.

Hidden within some of these monochrome scenes are line drawings made by Afshar’s local collaborators; drawings of creatures, the stuff of nightmares, these are the Zār— the spirit-wind that possesses peoples’ bodies according to local beliefs. Later in the book, we briefly see a figure hidden under a white sheet, located amongst the black and white landscapes. They seem to writhe and twist as if in pain, the camera moves in closer and the covered, possessed form almost fills the frame, and then just as quickly we return to strange rock formations of the stark landscape.

Interestingly, I am drawn to using the word ‘alien’ to describe these landscapes, and certainly in these monochrome representations they do appear strange and otherworldly. However, it is worth noting that alien is also a term we use for migrants, foreigners, outsiders, and refugees. As Michael Taussig’s short essay at the end of Speak the Wind tells us, these islands in the Persian Gulf are implicated in the history of the African slave trade, particularly the movement of slaves from northern and eastern Africa. And it is from this diaphonic Afro-Iranian legacy that the beliefs, traditions and ceremonies of the Zār are drawn and continue to this day.

Feeling my way through this book, which through its design and choice of materials feels incredibly organic, I can see all of Hoda’s creative, political, and social concerns meld in some sort of unison. This work isn’t about ghosts or spirits; it’s about possession—possession of land and of bodies in the real world, and of the transgenerational trauma that possession constructs. Additionally this work is about photographic possession, and undoing the historic belief that documentary photography can tell us the truth. Instead, Hoda Afshar is asking us to see the ghosts of photography, and to peer beyond them, to look not for answers, only more questions. 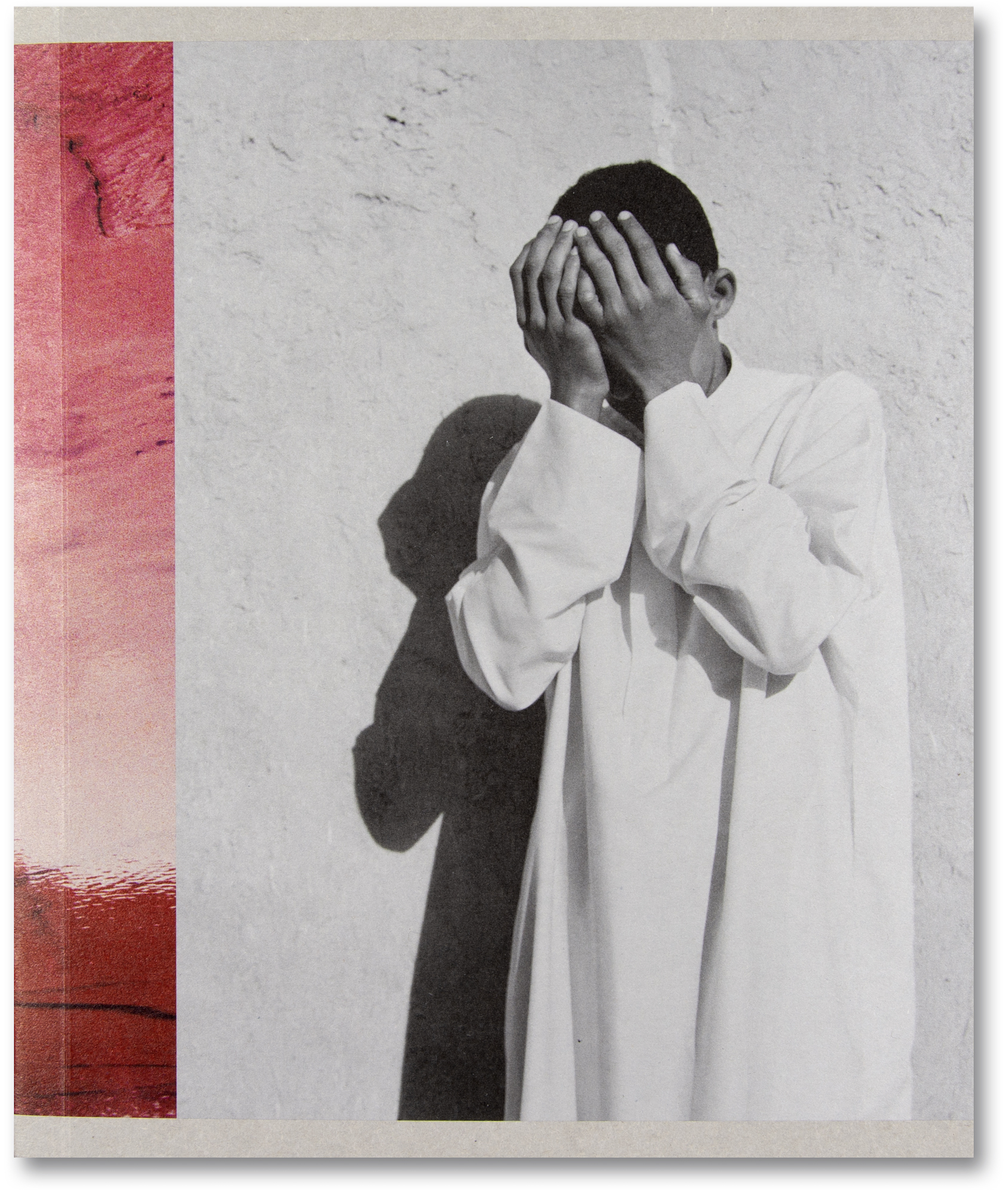