Interview
Tokyo Connection: Ihiro Hayami
The founder of the T3 International Photo Festival in Tokyo, and a juror for LensCulture’s Street Photography Awards, talks about creating opportunities for photographers around the globe.

Tokyo Connection: Ihiro Hayami
The founder of the T3 International Photo Festival in Tokyo, and a juror for LensCulture’s Street Photography Awards, talks about creating opportunities for photographers around the globe. 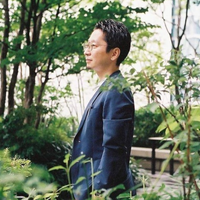 Ihiro Hayami aims to connect photographers with appreciative audiences all over the world. From his early beginnings as editor-in-chief at a photography magazine in Tokyo, to directing Ring Cube photo gallery in Ginza, to managing a leading photography school, and founding the T3 International Photo Festival in Tokyo, he has always focused on both local and international photography communities.

Each stage of his career followed a quest to solve large-scale problems as he built bridges for photographers where language and cultural barriers may have otherwise restricted opportunities for exposure and collaboration. He credits his own success to a community of friends who have supported him along the way.

We’re thrilled that Hayami is returning as a juror for the LensCulture Street Photography Awards in 2020. In this interview, he speaks with Amy Parrish about his influences, interests, and perspective on the state of street photography moving forward.

Amy Parrish: One can read a lot about your accomplishments online but it’s a bit more challenging to get to the heart of an experience. I’m really curious about your personal journey.

Ihiro Hayami: To start from the very beginning of the beginning—my father is a professional photographer. Ever since I was born, I have been surrounded by photographs. They say, ‘like father like son’ but I wasn’t interested in photography until after I graduated from college.

After a stint selling ad space for a photography magazine, I realized I loved to sell things and I thought maybe I could use that to help photographers: those who were good at making work but not good at selling. Since I can speak English, I also thought I could serve as a bridge between Japanese photographers and other countries. This seemed like an idea that I could be good at.

AP: I can see the connection between building international bridges and supporting photographers, but starting a large-scale photography festival is still quite a leap. How did that come into being?

IH: I had been working as the Chief Editor for PHaT PHOTO magazine. Around this time the publishing business, around the world, was going down. I wanted to create an alternative for a struggling magazine industry that could actually help photographers because that was at the core of what I wanted to do. I thought maybe a photography festival could be the solution. Festivals can be thematic like a magazine issue, re-introducing new photographers in different settings. It brought together all of my experiences in sales, as a gallery director, and editor-in-chief together in a new way.

AP: What was your strategy for achieving what others may have seen as insurmountable?

IH: In putting together an international festival, I reached out to colleagues who had experience. Everybody helped me with my ideas. I consulted Inri and RongRong, co-founders of the Jimei x Arles Photo Festival in China, and also with my friend, Sam Barzilay, of United Photo Industries and a founder of Photoville in New York. I was in talks with Himeno-san (Kimi Himeno) of Akaaka Publishing, a well-established Japanese photo publisher. I’m lucky to have a lot of great friends who have helped me with what I wanted to do. That’s my talent. Other people are the best part of me.

AP: And there are so many people working in this industry. I imagine you’ve looked through the work of hundreds, if not thousands, of photographers around the globe. What advice do you have for photographers putting together a portfolio of work that captures your attention?

IH: Edit tight. Be critical. Everyone on a judging panel has seen a lot of great photography. Erik Vroons from GUP Magazine once said to me it’s like being a food critic and I totally agree. You’re always eating great food all the time, so great food becomes your baseline standard. For photography competitions, in order to stand out, you really have to be critical about your work in terms of preparing a portfolio and really push yourself. You have to become objective about your work. It has to be the best of you. If I see one image below-the-bar as part of a larger portfolio then I might think, maybe that photographer isn’t as good as I thought.

AP: Photographers are often advised to search for their unique voice or style. Curators seem to have their own stylistic preferences as well, and I understand your work at Ring Cube gallery had something special in how you brought disparate works into the same space together. Can you put into words some of the traits that draw you into a photograph?

IH: The very first photograph that I purchased was from Sohei Nishino’s Diorama Map. The images that I tend to be attracted to have a very strong visual style or visual narrative/story. Plus, with Nishino’s work, there are layers of time compressed into the image. For me, it could be the subject/object photographed, or the way they are photographed, or the amount of time that a photographer spends (in research, communications, whatever) to create the image. Being able to see these elements come together in an image is truly a privilege.

AP: I’m inspired by your playful description of always aiming for the top five. In your opinion, who are the top street photographers of all time?

AP: All classics! One of our entrants posed a question about how the genre has been shifting recently. They noted growing tensions for street photographers in certain parts of the world where societal norms demand more privacy for people sharing public spaces. It reminds me of your own experience maneuvering through a changing photo publishing industry. What’s your perspective on the future of street photography?

IH: It’s important to acknowledge the world of photography is constantly changing, as most things in life. But the bright side is that photography is not a traditional art form where you have to follow somebody’s style and then refine it. You can invent your own way of making pictures. Restriction really forces you to re-think or re-construct the way you shoot, which can turn into something amazing you may have never discovered if you didn’t have to work around a problem that you encountered. The future of street photography is wide open, and really up to the photographers living today.