Book review
I, Tokyo
“As much as possible, I worked from instinct. Taking photos resembles an improvised game. I feel that the more a photo is spontaneous and unplanned, the more it becomes alive, the more it moves from showing to existing.”

I, Tokyo
“As much as possible, I worked from instinct. Taking photos resembles an improvised game. I feel that the more a photo is spontaneous and unplanned, the more it becomes alive, the more it moves from showing to existing.”

As much as possible, I worked from instinct. Taking photos resembles an improvised game. I feel that the more a photo is spontaneous and unplanned, the more it becomes alive, the more it moves from showing to existing.

So opens Jacob Aue Sobol’s new exhibition at Polka Galerie, I, Tokyo. Now, the photos themselves aren’t new—they were shot when Sobol lived in Japan, almost 10 years ago. But this current selection at Polka feels fresh and powerful thanks to its curation and its concentrated effect. The feeling of intensity is felt from the opening words, through Sobol’s exhortation to make photos that exist, that can just be. It is, at once, a bold claim and a daring challenge. It is also certainly easier said than done. But by the time we have left Sobol’s Tokyo, there is no other conclusion to draw: Sobol’s images are truly alive.

In the show’s tight but potent selection, one of the images embodies this way of being neatly. The photograph in question shows a pair of elderly hands gripping a small, cheap digital camera in front of a gorgeous spread of magnolia blossoms [image 2, above]. The camera’s subject? The magnolias. Sobol’s subject? Seemingly, the unpictured photographer’s strained efforts to make something “beautiful,” which is contrasted with Sobol’s instinctual vision. While we all gamely try to make pretty photos, the effort is often evident in the stiffness of our results. Sobol, on the other hand, rises to meet his own challenge and creates images that don’t only show but deeply, truly exist.

So, what’s Sobol’s secret? There are no hard and fast rules. After all, it is “an improvised game.” Returning to the magnolia photo, we can see that the amateur’s camera is far too close to its subject. The result will be a frame full of flowers and little else (like so many others before it). In this moment, Sobol had the presence of mind to step back and take in more than the blind, beauty-seeking eye could take in.

Yet at other times, Sobol brings us very close to his subject. A woman’s breath fogs the glass in front of her mouth. Two rabbits jump away in fear. A greedy mouth bites down for a taste of lover’s flesh. An old man’s skin takes on a texture that seems positively geological in its complex age and fragmentation.

There isn’t a single recipe for success. Sobol’s shots combine the graphic intensity of advertising or fashion photography with all of the emotion and grittiness that are inevitably missing from those genres. He gets up close when the moment calls for it and steps back when it doesn’t.

If there’s any criticism that could be made of these photographs, it’s that cumulatively, we don’t particularly feel placed in Tokyo (save for those iconic blossoms). Yet somehow, with the power and specificity that his vision conveys, I suppose it wouldn’t really matter where he was taking me.

I came to Tokyo for the first time in the spring of 2006. My girlfriend Sara had got a job there, and so I decided to move with her to explore the city in which she had grown up. It was a society I had never experienced before, one of which I had little knowledge and to which I had no real sense of relationship.

Initially I felt invisible. Each day I would walk the streets without anyone making eye contact with me. Everyone seemed to be heading somewhere — it was as they had no need of communication. Most mornings I would take the Chuo-line from Nakano to Shinjuko, and even though the train would be packed with salary-men and school girls in uniform, I rarely heard a word being spoken.

Though Tokyo and its people seemed unreachable, I felt drawn to the tight and confined reality of the metropolis. My feeling of isolation and loneliness was overwhelming — it was something I had to find a way to change.

And so I began taking my pocket camera out with me on the streets and in the parks. Rather than focusing on the impressively tall buildings and the eternal swarm of people , I began searching for the narrow paths and the individual human presence in the city that felt both attractive and repulsive at the same time. I wanted to meet the people , to get involved in the city, to make Tokyo mine.

The pictures in this book are a recording of what I saw and the people I met during the following eighteen months. 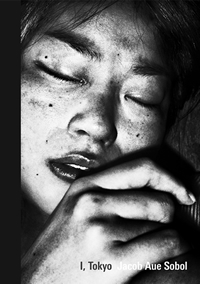 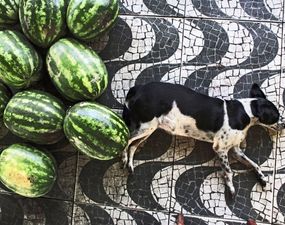 Street Photography as a Gift from the Universe
Maria Plotnikova
“For me, street photography is like poetry to literature; jazz to music. I get high from the freedom. Street images are direct proof of the existence of harmony in our world…” 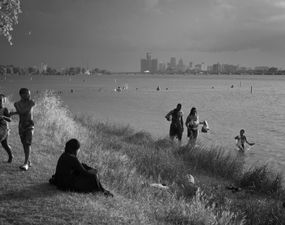 Detroit From Up Close and On High
Brian Day
Combining aerial views with street-level scenes, the dichotomies of Detroit are revealed: a city that contains young people (and young money) alongside many neighborhoods which are struggling to survive.

Brave Beauties: Zanele Muholi on Self-Portraiture
Zanele Muholi
Zanele Muholi teases apart one of her favorite images from her 2016 series of self-portraits in an exclusive conversation with LensCulture. 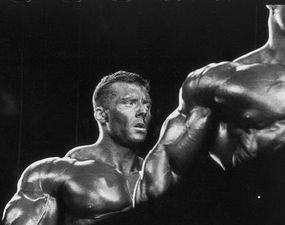 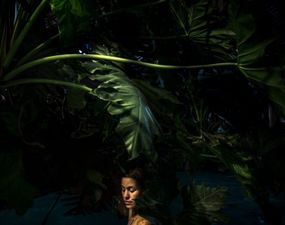 Reclusive
Sarah Pabst
A profoundly personal story that reverberates with universal human life and struggles. “This imagery is my journey, my intimate diary as I search for the answers to the vertigo of everyday life and the torments of my heart and soul.” 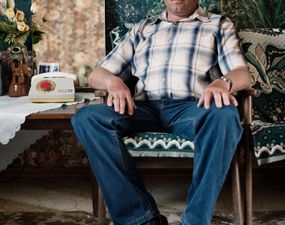 Atomic War: Who Can Push the Button?
Justin Barton
Investigative journalism that explores several 20th-century US and USSR nuclear missile systems and their crews from both sides of the Cold War ideological fence. Discover rare interior views of war rooms, as well as portraits and interviews...