Book review
The Wide Truth
Jeff Bridges gets behind the lens in his new book “Pictures: Volume Two”, which gives us an intimate glimpse into the magic of cinema in its vistas of set life.

The Wide Truth
Jeff Bridges gets behind the lens in his new book “Pictures: Volume Two”, which gives us an intimate glimpse into the magic of cinema in its vistas of set life. 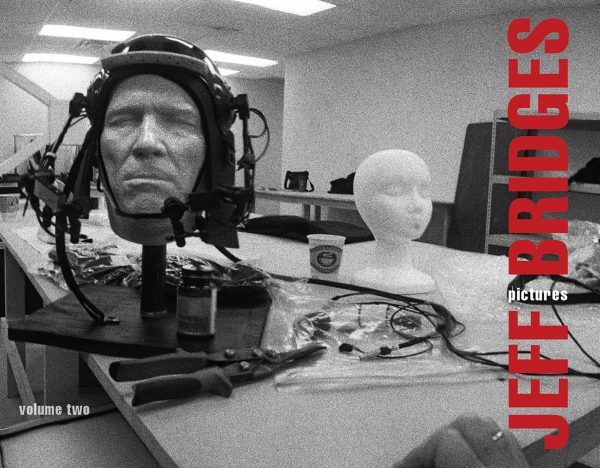 I do not remember the first movie I saw, but I do remember, very well, the first movie I remember. I was ten years old and somehow sitting near the front for a screening of 2001: A Space Odyssey. I was already a science fiction nerd and I had heard the buzz. I knew this was going to be good. But to be honest, I had no idea—I don’t think anyone did—how much the world would change.

2001: A Space Odyssey runs for two hours and 44 minutes. Astonishingly, there are 88 minutes without dialogue. Let that sink in, if you didn’t already know. Eighty-eight minutes of exclusively visual storytelling. I saw the movie on wide-screen and the images were huge. Every shot, even the close-ups, was an expanse of detail.

I did not become a filmmaker or an astronaut, but I did fall in love with that way of seeing. Forget the mega lens. Wide angle held the most promise for me. It had the most layers, the most content, the most potential for irony or depth or insight. Even today, in my own camera bag, my walk-around lens is a 10-24mm zoom. That’s just the way I see.

I am thinking about movies and wide-angle lenses because I have on my desk the new book by Jeff Bridges (yes, the actor Jeff Bridges) called Pictures: Volume Two. The premise is pretty straightforward—Bridges has a collection of shots he’s taken while working on a good many films. His is the insider’s view. He includes images from Seabiscuit, The Amateurs, Iron Man, Crazy Heart, Tron: Legacy, True Grit, The Giver, Bad Times at the El Royale, and many others. It is a wonderful, surprising, intimate book.

We all love the sneak-peak, the glimpse behind-the-scenes, the drawing back of the curtain and Pictures: Volume Two certainly rewards this interest. But the book is actually a lot deeper and more interesting than that. It’s easy to take on-location shots that strip away the pretense of whatever fiction a movie is following (See? It’s just green-screen) and expose the lie. It is much more difficult to re-create the truth of a movie set—the truth of the struggle to tell the truth.

Bridges has been making movies for more than 50 years, so he knows that world well. And his photography is solid. In fact, Bridges’ photographs have been featured in several magazines including Premiere and Aperture. He’s had gallery shows at the George Eastman House in New York as well as in London, Los Angeles, Italy and the Museum of Photographic Arts in San Diego. In 2013, he received an Infinity Award from the International Center of Photography.

However, the particular genius of Pictures: Volume Two takes these two facts and adds a technical choice.

In the introduction, Kerry Brougher, Founding Director of the Academy Museum of Motion Pictures and Curator Emeritus at the Smithsonian Institution, writes: “Jeff Bridges’ photographic work focuses on the places where, fortunately for us all, fiction remains a part of the world…While the layered subject matter of the set is fascinating enough, what makes Bridges’ work soar to the level of art is the camera he uses. His Widelux, with a 28mm swing lens, has a slit instead of a conventional shutter, allowing the camera to pan across the curved film plane for a few seconds, thereby creating a wide-format image. Bridges has pointed out that the format for the Widelux is close to that of 70mm motion picture stock, and he sees his camera as a bridge between reportage and the creation of imaginary worlds…Of course, the idea of widescreen predates the anamorphic lenses of CinemaScope or the 2.20:1 format of 70mm. Painted or sculpted narrative friezes are a fixture running through the history of art.”

Pictures: Volume Two is entertaining and rewards the fast casual glance. It also rewards the sustained examination with a fresh understanding of the way artifice can lead to truth.

There are things this book is not. Movie sets are deeply privileged places. The images do not reveal the pathos or gravitas of hard lives. But that is neither dismissal nor complaint. If a movie can reveal heart-core truths to us the way a novel or a book of poetry can, then these shots show the making of that truth. The images do not negate it. They add to it.

As Brougher says, “Jeff Bridges photographs also offer a behind-scenes take on Hollywood, but rather than revealing the process to diminish it, they do the opposite: they celebrate the making of dreams and retain a sense of wonder.”