The Hidden Worlds of WWI
An exclusive video documentary reveals secrets hidden deep inside long-forgotten, underground cities—moving remains from the First World War that bring this 100-year old conflict back to life. 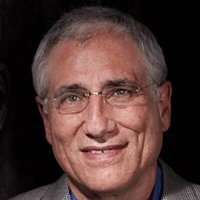 LensCulture contributor Clara Abi Nader traveled with Gusky to one of these historical sites and produced this short video documentary on his work. Enjoy!

Just over 100 years ago, one of the greatest conflicts in human history was getting under way: the First World War. As the war ground on, bloody year after bloody year, humanity was introduced to the grim, incomprehensible realities of modern mass destruction. Indeed, the inhuman scale of death and suffering reached such calamitous proportions that the conflict became known, even before it had ended, as the “War to End All Wars.” Today, however, such a title seems bitterly ironic, foolishly idealistic: the optimism of a bygone time.

After a century, we are confronted by an absence of living witnesses—no individuals remain who might bring us closer through their experiences. Meanwhile, the few silent images that do survive from that era are hardly able to bridge the immense gap. Instead, these visual icons are abstractions of the war itself. For example, a cemetery filled with white crosses as far as the eye can see is overwhelming, making it difficult to feel connected with the humanity of the individual subjects. This distance makes WWI feel ancient and irrelevant to our daily lives.

But as far away as WWI may feel , perhaps we haven’t moved past the horrors of this dehumanizing era? Perhaps, we are still stuck in 1919—and we don’t know it.

This is the theory of American photographer and explorer Jeff Gusky, who began to grasp the seminal importance of WWI after discovering a series of immense “underground cities” scattered across France. The further Gusky penetrated into these immense subterranean complexes, the more he uncovered the degree to which these distant people’s traces, feelings and art are still very much with us. In his own words, Gusky’s mission is “to create photographs that forge a direct human connection to the people of WWI—people who walked blindly into the world’s first modern mass destruction. Then, as now, the pace of modern life numbed them to the dangers of losing touch with their humanity. I hope my images can bring us closer to these individuals and closer to our own human nature and the distinctions that separate us from our man-made world.”

Indeed, after spending some time with Gusky’s work, we come to see how this seemingly faraway time is, in fact, a vibrant presence, even a familiar reality, that strongly relates to the ways we live today.

Gusky began his explorations above ground, photographing the abundant remains of WWI on the surface—bunkers, trenches, field hospitals and more—that remain scattered from Champagne to the Swiss border. Over time, Gusky developed close working relationships with local WWI enthusiasts, land-owners and village mayors in the traditionally closed-off communities of northern France. Once he had earned their trust, Gusky was granted access to many WWI-era sites that were on (or beneath) private land and thus out of the public eye. The most thrilling of these secrets were the underground cities—fascinating discoveries whose existence had been all but unknown to the outside world.

Underground cities in France are not new. Since the Middle Ages, French castles, cathedrals, fortresses and homes were built with stone mined from underground quarries. During times of crisis, stretching all the way to the Crusades, villagers often retreated underground for safety. More recently, one might find an inscription about the pillaging Cossacks, dating back to the Napoleonic Wars.

World War I qualified as another one of these periods of crisis. At that time, the quarries were transformed from their ancient purpose into modern, front-line headquarters. Over the course of the protracted conflict, these immense, ancient spaces were outfitted with the most technologically advanced infrastructures: electric lights, telecommunications, ventilation systems, street signs, running water, underground railways, post offices and hospitals. Much like the army bases of today, these “cities” were meant to offer some form of comfort and stability close to the front. They provided the dehumanized soldiers with shelter from the horrors of war and, as Gusky discovered, a place to be human amidst the chaotic reality above.

Today, the underground cities are pitch-black, long deserted. But as Gusky’s camera reveals, it was within these protected sanctuaries that the World War I soldiers found moments to express themselves and offer us glimpses of their humanity. While the outside world had been turned upside down and was filled with death, disease and constant fear, it was in these underground spaces where we find evidence of these individuals’ hopes and dreams. Young men, many of them facing imminent death, passed some of their precious time hoping to make some permanent mark on the world. The most rudimentary carvings consist of hastily scrawled names (that still look fresh), crude sexual cartoons, or baseball scores. Some contain the name of a sweetheart (“Vera”) or a home address, evidence of their easily understandable homesickness. The carvings also include more intricate religious figures, complex insignias, even life-like sculptures. Regardless of the artistic skill, all of these carvings touch upon something universal: faced with the strong chance of impending non-existence, these soldiers were moved by the fundamental urge to leave some kind of trace behind.

It is no accident that we are able to intimately feel a human presence through Gusky’s images. Parallel to his career as a photographer, Gusky is also an emergency physician. In this role, Gusky forms intimate bonds with complete strangers, helping to guide patients and their families through moments of crisis. Gusky’s work as a doctor is grounded in helping people confront risk to see what’s in front of them clearly and soberly, so that they can make difficult decisions concerning life and death. Gusky considers his work as a photographer in similar terms: “My hope is that my images will help people see clearly, particularly through the illusions of modern life. When we put our faith blindly in technology and forget about our humanity, the world becomes a dangerous place. Photographs enable us to become self-aware of our individual humanness, help us overcome our modern numbness and come to terms with the imperfections of human nature.”

For Gusky, the First World War is an important moment when humanity began to grapple with the negative consequences of technological advancement. The unimaginable scale of destruction wrought by the conflict was due largely to the revolutionary discoveries of the late 19th and early 20th centuries—electricity, flight, industrial chemistry, telecommunications and mass media. Leading up to the war, this string of technological breakthroughs created a feeling that technology could only do good. Once the war was underway, people began to see how these wondrous discoveries had been transformed from modern conveniences into tools of mass destruction. The “civilizing” technology that allowed the soldiers to transform these old quarries into subterranean cities was the same destructive technology that had driven them underground in the first place. The inventions which seemed to have made their lives better had been completely and incomprehensibly reversed in front of their eyes. In short, these people saw how “our” technology can so easily be turned against us. The awe-inspiring light of progress also has a dark side—a dark side that can be used to destroy us on a scale that is unimaginable.

What is striking about these insights into the minds of WWI-era people is how much truth they hold for us today. In many ways, the world of then was not so different from our world now. People lived in high-rise buildings, commuted to work via mass transit or automobile, went to the movies and were bombarded by mass media. On a deeper level, then, as now, the people had gradually, almost imperceptibly lost track of the inhuman scale of technological advances as well as the ways that these technologies can numb our conscience. Then, as now, people believed in the perfectibility of technology (and by extension, the perfectibility of human nature). And what the people of WWI discovered, too late, was that as soon as human control is ceded, mass destruction is quick to follow. Gusky’s photographs focus on the individual—on names, on carvings, on moments of solitude—so as to emphasize that our humanity, our conscience is the one thing we can depend upon in times of crisis, the one certainty that we can fall back on when the human scale of life seems lost.

And that is why the most powerful parts of Gusky’s work focus so touchingly on small moments that make us feel close to these distant subjects. These people did love baseball teams—the same ones that we still cheer for today. The First World War did call upon people from all over the world—Europeans, Americans, Chinese, Indians and Pakistanis (65 million in total)—but this dizzying sum of mobilized men becomes more real when embodied in a single soldier’s signature, a person’s lasting trace. In looking at these pictures, we are able to reach past the immense gaps in history, the incomprehensibility of modern warfare and share in that universal, but very individual, feeling of wanting to leave behind some kind of mark on this earth, to let others know, “I breathed, I existed, I mattered, I was here.”

World War I might feel very long ago, but the people and the stories of that time remain with us today. The people in Gusky’s photos, although we cannot see them directly, were modern people, just like us. They were vulnerable to the dark side of technological progress, prone to getting caught up in the excitement of change without thinking of the ramifications. From them, we can be reminded that blind faith in progress can lead to nearly uncountable death, destruction on a scale beyond human comprehension.

In the words of Gusky, discovering these shockingly tactile, familiar traces of other people was like finding not one, but thousands of bottles from an old shipwreck, washing up unexpectedly on shore. Each carving that Gusky photographed is a message from another life, another time—a message that tells us when the world falls apart, when our illusions fall away, what’s left? We have our art, our love for one another, and each other.


Editor’s Note: If you’d like to find out more about this amazing project, be sure to check out The Hidden World of WWI website.