Book review
Patterns and Privilege, East and West: Jeffrey Milstein’s LANY
These soaring aerial photographs pair Los Angeles and New York from above, showing us enthralling visual patterns while hinting at the discrepancy between how the rich and poor live in America.

Patterns and Privilege, East and West: Jeffrey Milstein’s LANY
These soaring aerial photographs pair Los Angeles and New York from above, showing us enthralling visual patterns while hinting at the discrepancy between how the rich and poor live in America.

In small notes peppered throughout his new book LANY, Jeffrey Milstein offers his perspective on the relationship between architecture on the East and West Coasts of America. For example, abutting a colorful (if somewhat vertigo-inducing) shot of Times Square in New York, he writes, “Skyscrapers in downtown LA have mostly flat roofs with large numbers painted on them, as opposed to NY’s flamboyant, brightly-lit sculptural rooftop crowns…The difference is due to a 1974 fire ordinance in LA requiring all new skyscrapers to have a helipad for fire rescue.” Milstein started out as an architect, and this pool of knowledge enriches and bolsters a book full of captivating aerial photographs. Milstein geeks out over the architecture on both sides of the country over the course of the 143-page book, and it’s fun to tag along with him as he does.

Milstein is no stranger to the aerial view: granted a pilot’s license at 17, he used to fly around the LA Basin taking 8mm movies from the air. The photographs in LANY were shot over a five-year period, as Milstein tells us in his preface, primarily from a helicopter with the door removed or from a small plane. Milstein mounted his cameras on a gyro to stabilize them, and rather than holding his camera parallel to the ground, he directed the pilot to make steep turns, allowing for the straight-down shots that define the striking visual style of the book.

LANY is fun in part because of Milstein’s familiarity with aerial landscapes. His attention to the unique patterns and interesting juxtapositions formed by structures in miniature convey an intimacy with the world as seen from the sky. Milstein is clearly captivated by the idiosyncratic patterns and compositions that result from an aerial view; in his camera, they are abstract arrangements, and yet they’re really man-made constructions. Milstein delights in particular in the elements that break the ordered patterns he sees from above. For example, on one page, hundreds of pale white and grey cars are all aligned in orderly rows. All is in order. But subtly, we notice a broken line of green vehicles processing up the left side of the image. This interruption in the pattern grounds us; it takes an abstract image and pulls it back into a realist depiction of actual, imperfect objects.

These visual repetitions also allow for a level of anonymity. Although some of the photographs could be seen as voyeuristic—there are shots where we peek into people’s backyards, observe their pools and tennis courts—Milstein’s focus on pattern allows the subjects to retain their privacy. The photographs aren’t intimate, but rather anthropological. A study of design and of pattern in the contemporary built environment.

LANY is full of satisfyingly arranged shots like this that speak to Milstein’s attraction to geometry and design—his images are immensely pleasing to the eye. His background in architecture is also apparent; there are swooning images of architectural structures, careful compositions that frame pieces of landscape and bring our awareness to their design. But riding along with the aesthetic pleasures of the book is a more serious commentary on inequality and housing in the US. Blue-collar neighborhoods are densely packed and largely dominated by dusty-brown colors—rows of houses look more like industrial sites than anything else—while more affluent communities are filled with rich green and blue tones: plush round treetops, cool aqua-colored pools, and spacious, verdant parks.

LANY doesn’t fall into the common trap of heavy-handed proselytizing: Milstein isn’t preaching to us with these images. He simply suggests an alternative reading alongside the obvious juxtaposition of architectural styles on the two coasts. The carefully orchestrated and arranged images are an added visual treat that compel us to pay closer attention to the stark discrepancies he presents. Flip the page, and spacious backyards turn into shoulder-to-shoulder houses with no greenery in sight. Milstein offers his observations for the reader’s close perusal, and then leaves us to draw our own conclusions. 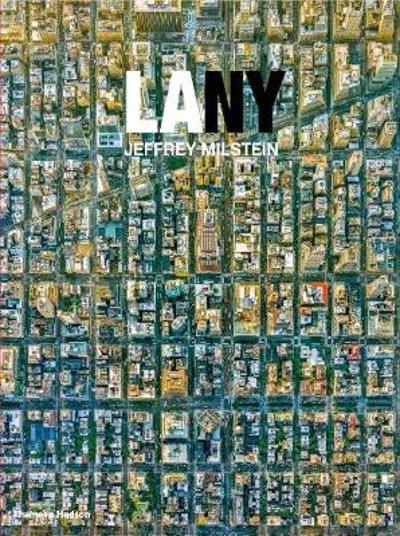