Book review
Empire: A Personal History of British Dominion
60,000 miles, 32 days at sea, 400 rolls of film — British photographer Jon Tonks went through a lot to capture life and the remains of an empire on four of the most isolated islands in the world.
Photographs byJon Tonks
View Images

Empire: A Personal History of British Dominion
60,000 miles, 32 days at sea, 400 rolls of film — British photographer Jon Tonks went through a lot to capture life and the remains of an empire on four of the most isolated islands in the world.

While you might not know the answers to any of these questions, British documentary photographer Jon Tonks found out about these things and so much more in the process of making his book, Empire. Tonks spent up to a month at a time in each territory, traveling 60,000 miles around the Atlantic via military outposts, low-lit airstrips and a long voyage aboard the last working Royal Mail Ship. Some 400 rolls of film, 24 flights and 32 days at sea later, the resulting work creates an insight into these distant places that resonate with a sense of Britishness which is remarkably recognizable yet inescapably strange.

Tonks has photographed the people, the landscapes and the traces of the past embedded within each territory. From the Margaret Thatcher memorials on the Falklands, to shipwrecked, disintegrating, 19th-century guano barques, Tonks' lens seems to have dug into every square inch these four islands had to offer. But through the short accompanying texts, which combine history and anecdote, Tonks also tells the human stories scattered across these remote and remarkable islands.

From the cover of the book, we sense Tonks' playful, inquisitive nature. While Tonks remains respectful and sympathetic of his subjects throughout his journey — and the book really does bring us into the feeling of Tonks' many miles traveled — it is hard not to smile when we're told that Tristan da Cunha's police officer has been on the job for 22 years but has yet to make an arrest (the answer to question 2 on the quiz, by the way).

The book balances landscapes with portraits, maps with finely etched faces and funny factoids with a real sense of heart. In the afterword, Tonks tells us that he had to visit St Helena a second time to finish his project. He calls this unexpected return "a valuable experience" as he had the chance to revisit "familiar faces from the original trip". By the end, Tonks' warmth and connection with his subjects becomes as clear as his more obvious humor. 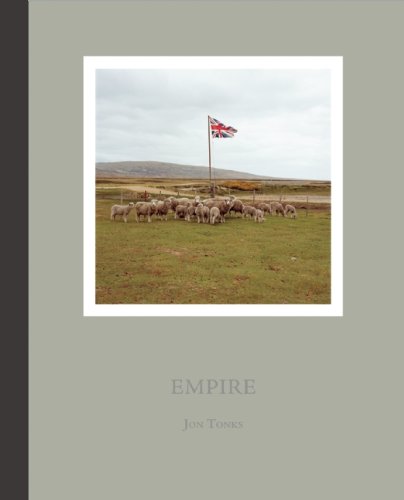 
Editor's note: We first met Jon Tonks when he attended LensCulture Fotofest Paris. We're happy to see that he succeeded in publishing his project.