Feature
Living in the Mist: The Last Nomads of Nepal
The Raute people are a mystery, living in a world apart from their surroundings. They roam like the clouds, moving freely from place to place. A beautifully told story, one that has been repeated far too many times…
Photographs and text by Kishor Sharma
View Images

Living in the Mist: The Last Nomads of Nepal
The Raute people are a mystery, living in a world apart from their surroundings. They roam like the clouds, moving freely from place to place. A beautifully told story, one that has been repeated far too many times&#8230;

“Women have no caste, flatbread has no head, and the ‘Rautes’ have no houses,” says a man perched on a rock, pointing at a camp of cloth tents hidden in the mist. “You are duniya, the outside world, and we are the ‘Rautes’, we don’t have houses—we have camps.””

Only about 140 remain in the foraging tribe of Rautes. These people, who live on western mountains of Nepal inhabit lands ranging from 2,000 to 10,000 feet above sea level. Each summer, they travel up the mountain—and each winter, they come down.

Raute elders are convinced that their ancestral traditions will survive into the future. They don’t occupy the same place for long, they don’t grow crops, and they don’t work for outsiders. Nomadic Rautes have strong sense of attachment with the Forest. The main sources of living for the Rautes are the wooden materials they make. They have talent for crafting wood and creating household utensils. Their craftsmanship is handed down from generation to generation. They once used to exchange their goods for food, but these days they’ve started to earn a bit of money too.

During the 1970s, the idea of a “community forest” was brought to Nepal. The idea was that the forest belonged to nobody—and thus had to be protected. While this concept was a great idea in many parts of the world, it started to create problems for the Rautes. First and foremost: they couldn’t cut trees and thus couldn’t make their famous handicrafts. Any efforts to continue cutting trees led to conflicts with locals and further problems for the community. With their main source of economic well-being taken away, the Rautes have become more dependent on their monthly government hand-out (1000 rupees or 12 USD). Although this money is helpful now, it will likely increase dependence in the future.

“Earlier, they used to say that ‘to count the money is a sin’ but these days they ask for money whenever they meet,” said an experienced old man from Dailekh. Likewise, members of the Raute community are seen drunk all the times. Even children of 8 or 10 years of age can be found drinking. Rautes—who were once regarded as stubborn but clear-headed and innocent—are often seen these days drunk at local hotels and sometimes even fighting with locals.

Misunderstandings between the Rautes and the locals go way back. Some locals believe that Rautes conduct human sacrifices every twelve years. Others believe that if you wander into their camp, they’ll enchant you and keep you prisoner. All hearsay, of course, but nobody from outside the community has seen otherwise to refute the claim.

The Rautes seem to prefer to remain hidden behind a shroud of mystery—perhaps to shield themselves from the influence of duniya. They don’t talk much, don’t like outsiders in their camp, and tend to seek out isolated nooks for their enclosed world. Their life seems a conundrum: they endlessly wander along the boundaries of the world they have created. They roam like the clouds; they float across the landscape, free as the birds. But there also seems to be clash between the modern society and their relationship to it and their desire to continue their own lifestyle.

After all, how many generations will be able to continue living this lifestyle? Only time will tell. 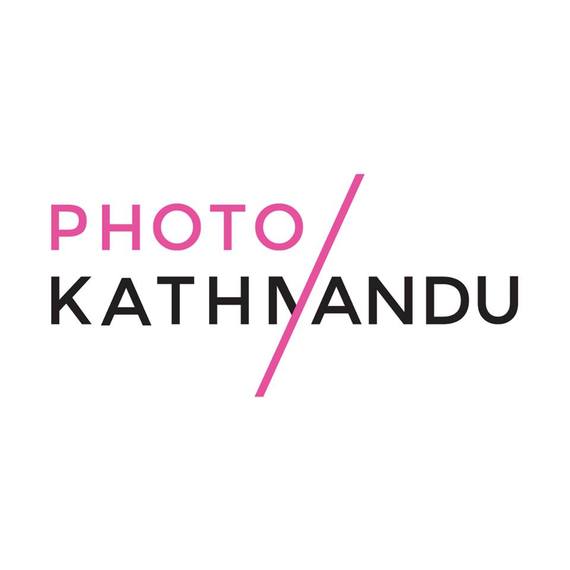 Editors’ Note: Photo Kathmandu, the newest addition to the international photography festival circuit, launched in November 2015. The first edition of the festival served as a platform for interaction between photography, history, anthropology and a wide array of the arts.

LensCulture was a proud partner with Photo Kathmandu, presenting a series of preview articles from the festival’s program in advance of the launch. We look forward to next year’s edition!

A temporary Raute dwelling based in the remote west district of Nepal called Salyaan. The Raute are always on the move, depending on the season and other factors. For example, they leave their settlement immediately if anyone from the tribe dies. © Kishor Sharma
Surendra Shahi (right) was killed in early 2014 in a road accident. Before his death he had lost his wife and only child. © Kishor Sharma
Shaal Bahadur Shahi (8) at work. A Raute child does not go to school or mingle with any other children of outer society. © Kishor Sharma
"I gave birth to 12 children. 10 died" says Basankhya Shahi, showing her forehead, "there was nothing written here." Her other two daughters are already married © Kishor Sharma
Prem Bahadur Shahi cuts trees in the forest. Rautes share an intimate and strong relationship with the forest and are dependent on it in many ways. They make household utensils out of the soft wood and barter or sell it to the villagers or in the nearby market. © Kishor Sharma
Man Bahadur Shahi shows his missing finger, which he accidently cut a few months earlier. Many Rautes have lost their fingers while scars and wounds are common on their bodies. Although they are slowly moving towards scientific treatment and modern medicine, it's hard to treat a patient who is always changing their settlement. © Kishor Sharma
Line B. Shahi has a family of 2 sons and a wife. He lost his infant daughter. "We buried her and left the place immediately," says Line. Infant death is common because of the poor living condition and lack of healthcare. © Kishor Sharma
Aiyar Shahi (left) and Gurpi Shahi (right) smoke cigarettes. The women in the community smoke cigarettes or home-made "bidi" (tobacco wrapped in a leaf). Rautes don't wear clothes sewed by outsiders. The dresses they wear are sewn by themselves. © Kishor Sharma
A Raute woman covers her child. © Kishor Sharma
Prem Bahadur Shahi and Balal Bahadur Shahi talking with each other as the day comes to an end. Raute speak a Tibeto-Burman language called Khamchi but generally men tend to converse in Nepali. © Kishor Sharma
A Raute man prepares to erect new tent. © Kishor Sharma
A Raute man sleeps in his abode. They seek out isolated nooks for their enclosed world and are complete mysteries to most people from the outside world. © Kishor Sharma
Bir Bahadur Shahi and his family inside their tent on a typical day in the Raute camp in Dailekh district of Nepal. Bir Bahadur is one of the four leaders of the tribe. Leaders are appointed by the majority of the tribe and are responsible for dealing with outsiders and also keeping the peace within the group. © Kishor Sharma
Bimala Shahi (18), a young Raute girl in typical attire. © Kishor Sharma
Prakash Shahi (left) with his friends in a temporary Raute settlement in Salyan district of Nepal. © Kishor Sharma
A Raute man walking through the settlement. They make their camp out of wooden branches and cover it with leaves and cloth. © Kishor Sharma
A wooden bowl carved by Rautes. Making carved wooden utensils is the traditional occupation of the Rautes. Once, they used to barter them for grain but these days they sell them for money as well. However, they sell at very low price (about 1 USD) to nearby villages and markets. Sometimes they can't even sell it and at the end of day exchange it for a mere glass of local alcohol. © Kishor Sharma
Prem Bahadur Shahi, 30, a nomadic Raute youth outside his hut in a temporary settlement. Prem was feeling sick due to excessive alcohol intake the previous night.Lately alcohol dependency is becoming a serious threat for the community. © Kishor Sharma
Rautes share an intimate and strong relationship with forest and are dependent to it in many ways. © Kishor Sharma
Rautes carrying their belongings while leaving a settlement. © Kishor Sharma
An empty Raute settlement in Surkhet district. The Raute left the day before and moved to the neighboring Dailekh district. © Kishor Sharma