Book review
Flowers and Fruit
Love and life play out in Lin Zhipeng’s colorful images where bodies intimately share space with plants and food, free to bloom and flourish away from the conservatism of Chinese society.

Photographs by Lin Zhipeng (No. 233)
Book review by Cat Lachowskyj

Flowers and Fruit
Love and life play out in Lin Zhipeng’s colorful images where bodies intimately share space with plants and food, free to bloom and flourish away from the conservatism of Chinese society.

I remember the first time I realized that plants have sex. I was in my fifth grade science class, with a diagram of a lily on the desk in front of me, the teacher explaining the functions of its various parts, prompting us to label each one lest we forget. The sequence of bud to flower to fruit blew my mind. You mean to tell me that when I eat an apple, I’m eating an ovary? The weight of a fruit and the pollen staining my fingertips after outdoor investigation suddenly felt saturated in interconnectivity.

With good reason, that seminal flora and fauna memory came rushing back the first time I saw Lin Zhipeng’s Flowers and Fruits, a small softcover book of 176 pages filled with the artist’s bright photographs of bodies, brightly-petalled blossoms, and juicy edibles, their hues made even more saturated by the intensity of the photographer’s flash. While we are perhaps most familiar with images of flowers and fruit in stoic still-lifes, Zhipeng’s portrayals are bright, vibrating lights that emerge from the darkness of his shrouded interiors. In the presence of humans, nature isn’t relegated to greenery backdrops or kitschy aesthetics. Instead, plants are the protagonist in his photographic narrative, a necessary aspect of the activities that take place inside with the blinds drawn.

Flowers and fruit have been used as metaphors for sexuality over and over again in photography over the last decade. There was a particular era of Tumblr feminism when you couldn’t scroll through more than five pictures without seeing fingers caressing the cross-section of a papaya, or an orchid coquettishly placed in someone’s mouth. Many of these motifs were used to get around censorship of genitalia on social platforms, and at the time, it felt revolutionary. Now, the presence of these images in my feed feels like a corny blast from the past, a heavy-handed antique reference whose mass desensitization prompts a practically philistine reaction of eye-rolling before scrolling on to the next.

But there is something different about Lin Zhipeng’s incorporation of natural props. It’s as though his edible and aromatic subject matter existed in the setting first, only discovered later by the human bodies that convened to hang out with them at home. The people depicted are indeed nude, but their radical way of existing is so natural it almost feels mundane; their nudity is tertiary to everything else that’s going on in the book. Large pieces of fruit are comically held in place against someone’s legs with fishnets, while flowers and cherries are sprinkled across strewn strands of hair, stuck inside socks, or eaten at the kitchen table.

In tandem with this nudity-made-banal, there is also a darkness, an allusion to making space for existing on the outskirts of traditional society, performed in the confines of the home, protected from the watchful eyes of conservatism. The subjects are either lit by the photographer’s flooding flash or illuminated by the natural light pouring through cracks in the drawn curtains. This isn’t girlboss feminism reclaiming the vagina. Instead, it’s risky, quiet, and queer. All the same pieces are there—the petals, the watermelon, the dragonfruit, the bodies—but it’s less contrived, striking a balance between quiet and quirky that’s hard to create through the lens of a camera.

In addition to the interior shots, the artist includes a few exterior photographs of plants in their rooted habitat, highlighting a connection between the airy external world and the muffled indoors. Images of everyday household objects with nature motifs are also included as a nod to these internal-external connections. The border between plants and people, outside and inside, hiding and plain sight, becomes blurred, and necessarily so, because for Lin Zhipeng, survival isn’t rooted in heteronormative reproduction and overt visibility. Instead, it manifests in the freedom to hang out and be weird together.

In this way, his subjects—people, flowers, and fruits—all encapsulate that weirdness I experienced while learning about the lily in my fifth-grade science class. In Lin Zhipeng’s world, birds might be flying around the bedroom, and pieces of food might be placed in patterns around a nude limb, but all of these phenomena feel like the natural order of things. The artist doesn’t create a nail-on-the-head metaphor about our connection to plants, and how that most basic connection has to do with sexuality. He’s moved on from that knowledge, a step ahead of us, asking instead: what else might we do? 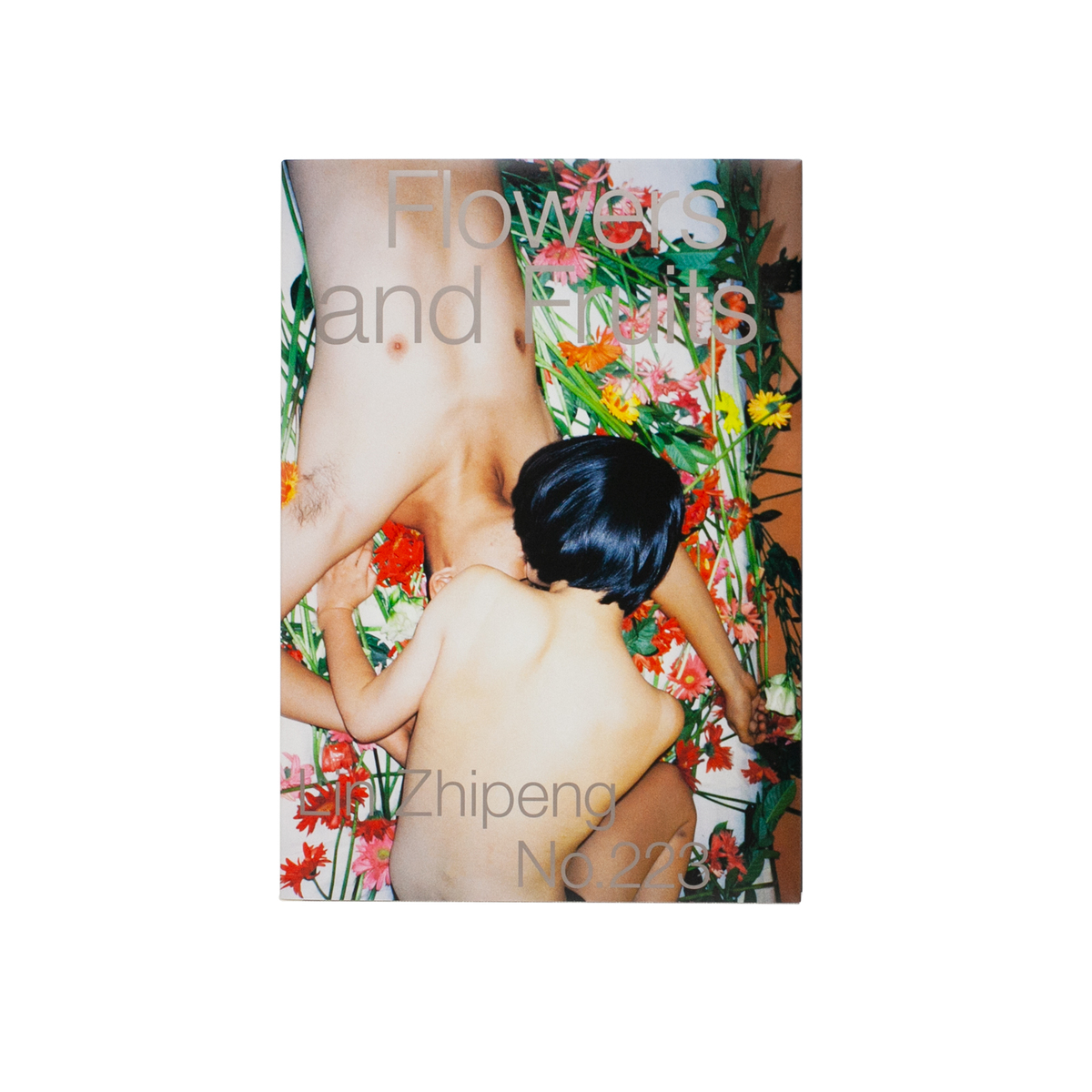