Book review
Chas Chas: Magic Realism from Argentina
It reads like a graphic novel or a mystery, with a flow of images that conjure an alternate reality in a neighborhood of Buenos Aires.

Chas Chas: Magic Realism from Argentina
It reads like a graphic novel or a mystery, with a flow of images that conjure an alternate reality in a neighborhood of Buenos Aires.

This book is the much anticipated follow-up to the magic realism of Luis Cobelo’s first book, Zurumbático. The visual narrative of Chas Chas is based on a real neighborhood in Buenos Aires, but seen through the hallucinatory playful eyes of Cobelo.

It reads like a graphic novel or a mystery story, with many layers of internal reference, along with comic strips, newspaper clippings, “found” street sculptures, graffiti, aerial views, and even includes a handwritten, sealed, stamped airmail envelope with a letter inside. The flow of images conjure a smile-inducing dream logic that feels strangely rooted to the alternate reality of street life in this fantastic place.

The real neighborhood, Parque Chas, was built with roads and buildings in concentric rings, more like a labyrinth or a spider’s web, rather than a typical urban rectangular grid. As such, it is rumored that magical things happen in this neighborhood, as if it is set apart from the laws of logic and physics and time. Viewed through Cobelo’s eyes, it’s a place for fortune tellers, drifters, alter egos, eccentrics, dreamers, visionaries, artists and iconoclasts.

30 years ago, a popular comic book featured time-warped situations and sympathetic characters who lived in the neighborhood: “Everything that you ever lost in life, exists in Parque Chas.” Using that as his inspiration, Cobelo freed his own imagination looking for magic, uncanny coincidences, signs and omens, as he wandered the streets of Parque Chas, discovering among other delights, a series of seemingly impromptu totems constructed from discarded household junk, and characters standing in the streets wrapped in twinkling colored lights. There’s some cross dressing, some recurring jokes, and some darkness, too, including a portrait of a woman lying on top of her bed, fully dressed, holding a sawed off shotgun as if prepared to defend herself against imagined hostile intruders.

As I turn the pages, I find delight in the pairing of images and the effortless flow of this meandering story. Each of the images is each pretty wonderful — well photographed, precise in a way that everything in the frame seems to contribute to the success of the picture. Some photos are jam-packed with useful clutter while others are pared down to be quietly and completely mesmerizing.

Chas Chas is my personal favorite photobook of 2019. Take a look if you get the chance! 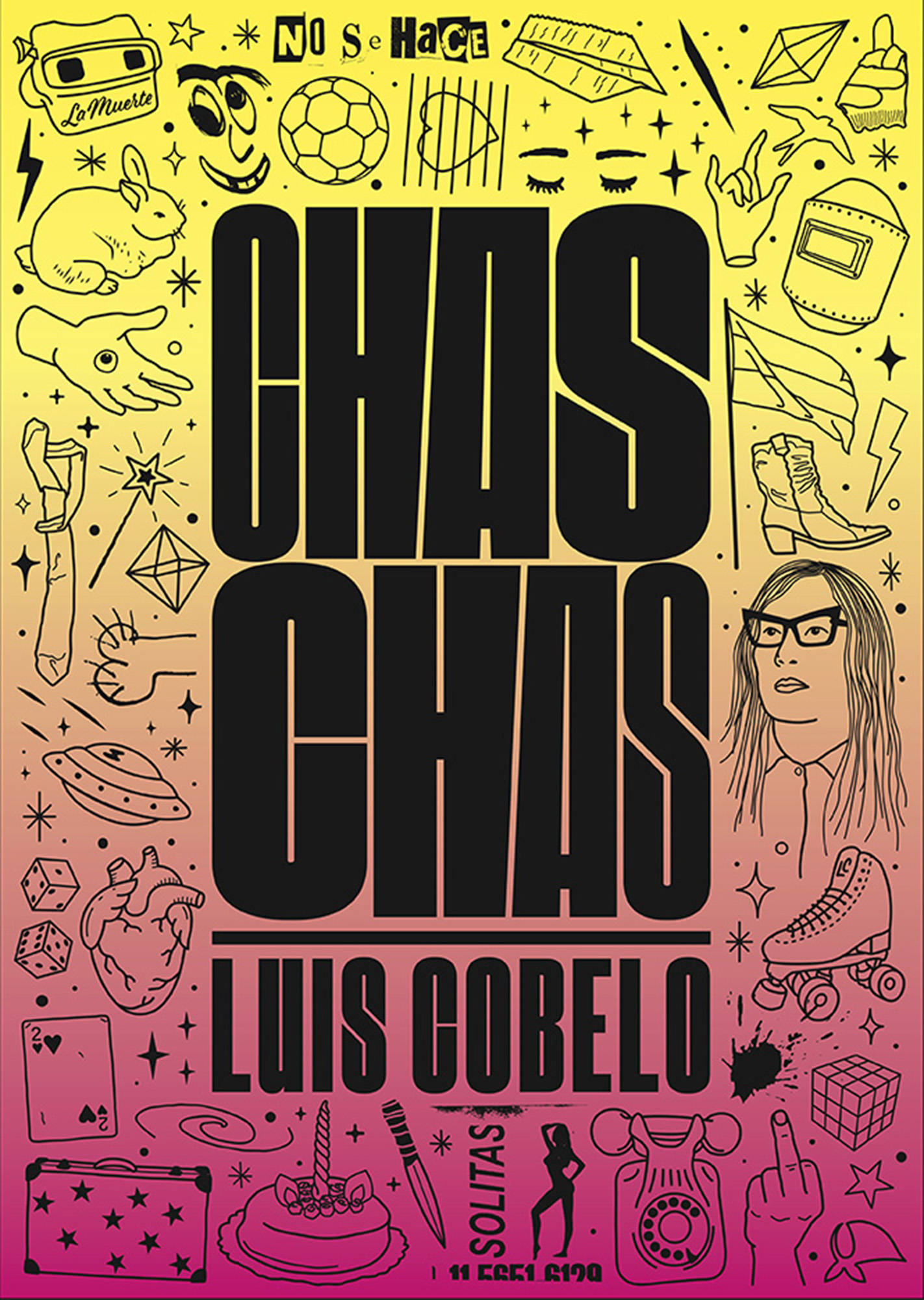