Book review
The Extraordinary Life: Lynsey Addario’s “It’s What I Do”
A deep, personal look into the mind of a celebrated conflict photographer, one that takes us beyond the cover photos and into the great risks and costs that such a dedicated life entails.

The Extraordinary Life: Lynsey Addario’s “It’s What I Do”
A deep, personal look into the mind of a celebrated conflict photographer, one that takes us beyond the cover photos and into the great risks and costs that such a dedicated life entails.

Let me begin with a story about something else.

I live in western Minnesota, at the border of North Dakota, where the winters are hard, cold, windy and sometimes lethal. Small things often go missing. A few years ago, in May, as winter was ending, I discovered a surprise. As the snow melted away from our front porch, an orange bag appeared. It was a newspaper from November. The wind had taken it. The snow had preserved it.

I took the newspaper into the house, opened it carefully, and began to read. I thought I would give it just a glance. In truth, I could not stop.

Of course, there was no news value to this paper. I knew the stories. I knew how the stories ended, or became other stories. And yet reading that newspaper was wonderful. It was history. It was literature. When you know how the story ends, the joy is listening to how well it’s told.

I mention the discovery of an old newspaper, and the thrill of reading it, because I seem to have missed a very good book. It’s What I Do was published in 2015. It was on the New York Times bestseller list. It was reviewed in the New York Times, The Guardian, the LA Times, and just about everywhere else. All the reviews were good— enthusiastically good. Hell, there’s even a movie being made and Jennifer Lawrence is the star. Yes, Hunger Games Jennifer Lawrence is going to play the role of a conflict photojournalist.

So, I missed the book completely. Never heard of it then, not even a rumor. Now, however, I want to press it into the hands of everyone I know.

The book begins with Addario being kidnapped by government forces in Ajdabiya, Libya during the downfall of Moammar Gadhafi. She and her colleagues are taken, beaten, threatened. It’s a cliff-hanger, though. She doesn’t come back to it until nearly the end. In between, we get her first camera, her home life as a child, and the deeply difficult ways anyone would have maintaining relationships when your work sends you to war.

There is violence in this book. Soldiers die. Civilians die. Colleagues die. A videographer dies just a moment after Addario stood next to him. Addario herself is profoundly injured. There is heartbreak, too. Addario describes her failed loves without cynicism, though; it’s just the cost of the work she’s called to do. Addario finds herself everywhere from New York to Turkey to Iraq to Libya to Sudan, and in each place, what she captures is not so much violence as plight. And she is fully aware of the risks of her work.

“As a photographer in a war zone, I didn’t have a weapon. I needed to get as close as I could to the action in order to get the photographs, but I also needed to stay alive. And the only thing that kept me alive during Iraq, Afghanistan, Lebanon, Congo, and Darfur was my inner voice that told me when I had reached my personal limit of fear. It told me when I needed to pull back to preserve my sanity, and possibly my life.”

There are accolades along the way—a Pulitzer as part of a reporting team and the MacArthur “Genius Grant” are testaments to her eye and skill. Addario does find a love that can survive and even celebrate the work she does, and she becomes a mother too, continuing to work in war zones during the early months of her pregnancy. Gender and gender roles are a large part of this book, but in ways that make her sense of purpose profound. There is always the fear of assault, and the fear that soldiers and colleagues won’t believe she’s up to the challenges—mental, emotional and physical—of the work that compels her. But she is also determined not to let her own fears or the projections of others slow her work.

There are three glossy sections of photos in It’s What I Do. Some of the photos have captions while a good many do not. All of the photos are moving. But it’s the clean and detailed and powerfully honest writing that makes this book compelling.

I am sorry I missed Addario’s book when it came out, but not overly so. Like the newspaper that went missing from my porch, if I had read it then, I fear I would have read it too quickly, just one more in a list of books I needed to read, skimming at times. Now, in a May two years later, I have the time to read under a different light. This is the literature of our work.

I will never be a war photographer, but that doesn’t matter. Addario’s book is about curiosity, the tension between family and vocation, the risks any of us are willing to take, and what peace we may find when our lives are broken by work that matters. It’s a book that gets in deep and lingers, encouraging us all.

W. Scott Olsen is a professor of English at Concordia College in Moorhead, Minnesota, where is also edits the literary journal Ascent. His most recent book is A Moment with Strangers: Photographs and Essays at Home and Abroad (NDSU Press, 2016). 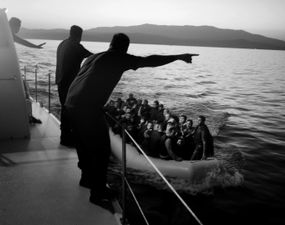 Syrian Refugees in Greece
Enri Canaj
As the civil war in Syria drags on, inhabitants continue to flee the country in all directions—these photos tell the harrowing story of an inflatable raft filled with 49 refugees that ended up in on an uninhabited Greek island. 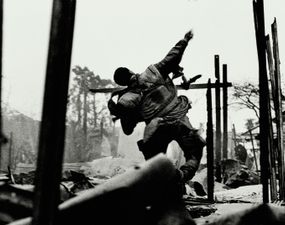 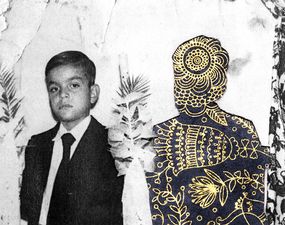 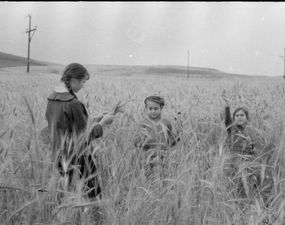 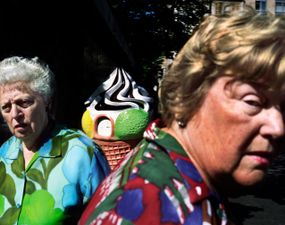 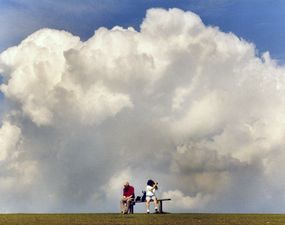