Since 2006, the annual Foam Talent Call has identified hundreds of talented photographers, from all corners of the globe, who have gone on to make their mark on the artistic landscape and pass from “newly discovered” to household names.

We’re proud to present a sampling of these talents’ work as well as some in-depth features on a few of our favorites. For our first interview subject, we have chosen the promising sculptor/photographer Manon Wertenbroek. Working across two seemingly contradictory mediums, Wertenbroek has achieved immersive, dazzling results, bringing the two art forms into powerful “tandem.”


Often, today, we think of photographs as disposable. A snapshot here, a social media post there—the medium’s increasing immateriality has taken away its feeling of permanence, of leaving behind a physical trace.

Sculpture, meanwhile, has a distinct notion of being out in the world. Sculptures have weight and height and depth. They are unambiguously material artworks whose very existence presents itself in physical form.

Leave it, then, to Manon Wertenbroek, the Dutch-born, Swiss-raised photographer/sculptor to turn these notions on their head. “Flirting” (in her words), between image-making and form-making, Wertenbroek revels in the fragility of her sculptural creations while leaning heavily on photography’s power to pin down the ephemeral firmly into reality.

To begin her series, “Tandem,” Wertenbroek chose to work closely with her brother, someone whom she had felt some distance from in recent years. Initial efforts at documentary and staged photography fell flat—Wertenbroek knew she had to return to the medium she felt the most affinity with. In returning to sculpture, while still utilizing her camera, and embracing her brother into her own created worlds, Wertenbroek found a way to bring all the seeming oppositions into tandem to create imaginative, visually delightful works.

To construct each image, Wertenbroek begins with sculpture. Utilizing organic materials—clay, paint, paper—she begins creating complex, almost impossible objects within bright, zany worlds. Calling upon her Dutch heritage, Wertenbroek allows herself to be as open-minded as possible, exploring the furthest boundaries that her materials will allow her. And unlike a “real” sculptor, Wertenbroek is freed from the obligation of making her works last. Many of the most striking are in fact built without backs and are collapsible to the lightest touch—yet perfectly crafted for the purposes of a single photograph, which effectively immortalize these fragile creations.

Indeed, Wertenbroek feels the Swiss influence most when she goes about making the photographs themselves. In constructing her final shots, she is meticulous, detail-oriented and incredibly precise. With the photograph, as opposed to the sculpture, Wertenbroek has more control: the frame, the angle, the perspective, the color all become minutely malleable in her hands. Even the way in which the viewer discovers each photographic sculpture can be carefully pre-determined by Wertenbroek.

Of course, like her two heritages, the seemingly opposed mediums are both integral to each other. Her sculptures could not exist without the photographic record and her photographs would be empty without her sculptural creations. The former populate her compact yet overstuffed worlds—while the latter gives Wertenbroek the frame that holds everything together.

When Wertenbroek was a little girl, her father told her: “If you want to be an artist, you should make something no one else can make. Make something really personal that can only come from your own hands…” Today, Wertenbroek continues to take this advice to heart, while continually pushing herself to discover what her multi-talented hands are capable of producing next.

Editors’ Note: In case you missed our presentation of the 2015 FOAM Talents, you can see the work of all 21 in our featured article. 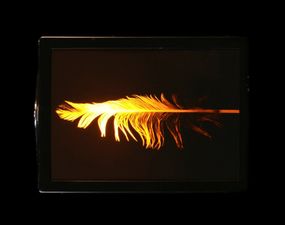 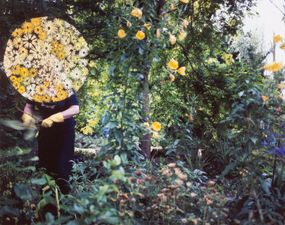 Conversations With My Mother
Jessa Fairbrother
Neither daughter nor mother—this photographic performance enacts how the artist was cut from the role of daughter while at the same time denied a maternal role. Simple, moving, inventively cross-disciplinary work. 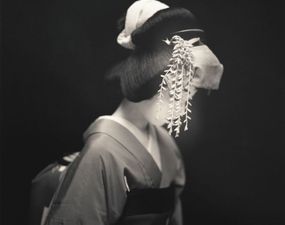 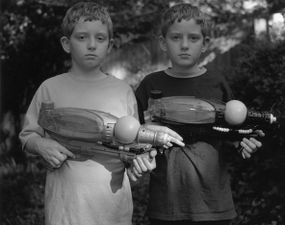 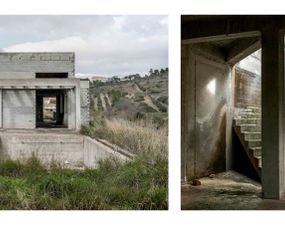 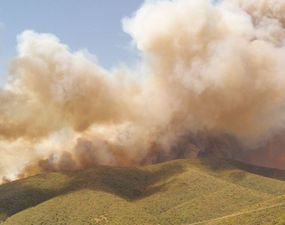