Interview
Educating the Eye: Looking Back With Marc Riboud
Words of wisdom, touching inspiration and a set of timeless photographs from one of the great photographic visionaries of the 20th (and 21st!) century.
In conversation with Marc Riboud
View Images

Educating the Eye: Looking Back With Marc Riboud
Words of wisdom, touching inspiration and a set of timeless photographs from one of the great photographic visionaries of the 20th (and 21st!) century. 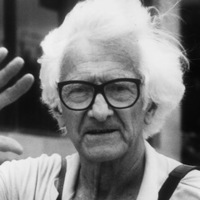 As a young, aspiring photographer, Marc Riboud’s biggest problem was that he was too shy. He had an eye for composition, he had talent and empathy and bravery. But something held him back. Looking back now at his incomparable work, it’s hard to believe. How does a man witness history, travel to the ends of the earth and make such intimate work if he’s too shy?

But he was, once, before having the good fortune of meeting his first photographic mentor, Robert Capa. Ever debonair, Capa told the young Riboud, “Go live in London. You’re too shy, you’ll see girls and you’ll learn English.” And so Riboud did go, although he didn’t follow all of Capa’s advice. In his own words, “I spent a year in London, and I didn’t see the girls and I didn’t learn English, but I did take thousands of photos.”

Indeed, Riboud was a great believer that the best teacher for any aspiring photographer was the world itself—and all the fine artists who captured it before us. Trained originally as an engineer, Riboud never formally studied the medium. Instead, he always insisted, “the best education for the eye is the museum.” As Henri Cartier-Bresson told him as a young man, looking at the compositions of the masters, of the Renaissance geniuses, was where anyone learns to make great, timeless work.

As for his shyness—perhaps he never quite overcame it. But Riboud is fond of saying that the camera served him as a shield. While he wouldn’t have dared approach people directly, his camera gave him a reason to get close. It was his excuse to look and venture where he did.

And Riboud’s camera did take him far. While he is best known for his work in North and South Vietnam as well China, he also photographed in Afghanistan, Iran, Russia, Cuba, West Africa and countless places in between. Wherever he went, he trusted his eyes. For example, despite the countless iconic photographs he produced in China, he never considered himself a specialist of the country. Instead, he relied on what he saw on the ground to guide him. He liked to say that the truth is always there, in front of you—and it’s up to the photographer to go out and find it.

Among his many travels, he particularly enjoyed returning to old haunts, all over the world. For example. going back to Yugoslavia in the early 2000s, nearly 50 years after his first visit, was a fascinating experience. He always loved to see how countries evolved over time. The question of what is permanent and what is changing has been a lifetime preoccupation—he thrills in finding the threads of continuity amidst our ever-shifting world. As Riboud once said, “Photography cannot change the world, but it can show the world, especially when it changes.”

One bit of continuity in his own life was his unwavering belief in the power of composition, alluded to by his belief in the educational value of the great masters of painting and art. Indeed, he was never particularly interested by the camera itself, various films or photographic papers. The materials were just tools, animated by the person behind them. What was essential for Riboud was the shape and balance contained in each image.

Does that mean he depended, for all these years, on mere beauty to support his work? Perhaps, but in beauty lies the truth. As the great French artist Pierre Soulages wrote about his peer “[his pictures] give us the overwhelming feeling, at once tonic and painful, of being in the world, of being alive, of belonging to an unending whole.”

Editors’ Note: This feature was put together with help from Riboud’s wife, Catherine. On August 30, 2016, Riboud passed away in Paris. Even into his 80s, Riboud remained remarkably focused: “My vision of the world is simple: Tomorrow, each new day, I want to see the city, take new photographs, meet people and wander alone.” 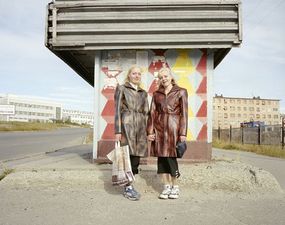 Motherland
Simon Roberts
A twelve month journey across the face of Russia in 2004-2005 delivers unexpectedly vibrant images and a compelling first person report. See some of the photographs, listen to an audio interview with the author/photographer, Simon Roberts, and... 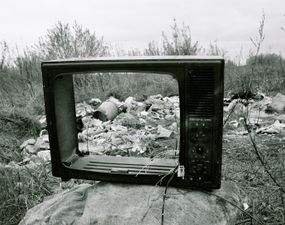 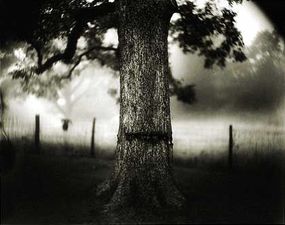 Sally Mann Speaks
Sally Mann
The ground-breaking photographer spoke at a benefit fundraiser for San Francisco’s PhotoAlliance, where she showed and discussed her current work. 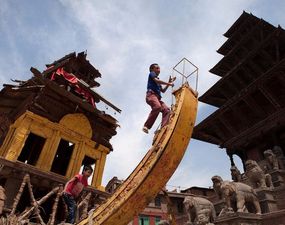 The Ground Beneath Our Feet: Two Views from Nepal
Nirvair Singh
Two photographers survey the devastating aftermath in Nepal—and allow us to see the awe-inspiring potential that remains in the hearts of the Nepali people. 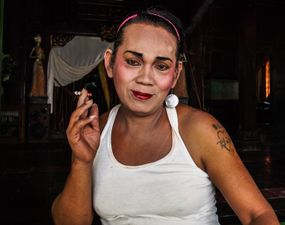