Video interview
Rape of a Nation
An unflinching, outraged report about the ongoing human tragedy occurring in the Congo—along with a video interview with the photographer behind these powerful images.

Photographs and text by Marcus Bleasdale

Rape of a Nation
An unflinching, outraged report about the ongoing human tragedy occurring in the Congo—along with a video interview with the photographer behind these powerful images.

“For a lot of photographers, the photograph is the ultimate goal. But for me, it’s the start of the process…it’s not the individual photograph, it’s what you do with it and who you engage with it that makes it powerful.”


The continuing human tragedy of Congo is not a statistic. It is a continuing human tragedy. It is fourteen hundred and fifty tragedies every day. It is countless more than that if you include the orphaned, the bereaved, the widowed, and all the ripples of truncated lives that spread from a single death. It is you and me and our children and our parent, if we had the bad luck to be born into the world this book portrays.

But Congo has one secret that is hard to pass on if you haven’t learned it at first hand. Look carefully and you will find it in these pages: a gaiety of spirit and a love of life that, even in the worst of times, leave the pampered Westerner moved and humbled beyond words.

—Excerpt from the foreword of The Rape of a Nation 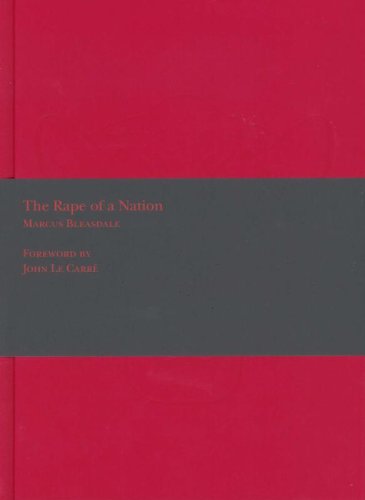