Feature
Summer Camp
In this beautiful monograph, Mark Steinmetz distills the timeless adventure of American summer camp into a series of tender observations on the nature of adolescence.

Summer Camp
In this beautiful monograph, Mark Steinmetz distills the timeless adventure of American summer camp into a series of tender observations on the nature of adolescence. 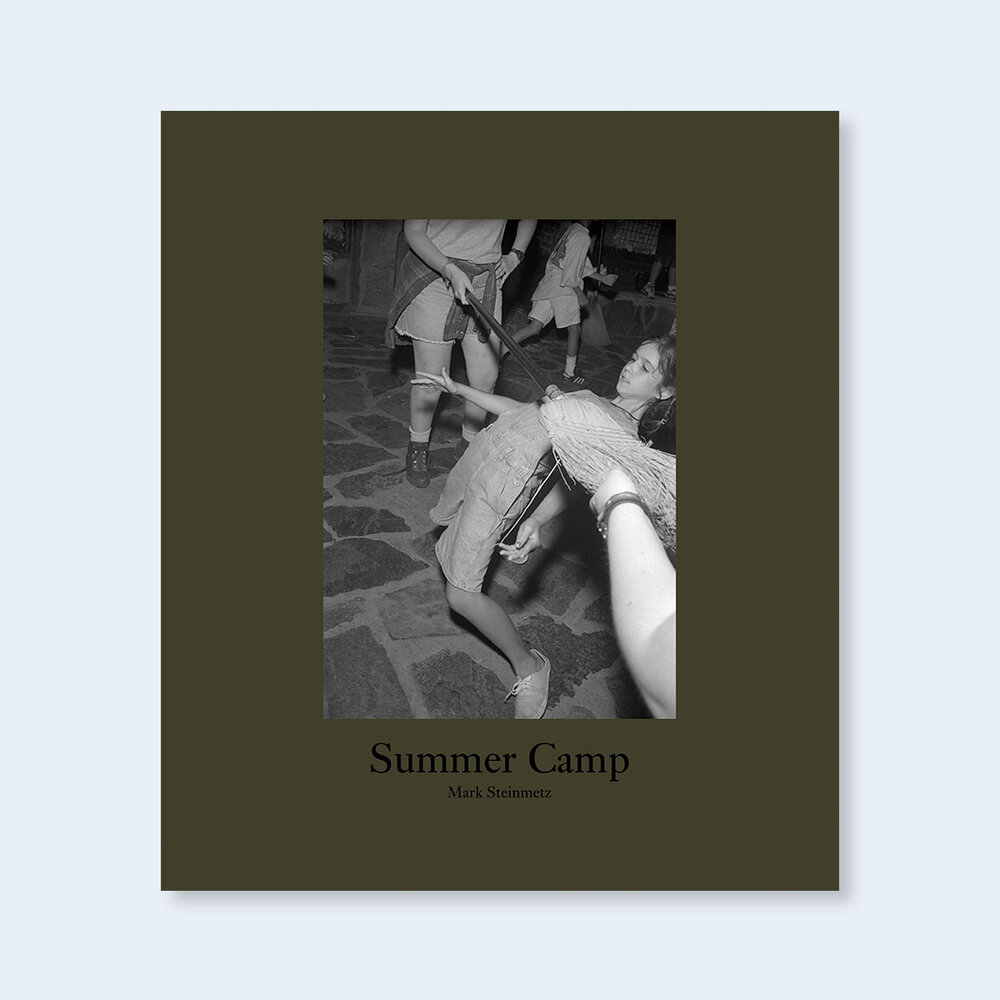 Mark Steinmetz’ Summer Camp is a journey that starts with a road trip by bus out of town, into the woods, and arrives in lake country where camp life awaits. The call to adventure promises bunk beds, communal dining, activities in the woods, swimming in the lake, and camp fires at night. For children who are just beginning to navigate the world on their own, camp life presents an alternate world for them to explore.

Summer Camp was made between 1986 and 1997 at camps in North Carolina, Massachusets, Wisconsin, Illinois, and Georgia. The project marks a departure from the earlier photographs Steinmetz had been making on the streets of LA and New York; his interest had turned towards making a coherent body of work by focusing on a particular subject for a longer period of time, an approach that continued in all his subsequent work.

During the early years working on Summer Camp, he also photographed little league baseball players in the spring and carnival crowds in the fall. All three bodies of work examined a specific subject matter at a specific time of year, and, as in the case of Summer Camp and little league baseball, a specific age. Although the work was made over two decades, his approach draws out elements that withstand generational or topical change: moments of thoughtfulness and affection; expressions of humor and playfulness; the quiet of rest found in solitude.

Steinmetz initially gained access to various camps by working as staff. In some places he taught photography, collecting items in the woods with the children and then returning to the camps’ darkrooms to make photograms. Other years, he was hired as a camp photographer for promotional material, official publications, portraiture and so on. The work was shot on both 35mm and medium format film and maintains a visual coherence reflected in the tonality and technical approach to the subject matter.

With the timelessness of his black and white photographs, Steinmetz captures the physicality and emotional vulnerability of adolescence. A child is still small in the world, the emotions poignant, less constrained by time. In the small, private world of summer camp, the securities of home are replaced by the rustic setting of cabins with bunk beds and screen doors, while flashlights replace reading lamps and firelight replaces television.

The sequencing of the book travels through a typical weekend of camp experiences, but the distinction between the different summer camps is never apparent. Here are children playing in the lake; there they relax in the afternoon, reading, drying off, spending moments alone; over here gathered around the breakfast table, dewy-eyed and still dreaming. In the end, Summer Camp finishes with the perennial event of any camp retreat: bonfires and candlelight rituals. The final image of the book is of a bus waiting to leave the next morning. Children embrace in the shared emotional experiences and new found friendships made at camp.