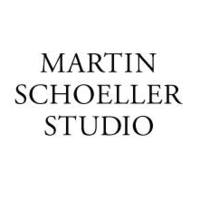 Are you a portrait photographer? We’re seeking compelling portraits from all over the world! Enter the Portrait Awards 2018 to receive exhibitions at Photo London and in Arles, projection of your work at international festivals, written feedback, and more. Show us your work today!

As a young man, the German portrait photographer Martin Schoeller saved up everything he had and moved to New York. After three months, he was back in Germany, jobless. But he persisted, came to New York again and this time landed a job in Annie Leibovitz’s studio.

Today, Schoeller shoots portraits for some of the biggest magazines and clients in the United States. Here, he talks about his editorial work and personal projects while sharing a wide range of insights on what it takes to be a great portrait photographer in the 21st century.

LC: As a portrait photographer employed by many major magazines in the US, you are hired to turn out an appealing, oftentimes “perfect” product. For example, GQ is unlikely to publish an image where their cover star looks less than perfect. Is this something you struggle with creatively? If so, how do you combat it?

MS: It’s true: most magazines, especially fashion magazines, tend to portray their cover stars in the most glamorous, heroic light. It’s a style of photography that I can do, and I’m happy to do it. But in addition I also try to take more intimate, less posed photographs—my “Close Up” pictures, for example—that are less flattering. The images in that series aren’t retouched, only color corrected and thus are incredibly honest. I think all photographs lie, but some more than others.

Often, I also try to find a conceptual idea that offers a surprising element, a different perspective on somebody…maybe an idea that pokes a little fun at my subjects, trying to make people laugh, to reach people’s humanity. Practically, every time I shoot, I have at least three different setups: one for beauty—very flattering, my close-up setup and a conceptual, idea-driven set.

LC: Outside of magazine work, you’re well-known for your “Close-Up” series. Can you tell us about it?

MS: In my “Close Up” series, I’ve photographed many different people from all walks of life over the last twenty years. I’ve used the same lighting, the same cropping, the same style. My goal is to represent all my subjects on a level democratic platform that invites comparison. Where the viewer’s ideas of beauty and fame are challenged.

MS: I started photographing people on the street early in my career—back then, I didn’t have anybody famous to photograph, since nobody was giving me jobs, so I ended up taking pictures on street corners here in New York.

As such, this portrait series of homeless people, #SycamoreandRomaine, is a continuation of my previous work. Specifically, this project started out as a fundraiser for a food coalition that was founded by a couple of friends of mine. But it has now grown into something bigger than that. Through these photographs, a lot of people have gained insight into and interest in people living on the street, into the many people who are struggling. It has been very rewarding reading the comments on my Instagram feed. People really seem to appreciate learning more about why people end up living on the street. I have learned so much myself from the almost 300 people I have photographed and interviewed on the very same street corner.

LC: Even though it looks like the format is very similar—both these portraits and the previous close-up portraits you’ve made have a similar composition—did you approach this project in a different way in terms of setup, technique, mental approach?

MS: Oh, no, the setup is exactly the same! I mean, for me, it’s almost easier to connect with people living on the street than it is to make a connection with famous people.

First of all, the people on the street have more time—you can hang out with them, chat with them, have a cigarette with them, it’s a much more relaxed setting. When you photograph famous people for magazines, you have to deal with everybody’s agendas: publicists, subjects, magazine editors and my own. That makes an editorial shoot a much more intense situation than when you can just hang out with somebody and ask them some questions about themselves with little pressure.

LC: Stepping back: what is it you enjoy about portrait photography?

MS: Mainly that I get to interact with all different kinds of people and travel to incredible places. I am a curious person and photography allows me to explore. This afternoon, for example, I’m going out to a hospital in Colorado to photograph some of their patients and listen to their stories. Then to Los Angeles to photograph Arnold Schwarzenegger. I will probably also fit in a day at Sycamore and Romaine while there. Last week, I was in Davos for the World Economic Forum photographing billionaires…I feel very lucky in that regard, my days are all different.

LC: I read that you worked with Annie Leibovitz when you first moved to New York. What are a couple of things you picked up from her process?

MS: I was very inspired by Annie. The number one thing that I learned from her was dedication—she is just so obsessed with photography. She is constantly thinking and brainstorming ideas. Every photo she took required an immense amount of thought and production.

Photography is at the front of [Annie Leibovitz’s] mind all the time—she fully immerses herself in it.

She was always mulling over concepts, setups, styling. I also learned to think big from her, to not limit my imagination.

LC: Looking back at your work, what are some of your favorite photographs that you’ve shot? Are there some unpublished frames that have personal resonance for you, for example? What makes them special to you?

MS: Well, my favorite photos are definitely the ones published in my books. I’ve been lucky enough to have made several very different books. One of my favorite photo shoots was Johnny Cash—though I wish I’d had him a few years earlier, and I wish I’d been a better photographer that day.

When I think of “my favorite photo,” it’s tied to the people I shot.

With portraits, so much of it is the experience, the conversation, the interaction.

MS: Yes. Absolutely. Get off your phones and computers—they don’t take good pictures. Everybody is so obsessed with them now; we are all turning into constant consumers. Original ideas come from experiences and the people around you. How can you see them if you’re buried in your phone rather than interacting with the people in front of you?

Connect with people. Portraits are so tied to the interactions you have.

Also, produce a ton of work. Get out and make images. I think it’s actually better to shoot a ton of pictures rather than spending your days looking at other photographers’ work. You have to get out on the street if that’s what you’re interested in. But go out with an idea.

Also, produce a lot of work, rather than spending your days retouching mediocre images. Don’t spend too much time looking at other people’s work, it just makes one feel that everything has been done. You have to get out, get out of your comfort zone. Being a photographer is a job, it’s work. These days, everyone is a photographer. It’s important to be different, original.